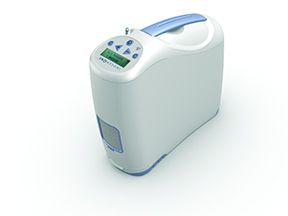 Rick Durden’s advice to use a pulse oximeter at altitude (November 2012 Aviation Consumer) and to start oxygen early is excellent, but oxygen saturation is only part of the picture. What really counts is your body’s ability to carry oxygen and release it when needed. The carrying capacity is a product of how many red cells you have, and release is increased when you acclimatize to altitude.

Acclimatization takes weeks. I live at 8500 feet and when I get home after a month at sea level, the local four-year-old kids outrun me. If the oximeter says 95 percent but you feel out of sorts, try some oxygen.

Our compliments to editor Rick Durden on the article about bottled oxygen alternatives. Hypoxia is an insidious problem that impacts pilots in various ways, with the worst part being decreased cognitive abilities when you need them most. Human physiology shows that no two individuals respond the same in all environments. An oximeter is a “must have” for all pilots. It’s an eye-opening experience to test and compare results from different people in flight.

What was missing in Mr. Durden’s analysis was the other tangible costs of owning and filling oxygen bottles. They must be inspected periodically. FBO prices range wildly. I’ve observed from $20 to $100 to fill the same bottle at different FBOs. A further hassle is that the FBO needs to be open, have the time and trained staff available to do a fill and possess the correct physical interface to fill the particular type of  bottle.

Oxygen bottles are also a serious potential hazard in an accident—not only might they explode, but uncontrolled flow can accelerate a fire. All of these factors lead to pilots not using oxygen as often would be prudent.

Oxygen concentrators, as described in the article, manufacture oxygen “on the fly,” delivering an inexhaustible supply that does not have to be stored in tanks. As prices of concentrators continue to drop, we can expect to see them replace bottles and dominate this crucial safety function, making pilots less hesitant to use the oxygen they truly need.

I suggest that every single post-maintenance/upgrade flight deserves equal attention. I’ve had some truly bad experiences. A mechanic adjusted the aileron stops on my Mooney 25 during an annual. All seemed fine during the preflight. On breaking ground, the airplane wanted to roll hard left; it took my leg under the control wheel to keep it upright.

After an avionics upgrade, I got into the airplane and noticed the right and left seats had been swapped. The invoice showed there had been a test flight, which would have been impossible, as the seat belts would not work in that configuration.

Another time, a fuel line had not been reattached correctly, resulting in fuel flowing out and onto an exhaust pipe.

In my Aerostar, a routine radio check, pitot-static certification and replacement of a vacuum pump finished up on an evening when the weather was low overcast. I elected to wait to depart until the next day and was given a hard time about being a chicken.

The next morning was CAVU. Preflight and runup were normal. On breaking ground, I lost all air instruments, airspeed, VSI and altimeter. After flying the pattern and landing, I returned to the shop. A technician had rerouted some air lines to “make them more efficient.” When I pulled the yoke full aft during the control check prior to takeoff, it had snagged and disconnected those lines.

These, and other events, happened at various facilities around the U.S. There cannot be enough said about the responsibility of the pilot to be diligent in inspecting the airplane after anyone touches it, including refueling.

Correction
In the FSS Remap article in the December 2012 issue, we incorrectly said that in-flight alerts for an area 50 miles on each side of the flight plan route will eventually be sent via Spider Tracks. The in-flight alerting system via Spider Tracks is already in operation. It covers a total width of 50 miles, 25 miles on either side of the flight plan route.