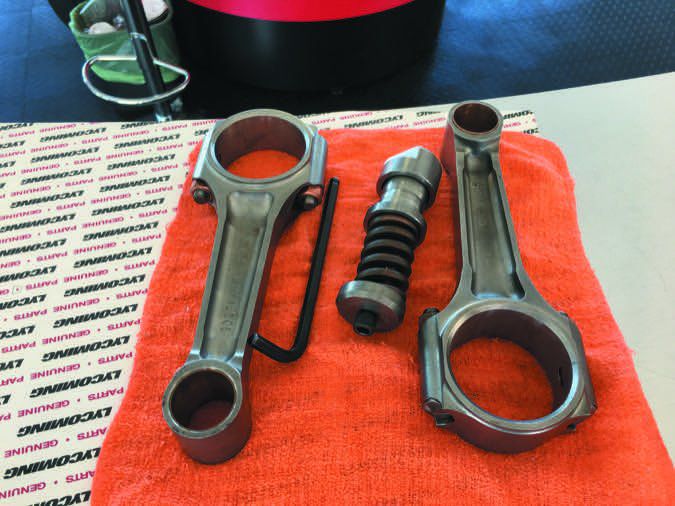 As we go to press in early August, Lycoming, field shops and owners were struggling to clarify a service bulletin that requires inspection and possible replacement of connecting rod bushings in hundreds of Lycoming engines. The mandatory service bulletin—SB632—was announced on July 17, just ahead of AirVenture. Two weeks later, shops tell us they are still fielding calls from worried owners trying to understand the scope of the bushing issue.

According to Lycoming, the problem came to light after a number of engine failures—Lycoming isn’t saying how many—were traced to small-end connecting rod bushings that allow too much side-to-side play between the rod and piston, causing rapid wear and catastrophic damage. Further, fields shops were returning bushings shipped through the normal supply chain to Lycoming because they fit incorrectly. Two shops we spoke to—Penn Yan Aero and G&N Aircraft—reported partial or catastrophic failures in engines they had overhauled.

The SB has urgency, requiring owners of all engines overhauled during the affected period to have them reviewed for use of suspect bushings and to potentially be inspected within the next 10 flight hours. The bushings in question were supplied by Lycoming and shipped from the factory between Nov. 18, 2015, and Nov. 15, 2016. In addition, a number of rod/bushing assemblies shipped during periods between Jan. 4, 2016 and Feb. 2, 2017, are also subject to the SB.

Although potentially thousands of engines are impacted, as of late July, Lycoming had identified about 1300 factory engines that may require inspection and/or bushing and rod replacement. In an interview at AirVenture in late July, Lycoming general manager Michael Kraft said the 20-page service bulletin, which lists everything Lycoming builds, may overstate the breadth of the problem.

Kraft said the factory engines are defined by serial number range and not necessarily all those are affected, but a subset. “If you had your engine manufactured or overhauled outside [of the factory], we encourage people to contact the service provider and find out if the bushings were used. These are bulk parts and the service provider should have records if they used bushings from the affected lots,” Kraft explained. The first step is a paperwork exercise to identify when the engine was overhauled. If it was done before the earlier 2015 date, the SB has no effect. Also, if you bought a Lycoming engine or overhaul that isn’t on the list, you’re similarly not affected by the SB.

However, Lycoming support for field shops performing the inspection is murkier. Lycoming first said owners should expect warranty performance from the shop that did the overhaul, but when we bluntly asked if Lycoming will or won’t give the shops a labor allowance, Kraft said this: “Call your service provider. They obviously have their warranty in terms of what they provided and we also want them to call us so we understand whether they had an affected lot or not,” Kraft said. When pressed for a yay or nay on a labor allowance for field shops, Kraft said they should call Lycoming for a determination.

One well-regarded shop in California, Ly-Con Aircraft Engines, told us that it built about 300 engines during the suspect period. Ly-Con’s Ken Tunnell said the shop wasn’t sure how many would require inspection. As of press time, Lycoming had published a refined version of the bulletin potentially providing some relief from inspection for shops who had the means to verify that rods and bushings were installed to spec.

If an engine has to be opened for inspection, the SB requires that the cylinders be removed and the pistons withdrawn and removed without exposing the rings. This is intended to minimize the need for additional parts and labor hours. Lycoming has developed a special tool (see photo above) to exert calibrated side load on the small-end bushing. If the bushing moves under the load, the rod has to be removed, rebushed and reinstalled. None of the shops we spoke to believed Lycoming’s labor allowance was adequate, especially if bushings have to be replaced.

The shops we spoke to said Lycoming had always stepped up in supporting such warranty and inspection work in the past, but all were worried that the company was vacillating on the rod bushing bulletin.

“I’m sure my stuff is good, but I have to go back and comply with the inspection requirement,” said Ly-Con’s Tunnell. “On an issue like this, they’ve got PMAers out there wanting to take business from them. I’ve always been under the impression that if I stand behind the OEM, they would stand behind me,” Tunnell added. In a follow-up interview, Kraft was still noncommittal on what support Lycoming would provide beyond just replacement parts. But he said any shop should contact Lycoming through normal support channels before billing customers as they proceed with the inspections. All of the shops we spoke to said whether Lycoming pays for the inspections or not, they would honor warranties with customers.

We estimate that about 1000 engines outside the Lycoming factory system might be affected, but it’s not yet known how many of those would actually have to be inspected. Kraft said initial inspections revealed that about 10 percent of the opened-up engines had the bad bushings.