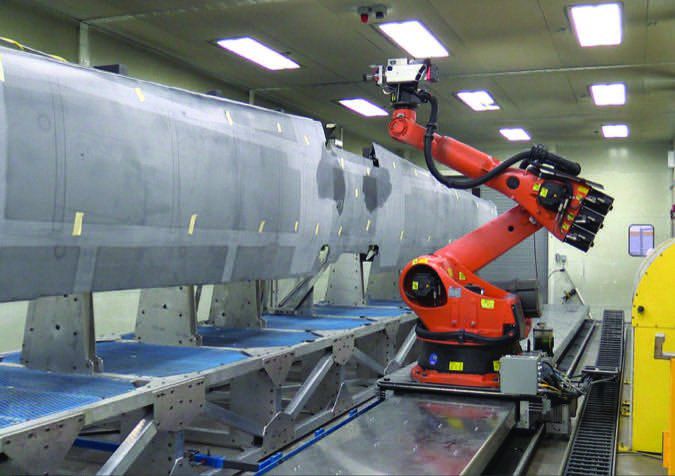 The Unending Quest For Efficiency

When I asked Cirrus manufacturing VP, Rick Hollander, if adding the SF50 Vision Jet to the assembly line was like tossing a rock in a quiet pond, he had a ready answer: “More like a boulder,” he said.

It’s easy to see why. Although it has expanded with off-site annexes, the basic footprint of the Cirrus factory hasn’t changed appreciably since the first airplanes were delivered in 1999. But it has undergone substantial reorganizations and yet another was underway when we visited Duluth in August 2017.

At peak production a decade ago, Cirrus was building more than 700 aircraft a year, but more recently, that number has been less than half that. For 2017, total SR-series production was expected to be the highest since the 2008 downturn, at about 350. Jet production is ramping up to about one a week and will be twice that rate by the end of 2018.

There’s obviously a method to all of this, but it’s not a process that benefits from stasis. Making even minor changes to a production line, says Hollander, causes instability in workflow that ripples through the entire line and slows overall output.

Cirrus does its primary composite work in Grand Forks, North Dakota, 267 miles west of Duluth. Cirrus split the factory for the simple reason that Grand Forks offered an attractive deal, leasing a building that the city actually owns.

Once a week, a truck carrying fuselage and wing halves and the entire carbon fiber fuselage of the Vision Jet arrives at Duluth from Grand Forks. The parts are prepped and gritted, then essentially glued together using heat-setting adhesives cooked in low-temperature ovens.

Although there’s evidence of automation here and there, assembly of both the SRs and the jet is handwork intensive. We saw lots of workers using power sanders to clean up the subassemblies before moving them to what Cirrus calls the mid-assembly line. That’s where the aircraft is winged, its complex center console is installed, the airframe is wired, engines are hung and windows are installed. At the current production rate, the SR airframes move to the next station every 5 hours.

At the end of the mid-assembly process, the aircraft are towed down the street to a new, state-of-the-art paint facility Cirrus just opened in early 2017. Paint takes a couple of days for the basic work, but a week of additional detailing before the airplane is ready for delivery. Between initial paint and final detail work, the airframe returns to the main factory for final assembly work.

Every two years, Cirrus reviews its production flow looking for places to shave hours off the build time. That includes videoing some of the processes and reviewing the results with floor workers to refine the flow and find efficiencies. They’ve been at it long enough that the gains are coming in minutes, although on the newly formed jet line, hours are up for grabs.

Aircraft factories—save for Boeing and Airbus—generally lack the automation that’s commonplace in automotive plants. But that’s not to say Cirrus makes no use of it. In a segregated cell at the end of one building we saw a rail-mounted CNC drilling machine boring holes in wing and fuselage assemblies. “A lot of people put in technology because it’s sexy. But if there’s not a return, we’re not gonna do it,” Hollander said, telling a story we’ve heard before. “But what we’re finding out as we incorporate the jet volume, we’re reaching that threshold where maybe robotics do make sense. And maybe an electronic work order system makes more sense than the old paper system we’ve been doing for 20 years,” he adds.

Ten or 20 years from now, will there be major efficiency gains in aircraft production? Hollander doesn’t think so. The company considers it a victory if it can retain trained workers, hit its quality targets and keep costs flat.