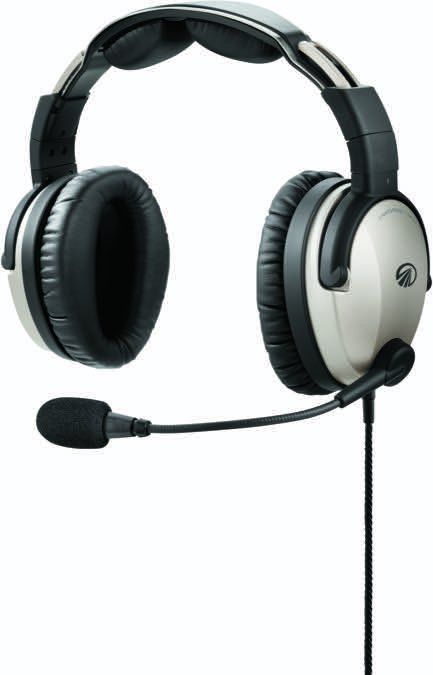 While I was recently shopping at BestBuy for a wireless music speaker, a salesperson who arbitrarily remarked that Bose was the best got me thinking about pilots shopping for premium aviation headsets, a market dominated by Bose and also Lightspeed for as long as I can remember. While Bose may be the most recognizable name in both the consumer audio and aviation headset markets, don’t forget that Lightspeed Aviation was a major force in shifting the market from passive to active noise cancelling headsets in the early 1990s. It sold something along the line of 300,000 sets before eventually trying its hand at wireless and software-driven models (both greeted with lukewarm reception), then recently shifting focus to the more utilitarian Zulu3 model. At $850 it easily holds its own against the pricier $1100 Bose A20.

Meanwhile, a sizable chunk of competitors, including Sennheiser, Beyerdynamic and Harmon AKG, threw in the towel. These are long-established and respected specialty audio companies (I use Sennheiser gear in the guitar studio and consider it benchmark quality), but couldn’t survive against Bose and Lightspeed in the premium headset space. Veteran David Clark still stands with the credible $695 Pro-X ANR model.

In the July 2017 issue of Aviation Consumer, we awarded the Lightspeed Zulu3 an editor’s choice award and said it was the best mid-priced ANR headset, but Lightspeed’s Allan Schrader was quick to counter that the company doesn’t consider the Zulu3 a mid-priced model. Depending on what you’re willing to pay for a headset, you might feel the same way. Still, with a price of $850, it’s $250 less than the Bluetooth-equipped Bose A20. That’s a sizable spread and when talking about premium aviation headsets, some might consider the Zulu3 to be mid-priced when the most expensive one is $1100. Who knows? As grim as it may sound, with no fewer than three major brands vacating the under-$1000 category, maybe someday there won’t be enough choices to even have categories. The shrinking pilot population isn’t the only reason the headset market is thinning out. The market is simply saturated.

Lightspeed’s Schrader recognizes that the pool of qualified buyers needing a premium headset continues to shrink because the majority of them already have them. Moving forward, I wouldn’t expect to see much of a change. If you haven’t shopped for headsets in a while, you won’t have to worry about being swayed by standard features because the Bose A20 (the flagship model equipped with Bluetooth) and Lightspeed Zulu3 are nearly an equal match when it comes to battery life, volume controls and other features buyers expect in a premium headset.

Schrader, who spends most of his time when he’s at tradeshows working in dealer booths (sometimes selling competitors’ headsets when buyers want them—which has got to be painful) admits that quietness just isn’t the biggest distinction among premium ANR models these days, and after trying them on, buyers usually concur. Instead, the fighting ground ultimately comes down to comfort, which is determined by personal fit. There’s also the durability factor, something Lightspeed has addressed in the all-metal Zulu3 by adding Kevlar audio cables and extending the warranty to seven years.

After watching ANR headsets evolve and ultimately mature over the past 20 years, I’m not sure Lightspeed or Bose can make a headset that’s substantially quieter or even more comfortable than they are now, which are the two main metrics that drive a buyer’s willingness to upgrade. If you’re among the willing, how might you choose either a Bose or Lightspeed? Just like picking a music speaker, it’s simple—try them both. No matter your brand loyalty or budget, you will know which one is the best only after you fly with each.