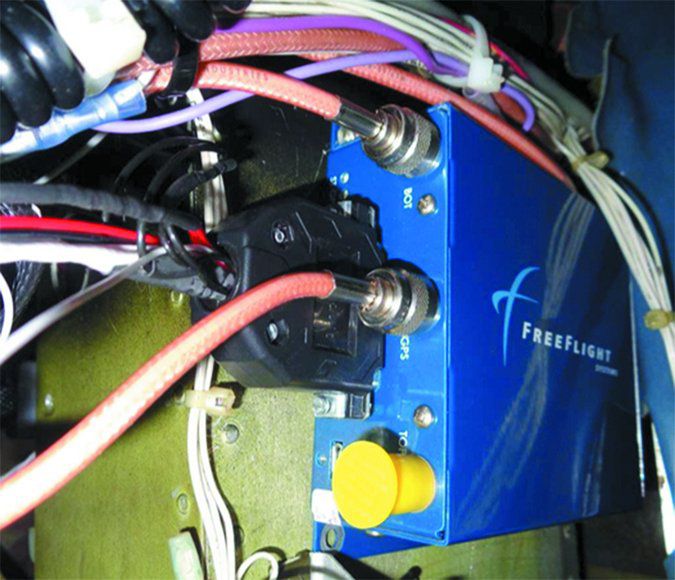 As you probably heard, the FAA is offering a limited first-come, first-served $500 rebate for certain mandate-compliant ADS-B equipment installations. This isn’t a generous gift to aircraft owners, of course. Obviously, it’s the FAA’s first effort (there could be more) to get owners into avionics shops to have ADS-B Out equipment installed before the end of 2019. While the ADS-B market has become sharply competitive, the decline in equipment prices hasn’t exactly created a surge of upgrades. The FAA says about 18,000 GA airplanes and 500 or so commercial aircraft have equipped so far. That means as many as 150,000 still need to be equipped in the remaining 42 months. After paying for a basic $4000 ADS-B project, eventually finding a $500 check in the mailbox is better than nothing. But, there’s a dilemma, which is stirring competition.

My local avionics shop, VIP Avionics in Hartford, Connecticut, told me the program is backfiring, at least on a shop level. The problem, according to VIP principal Barbara Rowley, is the timing of the incentive. Since the funds won’t be available for a few months, many customers who committed to immediate ADS-B installations are putting the brakes on. “We can’t close our doors for the summer while the FAA puts the program in action,” Rowley said. A federally mandated waiting period means the program won’t launch until September 2016. According to Rowley, roughly 75 percent of VIP’s installs scheduled between now and September include an ADS-B solution. Several other shops I spoke with expressed similar concerns. Even manufacturers see the program backfiring, so some have created their own incentives. This is good.

“The last thing we need is another reason for ADS-B buyers to wait, which is exactly what this FAA announcement did—freezing the market for the next 90-120 days,” Avidyne’s marketing director Tom Harper told me. As a result, Avidyne announced its Don’t Wait rebate program. It’s offering a $500 instant rebate on its line of ADS-B Out compliant products on purchases made between June 17 and September 30, 2016, for installation in U.S.-registered single-engine piston airplanes. Avidyne isn’t the only manufacturer stepping up.

FreeFlight Systems’ $500 Bridge Rebate program covers products from the company’s RANGR Blue ADS-B and WAAS GPS product families. Put a system in now and FreeFlight will send you 500 bucks. Already bought a FreeFlight solution? The company is going one step further and offers a $100 rebate to its customers who took delivery of eligible systems between January 1, 2016, and the present day. Unlike the FAA’s program, FreeFlight says its Bridge Rebate extends to all U.S.-registered fixed-wing and rotorcraft makes and models and is not limited to one per owner. This might have appeal to fleet operators and flight schools. I asked L-3 Avionics and Garmin if they plan to offer similar programs, but as we go to press, they are not. Garmin said it’s planning future incentives to make an ADS-B investment very attractive. NavWorx is collecting $190 deposits for its systems while buyers wait for the FAA’s incentive to get rolling. The FAA’s incentive program has specific rules and limitations.

Only U.S.-registered fixed-wing piston singles are eligible and the Version 2 ADS-B Out equipment must be TSO-certified. Begin by completing a rebate reservation application, which is valid for installations performed within 90 days. The FAA estimates that only 20,000 reservations will be available and once they’re filled, the program ends. Once the equipment is installed, you have 60 days to fly the aircraft in ADS-B airspace for at least 30 minutes, with at least 10 aggregate minutes of maneuvering flight to validate a passing performance report and an incentive code for claiming your 500 bucks.