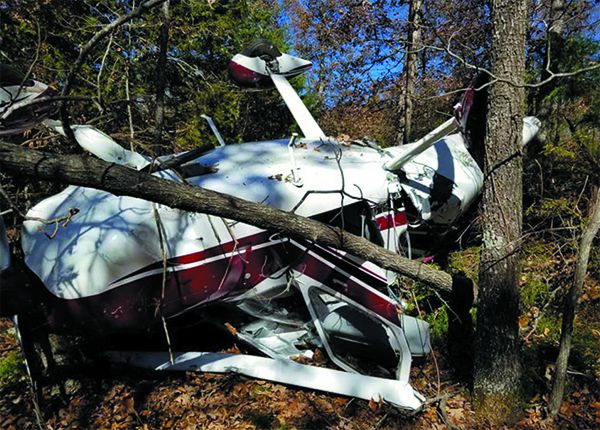 The NTSB holds a fascinating position in our government—it is the righteous gadfly buzzing around the federal regulators of transportation safety, annoying them, criticizing them and constantly urging them to act more resolutely to decrease the number of deaths and injuries to Americans due to any mode of transportation.

The NTSB has no regulatory power. It can only recommend. It regularly supports its recommendations with accident data, of which it has long been the storehouse, something that is, in itself, a national treasure.

Strangely, the NTSB has recently taken the incredibly stupid step of making its library extremely difficult to access and may have made some aviation accident reports impossible to find.

As part of putting together the Used Aircraft Guide each month in this magazine, I go through the 100 most recent NTSB reports for the type of airplane being reviewed. Yes, reading all of those reports is time-consuming. However, until a year ago, getting access to the actual reports was a snap. The NTSB’s search engine for its aviation reports was nothing short of wonderful—intuitive and user friendly. Within 15 seconds I could input a search for all of the accidents of an aircraft type within a desired date range.

Things went south for those desiring aircraft accident data when the NTSB imposed its new CAROL (Case Analysis and Reporting Online) search engine near the end of last year. Now, anyone who wants an aviation report for an accident that occurred after Jan. 1, 2008, faces a user unfriendly, counterintuitive and endlessly confusing task.

When I was suddenly faced with using CAROL for the first time to obtain the needed accident reports for the UAG accident summary, I couldn’t make it work. I printed out the “CAROL Guide,” which turned out to be 12 pages of instructions written in jargon that proved to be no help. Eventually, I ran out of time, so that month our UAG appeared with accident data only for accidents prior to 2008.

The next month I set aside additional time and kept careful notes regarding menus and where needed inquiry topics were buried. I also figured out that if I wanted to do an advanced search—in reality, any basic search in which I don’t have the aircraft N number—I had to ignore everything in the lower 98 percent of the main screen and move completely off of the top of the highlighted blue background portion of the page to a spot where one was least likely to look to click on “advanced search.” While the NTSB has been among world leaders in emphasizing the importance of human factors in aircraft design and operation, its search engine designers missed all of the briefings.

I never received a response to the emails I sent to the CAROL help address.

I note that the old search engine is still the vehicle for pulling up pre-2008 accident reports. With this, I’m asking the NTSB not to screw that up as well.

As I’ve spent more and more time using CAROL, I’ve also become concerned that some accident reports for 2008 and 2009 may be missing. I have no way of knowing for certain, but when I do a search for an aircraft type I have developed a feel for how many there will be per year—it’s the law of large numbers. The results I’ve gotten for the first few years covered by CAROL seem low. I may be wrong, but I’m concerned that reports are either missing or the search engine is not finding them.

CAROL is hands down the worst search engine I’ve run across in the aviation safety world. Until the NTSB shows that it can develop and operate something as basic as easy access to its accident data, how can it expect its safety recommendations to be heeded? —Rick Durden