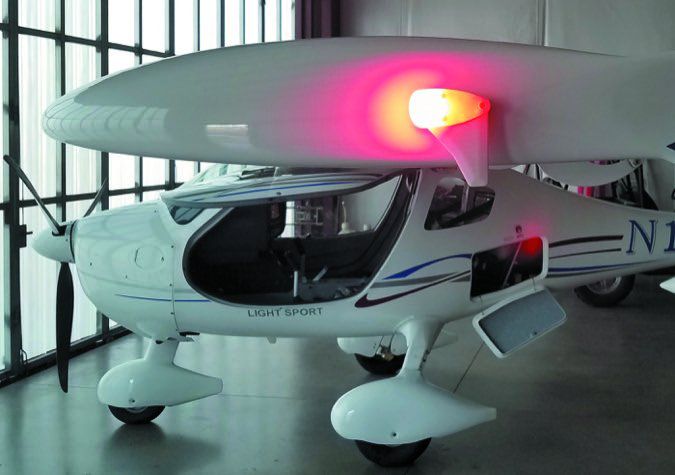 In each July issue of Aviation Consumer we pick 12 products, services or companies that were standouts over the editorial year. You know, the best of the best. We don’t take our Editor’s Choice Gear of the Year awards lightly, but when we handed the keys to Cirrus Jet N52CV back over to Cirrus’ Matt Bergwall after flying it halfway across the country (and spending a couple of days on the factory production floor) we knew we had this year’s winner.

The SF50 is everything Cirrus said it would be, which is a reasonably easy step-up jet for pilots who have mastered the SR22 piston single. It certainly isn’t the fastest or sexiest-looking small jet, but the tradeoff is that buyers get a taste of the jet world at a cost that isn’t stupidly expensive. A spacious cabin, well-thought-out Garmin G3000 avionics and pleasant flying characteristics add to the jet’s overall appeal.

Typically equipped, a Cirrus Jet will set you back $2.1 million and that isn’t chump change, but in our estimation buyers will get one of the best-valued high-end personal aircraft we’ve flown. Read all about the Cirrus Jet in the October 2017 Aviation Consumer.

At press time, uAvionix says it’s on the verge of earning TSO certification for its $1800 skyBeacon ADS-B Out system. The device turned heads last year for its clever wingtip position light design and for a bolt-on installation that can take as little as one hour to install. The skyBeacon has a built-in mandate-approved WAAS GPS, plus a wireless transmitter for configuration and diagnostics. uAvionix has been selling the skyBeacon for LSA and experimental aircraft and is working on a follow-on product that has a strobe light interface. Visitwww.uavionix.com.

The way we see it, everyone should have a portable comm radio in the flight bag for emergency backup. For others, a portable might be the primary radio. The GPS/GLONASS-equipped Icom A25N is the company’s latest-gen portable radio that has impressive battery life, a rugged build quality and a solid-performing 6-watt transmitter. The A25N—which has a VHF navigation receiver—is the first aviation portable with a smartphone app (RS-AERO) interface for building flight plans to export them (via Bluetooth) into the radio for basic navigation. The radio stores plenty of frequencies and has NOAA Weather Radio. The A25N is street-priced around $500. Visitwww.icomamerica.com.

For pilots who want cutting-edge engine technology, we think the new Rotax 915iS—a derivative of the company’s good-performing 914-series engine—qualifies. At 135 HP, the turbocharged Rotax 915iS is the company’s most powerful engine that it has certified for production aircraft. With an electronic prop control and automatic leaning, the market for the single-lever 915iS is still somewhat unknown, plus its increased weight over other Rotax offerings could be a challenge for fitting it in some LSAs. Still, we welcome new aircraft engine tech and the Rotax 915iS is the poster child. For more, visitwww.rotax.com.

When we rounded up pulse oximeters in the September 2017 Aviation Consumer, we found that while you don’t have to spend big for good quality, the $299 Masimo MightySat provides the most data on a directionally adjustable display, it links to a smartphone running Masimo’s Personal Health app and it serves as a useful training tool for athletes. We especially like its pleth variability index, which measures a pilot’s hydration status—a concern for cognition. Visitwww.masimo.com.

At $114,500 generously equipped (and $99,500 with a single-screen Dynon display), we wouldn’t call the new Vashon Ranger low-priced (mid-priced, perhaps), but with a large, wide cabin, cutting-edge avionics and pleasant flying characteristics, we think the airplane hits a lot of high notes. Designed by Ken Krueger—the brains behind many Van’s RV aircraft designs—the all-metal Ranger is powered by a Continental 0-200D and has a relatively stark interior. Vashon saves money by buying the skins prepainted in white and finishes the airplane with automotive-style vinyl appliques. When we visited Vashon’s Woodinville, Washington, production facility this past spring, we found a level of efficiency that could actually make the LSA profitable without having to jack up the aircraft’s price. Imagine that? Visitwww.vashonaircraft.com. and see its public unveiling at AirVenture Oshkosh this summer

We like having options, especially when it comes to weather avoidance. Garmin’s GDL52 portable device combines an ADS-B weather and traffic receiver with a SiriusXM satellite weather receiver packaged in one chassis. Priced at $1199, Garmin’s GDL52 is the flagship model in the GDL50 series and has Bluetooth for connecting with Garmin’s Pilot tablet app, plus it works with the company’s Flight Stream wireless cockpit network. It can also connect with multiple displays with an optional power/data harness, while connecting with two displays over Bluetooth. If you can live without weather data on the ground (that’s where the SiriusXM receiver comes in handy), save the $400 price premium, ditch the monthly SXM subscription fee and go with the ADS-B-only GDL50. Contactwww.garmin.com.

We’ve been impressed with the quality of Flying Eyes sunglasses ever since the Texas-based company introduced the $169 Hawk convertible model, which has interchangeable temples (including a nylon strap) for a more headset-friendly fit. Since then, the company has expanded the line with a variety of frame styles that are available with prescription lenses, plus non-prescription bifocals. In our sunglasses roundup article, we rounded up close to 20 models and the $269 Flying Eyes Kestrel was a favorite among several pilots in our evaluation group because it has classic aviator styling and is available in a 130-mm-wide small frame size for smaller faces. The Golden Eagle Sport model was also a favorite for durability, comfort and athletic styling. What really sold us on the brand is a generous replacement policy and unmatched support. Check out the line atwww.flyingeyesoptics.com.

For years our eyes were peeled for the ultimate electronic checklist. While we found some good ones, none of them had the speak/listen capability we hoped for. Finally, we turned up a winner with the MiraCheck. The program runs on iPads and iPhones and there’s a somewhat less capable version for Android. In a nutshell, Mira can read the checklist to you and you can touch the screen to acknowledge. Or, you can configure the app so that she talks and you answer with “Check,” or the desired status response. As in airline flying, we think the challenge/response method of running checklists is the better way and MiraCheck Copilot does it. The Pro version is $49.99 per year, or $129.99 for life. Visitwww.miracheck.com.

If you haven’t taken an FAA knowledge exam lately, you might be surprised to learn that tablet computers and smartphones are prohibited items for bringing in to the testing room. FAA Order 8080.6 and AC 60-11 are the guides. But some flight computers including ASA’s CX-3 electronic E6-B are fair game. At $79.95, we think it’s worth stashing in any flight bag given the level of flight planning utility it offers. It has a bright display, a night mode and is roughly the size of a large smartphone. ASA did a good job of keeping the rich menu structure shallow and we found it impossible to get lost in any of its menus. The CX-3 is all about computing complex conversions, and there are 12 categories in all, including speed, distance, duration, temperature, pressure, volume, rate, weight, rate of climb/descent and torque to name a handful. Our favorite tool was the holding pattern utility. That alone could make it worth the investment. Visitwww.asa2fly.com.

We always thought it would be so much easier to update Jeppesen databases from an iPad or smartphone. Instead, you have to remember to remove the storage card from the avionics (or have a spare card), download the data to your PC or Mac, burn the data to the card and then bring the card or thumb drive back to the airplane. Bad Elf has a solution with the $250 Wombat. Bad Elf teamed with Jeppesen, which finally launched a mobile version of its JDM utility. With so many of us carrying tablets and smartphones to the cockpit, it only makes sense to be able to download nav data to the device and then use the device to do the upload in the cockpit. That’s where the Wombat—a wireless data burner—comes in. It accepts a variety of storage cards (including the Jeppesen Skybound Reader adapter) and simply talks via Wi-Fi to the tablet or smartphone to transfer the stored Jeppesen nav data onto the inserted card or thumb drive. Sweetening the deal is the built-in battery bank, equipped with USB ports for fast-charging portable devices. Visitwww.bad-elf.com.

By the time you read this, according to BendixKing’s projections it should be close to holding an AML-STC for its AeroVue Touch integrated avionics suite. In our estimation, this product has the makings of a slam-dunk winner. It has a brilliant 10.1-inch color split-screen touch display, synthetic vision, VFR and IFR charts, third-party compatibility, ADS-B interfacing—the list is long. Trouble is, we think it will be a lost ball in the tall grass unless several things happen.

The AeroVue Touch has to be certified on time and it needs the full support of the BendixKing dealer network. Neither will be easy. Plus a huge part of the product’s success rides on BendixKing’s ability to market it. Remember, the BendixKing brand name took a hit after several seemingly good products were snagged in a lengthy certification process. BendixKing told us it will be different this time. “BendixKing is benefiting from the FAA’s initiative to design aircraft based on performance and safety standards and as a result is currently experiencing a much faster certification process for AeroVue Touch,” it said on record. We’re watching and ready to report on it. Visitwww.bendixking.com.