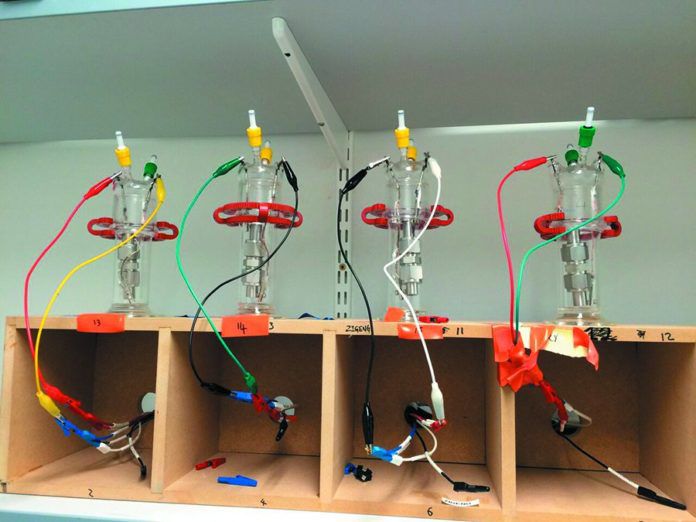 Everyone we speak to in the electric aircraft field decries the lack of progress in battery capacity. We asked Jeff Chamberlain, head of the Argonne Collaborative Center for Energy Storage Science, a leading battery research center, why this is so.

Electric aircraft manufacturers had expected battery energy density to be higher than it is now. Why isn’t it higher?

We’ve seen 5 to 7 percent increases in energy density a year. Is that the limit?

Yes, the sevenish percent improvement a year will absolutely continue. In lithium ion we can, at least theoretically, possibly double or triple energy density and have a concomitant decrease in cost. That’s going to persist for quite awhile. You do hear in the media about all these breakthroughs and that’s a combination of snake-oil salesmen and entrepreneurs and the media is complicit in this. Sometimes a report is turned into a catchphrase and that causes a bit of overpromising.

Where do you think the cost per watt hour will go with lithium ion?

What will drive future development? Will it be grid and vehicle batteries?

What will drive it is what I have in my hand. Handheld devices. What’s interesting is that although we are focused on some big-picture problems for the taxpayer, what still drives it is the handheld device. The things we invent still land in handheld devices because of the urgent market need there. And then they make their way into cars. Just now we’re starting to see vehicle makers adopt chemistry concurrent with handheld devices. But I predict it will still be handheld devices driving because these guys are under enormous pressure to develop new products in ways that vehicle manufacturers aren’t.

How about ultra capacitors and fuel cells? Will these become competitive with batteries?

Yes and no. Super capacitors are great. They do high power with thousands and thousands of cycles. But the problem with them is they just don’t store energy well. We can’t conceive of an ultra capacitor reaching anything close to the energy densities we see in lithium ion today. So you wouldn’t see the volume and in the vehicle world, volume is king. In aviation, maybe mass is king.

Fuel cells are well-functioning devices. Maybe you could put one at the base of a solar tower to electrolyze water to create hydrogen that you could then use in a fuel cell. The device works really well, but the problem is hydrogen production, transportation and storage. With electricity, there are already networks. For hydrogen, that network doesn’t exist. On top of that, if fuel cells achieved volume, the price of platinum would rise because there’s just not enough of it for catalysts. We’re working on that.

We’ve heard a lot about lithium air and, lately, lithium sulfur as the new miracle chemistries. What’s your take on these?

Our portfolio at Argonne has lithium sulfur and lithium oxygen in it, but it’s a small piece. Even though there are great discoveries going on with lithium oxygen, we are, at a minimum, a decade away from a viable prototype, let alone commercialization, which might be 20 years away. We’re further along in lithium sulfur, but we’re still five to 10 years away from a viable prototype, in my opinion, and another five to 10 years for commercialization. And by that I mean reversible batteries that you can recharge, so called secondary batteries. There are primary batteries for lithium oxygen that are out there, but they’re one use and then you throw them away.

So it sounds like if we want better batteries for aircraft, we need to be patient.

Yes, but maybe not quite as patient as you think. I’m often asked what comes after lithium ion and the answer is lithium ion. We are changing the chemistry inside lithium ion cells in order to get to two to three times the energy density while we’re working on the brass ring of lithium sulfur and lithium oxygen. Even with lithium ion, from what I see from our friends at Embry Riddle and elsewhere, electric flight is not more than five or 10 years away.