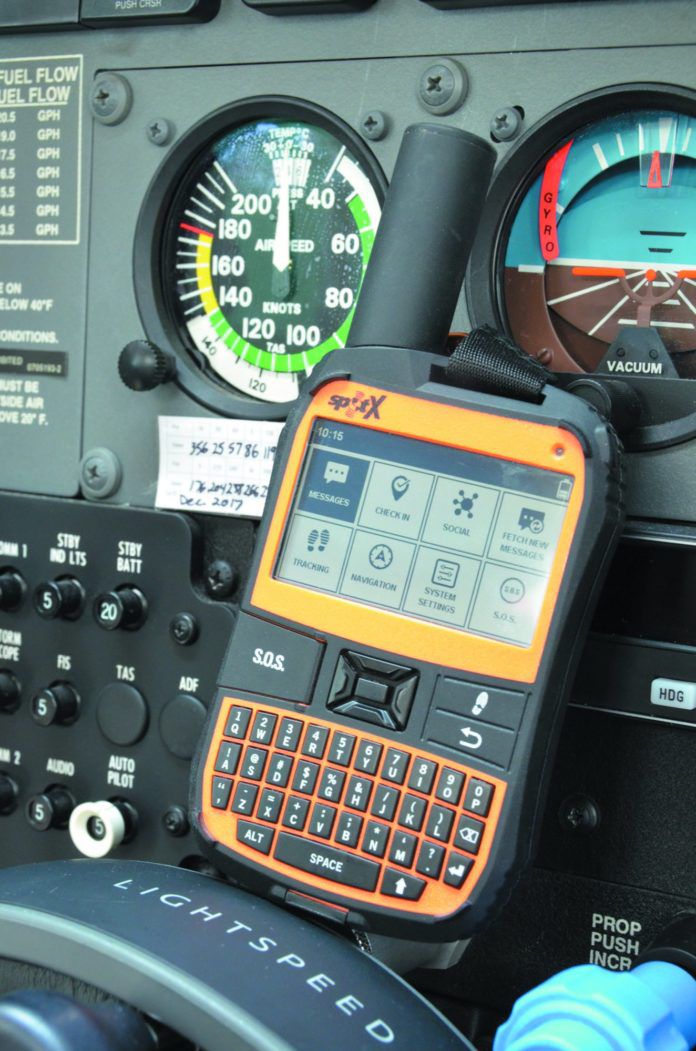 If you fly with a Spot portable satellite messenger, use caution when placing the device around GPS receivers and antennas. In an Information for Operators publication (InFO 19006, May 6, 2019) the FAA advises that it has been notified of “several instances of intermittent loss of GPS position information” when Spot messengers are used in the cabin. It also noted that the signal problem could also affect ADS-B systems. In the FAA InFO letter, the agency reiterated that it was aircraft operators who confirmed the use of Spot PED as the cause of the GPS interference.

Worth mentioning is we’ve flown with several models of Spot messengers, including the SpotX for a flight trial in the October 2018 Aviation Consumer, and didn’t notice any interference problems. However, several Spot users recently told us they experienced total GPS signal loss from panel-mounted Garmin GNS- and GTN-series navigators (connected to ADS-B transponders). Two of these were in Aviat Husky aircraft, particularly when the device was positioned in the rear of the cabin.

The FAA’s InFO publication said the company is “cooperating with the FAA to provide detailed information to existing and future customers regarding the safe use of Spot PEDs during aircraft operations.” This includes updating user’s guides and email notifications.

The company currently advises to keep the devices at least 12 inches from GPS systems and to test for interference by putting the devices in Tracking mode. If it interferes, move it to another location or turn it off.

This is precisely why the FAA has Advisory Circular 91.21-1D, which addresses the use of personal electronic devices aboard aircraft. Given the number of portable devices we use in flight, the FAA AC is worth a review, while paying close attention to interference created by a Spot.

This issue is a bit more serious, and enough for the FAA to issue an Airworthiness Directive (AD 2019-08-13) that grounds Cessna CitationJet 525, 525A and 525B models equipped with the aftermarket Tamarack ATLAS (active technology load alleviation system) winglets.

Even as they add lift, winglets impose additional structural loads on the wing that can exceed its certification limits. The solution from Tamarack Aerospace is to pair winglets with an adjacent control surface (one on each wing) that act as an automated aileron, requiring no pilot input. A network of sensors constantly monitors wing loading in all phases of flight and when loading is approaching design limits for the wing structure a spoiler instantly deploys, dumping the lift and relieving the wing structure of any potential overload. On the Citation the wings get an additional five feet of total length. The ATLAS is installed on the trailing edge of the added section of wing. The end result is better fuel efficiency because of higher climb rates to altitude.

But five incidents of uncommanded roll events with the ATLAS activated was enough for the FAA to issue the AD for Citations. There’s also an ongoing investigation of a fatal ATLAS-equipped CitationJet accident. The ATLAS was introduced in 2015 after flying on Cirrus SR22 models for the eventual STC on Citations.

In an interview with sister publication AVweb, Tamarack’s Jacob Klinginsmith said the company was aware of the problem and already developed a hardware kit to address inadvertent, asymmetric deployments of the system. The failure mode, according to Klinginsmith, was related to a small screw inside the actuator assembly that would fall out and short, ultimately moving the actuator. At press time most of the aircraft have been upgraded.

While the FAA’s grounding put Tamarack into bankruptcy, the company is reorganizing to support the modified aircraft.