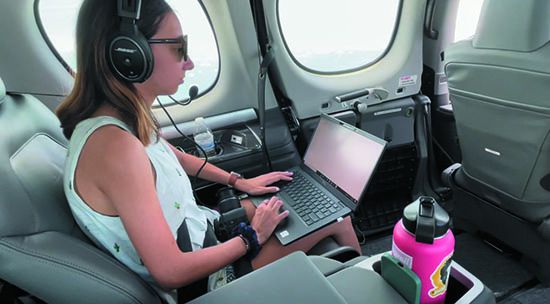 Turns out those two words shouldn’t be used in the same sentence. The point was driven home when we got a letter from Sigurour Olafsson, a passenger who was in a Kitfox that flipped over during a forced landing. With some gnarly photos as proof, Olafsson explained how the Bose A20 headset he was wearing during the crash did a real number on his noggin—cutting a 28-cm gash into his head that extended to the bone, nearly separating the scalp. The injury required a surgery to repair, and according to him, it was even more serious because he was on blood-thinning meds. Olafsson’s point is a good one—what testing does Bose conduct on its headsets when it comes to crashworthiness? After all, the A20, like some other headsets, is TSO certified. There have to be some crashworthiness considerations, no? To find out, I asked Matt Ruwe, the senior aviation product line manager at Bose.

Ruwe said that the TSO only covers drop testing, and not crashworthiness. Moreover, while Bose does consider crashworthiness when designing its aviation products, there are not any specific standards apart from helmet systems.  The A20—or any traditional headset, really—is certainly not designed or intended to protect you in a crash. These headsets are designed for noise-canceling performance and comfort, and it’s logical that you can’t expect them to be an impact barrier during a crash. On the other hand, like Ruwe, I’ve heard from others who said a headset did provide some protection in a crash and if it weren’t for the headband they might have been banged up pretty good. Truth is, there’s really no telling what the outcome of any impact will be. I too was involved in a flip during a forced landing and the Bose X headset I was wearing came off my head and ended up on the hat rack in the rear of the airplane. The forces were so violent the audio plugs were ripped from the jacks positioned under the instrument panel. Olafsson said it was the titanium headband’s edge that cut his scalp, so I suspect the headset shifted during impact and this combined with a downforce  on his head caused the cuts.

The moral of the story is to remove anything from your head (and advise passengers of the same)—headsets and eyeglasses—before impact, if you can. Worth mentioning is that because of hazmat concerns, Bose can’t work on the majority of sets that were sent in for repair after a crash, but it did say it will often provide a replacement at a reduced price.

At the Aircraft Electronics Association (AEA) national convention in New Orleans this past March, the buzzwords were cabin connectivity, and in particular, the ferocious demand for huge amounts of data like passengers are accustomed to on the ground. One company on the leading edge of connectivity is Gogo, and Gogo’s David Salvadore shared interesting statistics from the company’s recent market surveys. According to Salvadore, data consumption in the cabin is up nearly 40 percent in the last year alone, with Generation X and millennials representing a large growth segment of the market.

The huge appetite for data logically stems from data-burning applications for virtual meetings and social media apps. To meet these demands, Gogo is focusing on perfecting its 5G performance in the cabin, stressing that the Gogo 5G tech does not cause radio altimeter interference. Gogo’s current AVANCE L3 platform flies aboard a wide variety of aircraft—from the Cirrus Vision Jet to the Boeing 757—and there have been over 2600 systems installed in less than five years. AVANCE is a line-fit factory option on 27 new production aircraft and certified on 198 different aircraft models in the aftermarket. It’s becoming a brisk and demanding market. We’ll look at cabin connectivity options in an upcoming issue of Aviation Consumer.  —Larry Anglisano