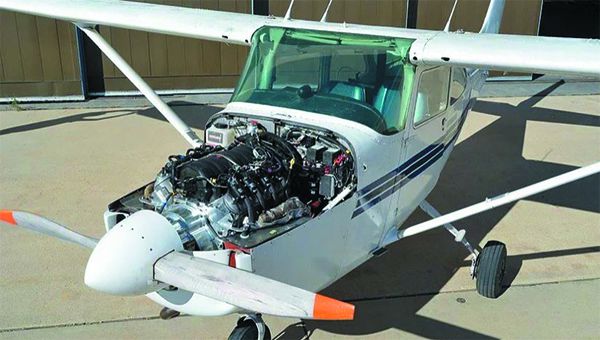 Who knows if a Biden admin will finally push high-octane unleaded avgas to reality, but why not play around with different powerplants while it shakes out? That’s exactly what Colorado-based Corsair Aircraft Engines is doing with an experimental Skyhawk. Engine of choice: a tweaked General Motors V8 used on some later-model Chevy Corvettes. Corsair has been test flying the engine while tackling the huge task of tweaking the electronic fuel injection system for failsafe redundancy, something the FAA is interested in as part of potential certification. That’s the V8 shoehorned into the cowling of Corsair’s Skyhawk shown here, and there’s a video of it flying (with the engine uncowled) around Colorado on www.corsairpower.com.

The main idea is a flex fuel solution for overseas buyers (if it can’t ultimately earn U.S. certification), burning automotive mogas—a minimum 85 octane—with or without ethanol pump gas. Corsair says the use of E15-E85 fuel requires an optional fuel sensor. Leaded avgas is also approved, but the marketing points out that mogas produces cleaner tailpipe emissions, is lead-free, cheaper and widely available and extends times between oil and spark plug servicing. Of course the engine is computer controlled, analyzing the fuel type and mixture, as well as the tailpipe gases, to adjust ignition and fuel delivery to make it run best, just like any other modern automotive engine. The company has conservatively calculated a 3000-hour TBO for the engine flat-rated to less than 220 HP, and it’s testing a variety of props. Each cylinder has one spark plug and its own ignition coil controlled and powered by either an electronic ignition system and/or either battery. Unlike distributor-type automotive ignition systems that use a common ignition coil and single power source, the REFI system has multiple redundancies, and Corsair says it can produce more than 150 HP with four of the eight cylinders failed for sustained flight.

For the C172 with a complete mod kit with additional battery, the average empty weight increases roughly 140 pounds and CG moves forward about 2 inches. For later model C172 airframes (1976 and beyond) there are three aluminum stringers installed in the tail section (that’s standard for most M and newer models) that boost the max gross weight up to 2550 pounds. Expected cost of the ALPHA1? Corsair is shooting for a range that’s close to a typical Lycoming reman after core credit. Where the project will go is anyone’s guess (yes, it needs investors), but who can fault Corsair for taking a stab at the tech?

Hoping to kill the old chide that the second engine on a twin is for flying to the crash site, Garmin added a new layer of envelope protection to its GFC 600 autopilot for twins called Smart Rudder Bias. It’s actually another layer in Garmin’s Autonomi flight control automation, which includes envelope protection, and on the highest level, Emergency Autoland. With the new Smart Rudder Bias, the system monitors the EIS (engine instrument system) for wide differences in power between the two engines and automatically engages when it detects a power failure. The idea is to instantly maintain control while the pilot sorts out an OEI (one-engine inop) situation. Rudder bias has been standard on the Honda Jet from the beginning and now it’s a reality for piston twins, too.

Working independently from the autopilot’s primary modes, Smart Rudder Bias feeds the correct rudder and roll inputs during a dead-engine condition, and the system also keeps tabs on underspeed, overspeed and unusual attitudes. The Rudder Bias can be disengaged with a panel switch.

Mode annunciation and cues are displayed on Garmin’s G600/500 TXi retrofit flight displays so the pilot knows the system is engaged. Garmin’s GFC 600 autopilot has a starting price of $19,995, and the initial STC for the Smart Rudder Bias will logically be on the Beech 58/A Baron, and also on the Piper PA-31 Navajo series. For pilots new to twin-engine flying—or at least to the underwriters who insure them—it could be a worthy backstop when workload is off the needle. We’re working on a flight trial of Smart Rudder Bias for an upcoming issue of Aviation Consumer. —Larry Anglisano 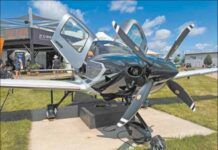 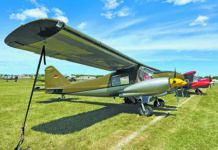 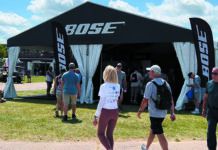