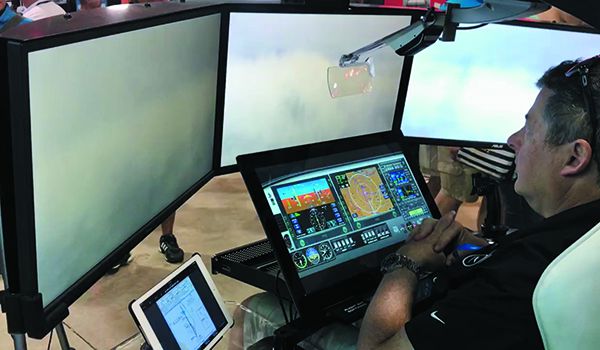 An amusing and depressing part of the job here at the magazine is scouring the accident reports for the safety data we assemble in the Used Aircraft Guide. If we didn’t laugh, we’d cry. There is some horrific and fascinating stuff, all of it making me wish I had gone to work for the NTSB. Both amusingly morbid and educational, one thing I like to do is Monday-morning quarterback wrecks with other pilots. It’s another learning channel and good for brainstorming things you might or might not have done if it were you at the controls.

And so one Saturday morning at my local EAA chapter meeting I got to hear the dirt firsthand from a pilot who balled up his tailwheel RV on an icy runway when the winds got squirrely. And that got me thinking: This is why we pay for aircraft insurance. Good pilot, good airplane, stuff happens to all of us. Now let’s fix my airplane so I can fly it again.

But recently kicking back with a cold one reading the annual Stupid Pilot Tricks calamity safety feature in sister publication IFR magazine reinforced the reasons why underwriters might wiggle in the desk chair before renewing a policy. One NTSB report summary that made this year’s list noted that the Bonanza pilot was distracted by people on the ground, and yep, forgot to put the landing gear down for landing. Underwriters and maintenance troops have seen that one before. But since this pilot “thought that the propeller contacted the turf,” he put the power up and did a crunch and go, but didn’t make it past the initial climbout and dumped it in a field. It could have been a lot worse than a busted-up nice Bo and a bummed-out pilot. Years ago at my local field we lost a couple of our own who attempted the same crunch and go scenario late one night in one of the charter Metroliners that was coming home (empty) after a casino run. It didn’t climb on the go-around, either, and the two guys up front met their fate on the river dike at the departure end of the runway. The last bit of chatter recorded on the CVR before impact was one crewmember thanking the other for killing them.

On a brighter note, sort of, was the Aerostar pilot who went flying with an “air cast boot” on one foot that enabled him to move the rudder, but not the toe brakes. But on this flight, that’s what the non-pilot passenger was for—to help stop the Aerostar when it’s hauling along during the landing rollout. Need I say any more? There are plenty more pilot trick stories to boost your spirits in the January 2022 IFR magazine. Read a few and you’ll have to wonder if you’ve maybe been a little too hard on those hardnosed insurance underwriters.

I chided, nicknaming him Charlie GoFlight, and that made him laugh like hell. I can’t say I’ve met anyone in the aviation business with Schneider’s level of entrepreneurial drive, in-your-face persistence and genuine generosity. He built his company, MyGoFlight, solely on the idea of making pilot supplies better. And his engineering wheels were always turning, noodling ways of making stuff better. When I told him about my struggles to find a sturdy and adjustable iPad mount for my music stand, he went to work, mixing and matching components from cockpit mounts and building a perfect one for my guitar rig. Few giggers have bragging rights to using airplane stuff on their stands. Charlie would have marketed it. But he was real serious about his SkyDisplay HUD, sticking with and conquering the time-burning and money-eating STC process. The pic below is him giving me a demo at AirVenture.

Charlie was killed this past December giving someone else a demo of the SkyDisplay in his Cirrus—a huge blow for the market, and heartbreak for those of us who admired him. For the company and colleagues he leaves behind, it’s not a matter of whether they’ll move on, but how.