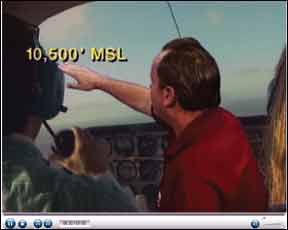 Your thorough reports provide a very valuable service to your readers. Unfortunately for your readers, the March 2011 report on private pilot test prep was not up to your usual high standards, in my view.

For example, regarding King Schools, your reporter had two major complaints. First was the price. But thats because you compared the King Schools price for six courses with everyone elses price for a single course.

King Schools offers a special price for purchasing both the Knowledge Test Course and Practical Test Course of $398. When a customer purchases both courses at the same time, they also receive four Take-Off Courses of their choice. These courses are designed to get customers over particular flight training hurdles they may be having trouble with. Courses include “Take-Offs and Landings Made Easy,” “VFR Cross-Country Flying,” “Communications,” “Surviving Your Most Feared Emergencies,” “Night Flying” and many others.

For an apples-to-apples comparison, your reporter should have listed our single-course price for the Private Pilot Knowledge Test Course as $279. It is a bit higher than the prices for the other courses, but that reflects the higher value in terms of informational content and instructional value. We go to a lot of work to make our courses clear, simple, and fun to take-and our customers results show it.

The second complaint regarding King Schools was that the course requires note-taking. Your reporter must not have viewed our “Click Here to Start” segment-otherwise he would have known that we provide very thorough, yet succinct, notes that our customers tell us they find invaluable. You also mention that our courses are not as “tech savvy”-whatever that means. This is a bum rap. King Schools goes to a lot of effort to use technology to make our courses intuitive and easy to navigate, and to serve up questions related to what the customer just studied right after each segment. To me that is what “tech savvy” is all about.

The problem with this review is that the things King does well-making things so clear that the subject seems easy, and making the course intuitive and easy to navigate-arent apparent without a little deeper investigation. That depth of investigation does not appear to have occurred in this case.

I know it is difficult to review five separate courses well, but your readers are entitled to a better review than the one provided in this instance. Thanks for giving me the opportunity to level the playing field.

Im afraid to say I find the space you gave the letter by Eric Neeb regarding the Cirrus unfortunate. (See April 2011 Letters.) Mr. Neeb is extremely dishonest, in my view, in not disclosing that he is a Cessna dealer.

Neeb did not disclose to us that he is a Cessna dealer but, frankly, we should have checked. A little Googling would have fixed this. Next time we will. His company is www.propelaircraft.com.

I did a bit of research before buying the LightSPEED Mach I. I originally didnt plan on buying the molded earpieces, but using it and having the mic droop and/or flop around (as you experienced) and then discussing the problem with the customer service reps, it was strongly recommended that I buy the molded ear piece and try them.

They were very nice and offered to refund my money if I wasnt pleased with them. The first pair I got were generation one and very satisfactory. They did the job nicely. It has a very thin metal tube from the headset that would either hold the foam ear tips or go into the silicone molded earpiece.

They lasted about three years when, because of the less than optimal design, they tore. The new design has the back of the silicone earpiece completely enveloping the headset body on each side. It is stable and strong with no need for the over-the-ear loop. They have it exactly right now.

My suggestion to them would be to sell the Mach I with the molded earpiece as the standard product. With the molded earpieces in properly, the noise attenuation is absolutely wonderful. I have a pair of LightSPEED 3Gs and a Telex ANR-1D, both of which are very good, but the Mach I bests them both for noise attenuation. The other products you reviewed are awkward, bulky or uncomfortable, in my view.

In short, I couldnt be more pleased with the LightSPEED Mach I headset and give it a five-star rating.

Your article regarding the Virtual HUD Wingman in your March 2011 issue echoes my experience. I ordered a unit from Sarasota Avionics who advertised the unit in Trade-A-Plane. I paid my $1500 and had to wait almost a month for delivery.

The unit that arrived was nonfunctional. The owner of the company, William Steele, explained that some units were not properly programmed. He e-mailed me a UPS label so that I could return the unit for reprogramming. He promised to add some upgrades, gratis. I sent the unit back.

After two months, I had not received my unit back. I spoke both to Mr. Steele and Sarasota. My unit was then sent but the address, according to Mr. Steele, had been damaged by UPS and they tried to deliver the unit to the unoccupied house next door to me. He explained that the unit was returned to him.

He then instructed Sarasota Avionics to credit me for the price of the unit. He informed me that he was sending me a unit free of charge and would see that it got to me even if he had to deliver it himself.

He provided a UPS tracking number. The unit, as of three months later, has yet to arrive. I called UPS and they confirmed the tracking number, but stated that they had never received the unit from Mr. Steele.

We checked with Sarasota Avionics who confirmed they refunded reader Achtels money.

Thank you for your objective review of our 28-volt, 60-amp Ground Power Unit. I would like to offer your readers a little clarification on a couple of points. Because our GPU is used with such a wide range of GA aircraft­-small pistons up to small jets-I want to clarify about its use as a starting device.

While its output can serve to assist a battery that is less than fully charged for starting a piston engine, it should not be used in a similar manner with any gas turbine engine. These engines can draw several hundred amperes, so we dont recommend our GPU for starting or dry-motoring a turboprop or turbofan engine.

Another unique aspect of ground power for a turbine-powered aircraft is the need for absolute peak battery performance to avoid the risk of a hot start. For this reason, conducting a thorough, deliberate pre-flight inspection is often compromised to conserve battery power. However, with a GPU in the hangar, the preflight can be conducted while simultaneously topping off the ships battery.

So instead of depleting starting power, the preflight time serves to increase it. We think this procedure is cheap insurance against a compromised start, and of course, a thorough preflight is always an enhancement to safety. Our website (www.audioauthority.com) offers a video tutorial that demonstrates these and other operational tips.