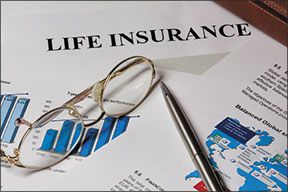 Many of us have gone through the drill: the life insurance sales person extols the benefits of a policy and the attractive price. We consider it and recognize that the coverage is appropriate for us, so we say we’ll buy. Then comes the application, which asks if we engage in any “hazardous” activity. “No,” we think, “we declined the course in sword swallowing in college and quit juggling chain saws once we got out of our teens.”

Then we see that the definition of “hazardous” lumps flying oneself in an airplane in there with rock climbing and scuba diving.

Suddenly the price soars. Then we do one of four things: start the process of researching life insurance policies anew; mutter some foul language and pay the higher price or, worse, accept the policy with an exclusion so we’re not covered if we’re killed in a general aviation airplane; or, even worse—don’t buy any coverage at all and do a disservice to our loved ones.

There are two brokerages that advertise as fitting that mold: Travers & Associates (www.traversaviation.com) and the Pilot Insurance Center (www.piclife.com). We interviewed Bill Fanning, pilot, long-time insurance broker and founder of the Pilot Insurance Center, who gave us extensive information for this article. Travers & Associates did not return our call to request an interview.

The Basics
Insurance is purchased to mitigate risk. We buy hull and liability coverage for our airplanes to allow us to buy another machine if we wreck the existing one and to defend us should we get sued following the accident.

We’re protecting our financial assets.
Basic, or “term,” life insurance is purchased for the same purpose—a person evaluates what he or she wants to protect should he or she die. Most of the time it’s to provide monetary support for the family of the insured.
A term life insurance policy is in effect for a period of years, the term—so long as the premiums are paid—and then it’s done. Think of the insurance on your airplane—it is in effect for a specified term and that’s it.

Underwriters
Bill Fanning told us that insurance underwriters’ knowledge of aviation is usually limited to the ability to find the local airline terminal, board when their section is called and find seat 17D. They perceive general aviation as a hazard to its practitioners and consider them high-risk insureds. That leads to either aviation exclusions in life insurance policies or bumping pilots into more expensive premium classifications. We’ll explain each.

Having made the financial calculation that your family needs protection should you die, it doesn’t make sense to have a hole in your insurance coverage. Especially if you don’t want to be remembered by those near and dear to you as a tightwad who left them living in penury. If one of your employment benefits is a life insurance policy, read it. If there is an aviation exclusion, either negotiate to try to have it removed or purchase coverage without it.

Premium Classes
Underwriters pigeon-hole every person who applies for life insurance into one of seven risk groups, the last being “uninsurable.” They set the price for premiums so that persons with higher risks of dying during the policy term pay more for coverage. For those who are insurable, there are six premium classes, four for non-smokers and two for smokers.

They are, from least to most expensive: Preferred Plus (sometimes Preferred Best), Preferred, Standard Plus, Standard, Preferred Smoker and Standard Smoker. The sidebar at left shows a sample of rates for the six premium levels for a 52-year old male (we’ll use a 52-year-old male throughout this article) obtainable through the Pilot Insurance Agency. (Females, being less foolish than men, live longer and pay lower rates.)

General aviation pilots are usually excluded from the Preferred Plus and Preferred classes unless they go through a broker who specializes in pilot life insurance.

There’s More
On top of the premium classes, the underwriters may also apply one of 16 table ratings to a particular premium or bump the premium by a “flat extra.” The tables are based on specific health issues faced by the insured and bump the premium, initially, by 50 percent, increasing by 25 percent per table. If the insured’s health issue cannot be accommodated by one of the tables, he or she is considered uninsurable.

The flat extras are dollars per thousand dollars of coverage, and are based on the insured’s avocations—for example, flight instructors who give primary instruction are often charged a $2.50 per thousand flat extra. For a million-dollar policy, the insured would pay an additional $2500 per year.

We learned in researching this article that even though individual insurance companies may recognize that certain groups of pilots are no higher risk than the population as a whole, they may be powerless to change how they are rated. That’s because most insurers write a policy and then sell 90 percent of the risk to reinsurers—which is how insurance companies spread risk. That way if one policy goes bad, they aren’t on the hook for the entire loss.

We observed this when we went on the Internet to get life insurance quotes for a 52-year-old male, nonsmoking pilot. Examples are on the table on the facing page. The rate we got at the first cut changed once the application process proceeded and the fact the applicant was a pilot was disclosed. For example, for MetLife, the annual premium for an insured, in “very good” (not “excellent”) health was $2951.88—for that person who was also a pilot, the rate shot to $3671.88.

The good news is that there are insurance companies who have a practice of keeping 100 percent of policies up to some level, as high as $2 million, rather than selling a percentage to reinsurers. Those are the companies an agent can approach and convince underwriters to deal more realistically with pilot risk.

See a Specialist
That’s where a broker who does enough pilot life insurance for it to be worth the time to lobby underwriters comes in. Because life insurance is sold almost as a commodity, it takes a specialist who wishes to target a particular market to make it worthwhile to spend the time to arrange discounts for that market. Otherwise, a life insurance broker who tries to get a discount for just one pilot first has to know which insurers have a retention policy, and then negotiate with each to get a better premium classification for that pilot—which means that if the broker is successful, the commission on the sale is less. So, there’s little motivation for the average broker to shop insurance for a pilot.

That means going to a broker who specializes in life insurance for pilots, one of which is the Pilot Insurance Center. PIC was founded by Bill Fanning, an active pilot, estate planner and life insurance salesman. When he tried to buy life insurance for himself and found that he was “rated”—shoved up to a higher price premium class simply because he was a pilot. He decided to add pilot life insurance as a specialty and target the niche pilot market. While getting a deal for one pilot would cut an agent’s commission, getting deals with some life insurers for pilot premiums and then putting the word out to pilots would mean more customers.
Fanning told us that his agency has reached agreements with specific insurers so that he can place most pilots into less expensive premium classes than they could otherwise attain.

Pilot Qualifications
Fanning did this by providing credible, objective data on risk levels for pilots to the underwriters. Because of his footwork, his agency can usually get a Preferred rating for a pilot with at least a private ticket, who has been a pilot for at least five years, has at least 250 hours total time, flies between 50 and 300 hours per year, has no DWIs, no caused aircraft accidents and no FAA violations involving what would be considered reckless aircraft operation (violations involving paperwork or record-keeping probably won’t be held against a pilot).

Ordinarily the best that pilot could get would be Standard or Standard Plus rating. For our hypothetical 52 year old buying a million-dollar policy on a 20-year term, the annual premium saving from Standard Plus to Preferred would be $905, or $18,100 over the 20-year term.

CFIs who are instructing may face a $2.50 flat extra on the premium. Fanning told us that sometimes he’s able to get rid of that for CFIs who are not doing primary instruction.

Professional pilots are looked at by the type of flying they do—corporate pilots are low risk, where on-demand freight dogs in piston equipment shouldn’t count on any deals.

Pilots who regularly fly homebuilts are hard to place, but Fanning has obtained breaks for specific types of homebuilts, notably the Van’s RV line.

A Physical?
Not being particularly fond of physicals, we asked if a pilot who wants to buy life insurance at the best rate is going to have to take one. Fanning said yes. He pointed out that those policies heavily advertised as requiring no physical rely on healthy people to subsidize those who aren’t, and the premiums are far higher than on policies that require a physical.

Having taken life insurance physicals, our experience is that they are not nearly as thorough as an FAA third-class medical.

What’s the process for buying life pilot life insurance through a specialist? Fanning told us that the application can be filled out online on PIC’s website. After you do so, PIC will contact you to get a copy of your medical records and set up your physical. In three to six weeks you’ll receive the policy. Once you pay the first premium, you’re covered.

Conclusion
As pilots, we evaluate risk every time we fly. We are also spring-loaded to look at the costs. Once we have decided that it’s time to buy life insurance, the way to go about it, in our opinion, is to go to a broker who specializes in placing life insurance for pilots, discuss your needs, explain the type of flying you do and let that broker find the best rate for you. And, by the way, it doesn’t hurt to be instrument rated.