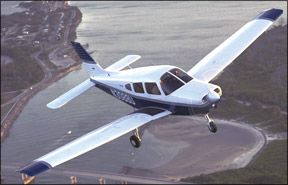 Once a upon a time in aviation, trainers were always two-seat aircraft that wedged instructor and student into near-intimate proximity. But things have changed and its not uncommon for student pilots to pony up over $300,000 for four-seat cruisers they plan to use for private and instrument training.

Thats nice for the well-heeled; those of us who missed the last economic bubble but not the pop that followed need another plan. It can still make sense to purchase an aircraft you plan to train in. We looked at purchase and operation with an eye toward owning the machine for a while, or having a good chance at selling it for less than a catastrophic loss.

To that end, weve simplified and eliminated taildraggers and some real rarities like the Ercoupe. Dont start whining. Were all for training in a Champ, but insurance can be expensive and it cant be leveraged into travel or an instrument rating if you want.

Under a Buck and a Half

You can buy decent, two-seat training machine for under $15,000. The two leading contenders are an older Cessna 150 and a Piper Tomahawk, and the staff here is split on which is a better choice. On paper, its a no-brainer: The Tomahawk is newer, faster, cheaper and it blows away the Cessna in interior comfort and visibility. Obviously theres a catch: The Piper might bite you.

The Tomahawk has a bad reputation as getting into unrecoverable stalls and spins during training-which is exactly what youre buying the airplane for. The hard numbers on accidents dont completely support this. There were issues, but most seem to have been resolved by changes imposed by AD. Nonetheless, its not the best stall/spin design ever made and the stigma remains. Since our staff cant agree, we leave it to you and the instructor you must convince to fly with you which sub-$15,000 trainer is best.

Interestingly, the Tomahawk is the only contender we turned up where accident history came up as a decisive factor.

Push the envelope into the $15K-$25K range and there are some excellent deals. Now you can get a late-model Cessna 150 for around $18,000. Not as flashy or quite as fast as the 152, there are some excellent 150s that have been upgraded with modern avionics and interiors. These obviously cost more than average, but we see a clear price advantage to a late-model 150 versus an early 152.

The Beech Skipper is often confused with the Tomahawk, but the Skipper is a different design and handles well. Not many were made, so they are hard to find and may be hard to sell. The Skipper has some oddities of landing and Beech parts can be pricey, yet it could make for a good buy.

Another sleeper in this class is the American General AA-1B. Its fast, comfortable and carries more weight than the others in this class. Its also the sportiest in handling. With the right instructor, the AA-1B will teach good habits for speed and aircraft control that might be just the ticket for someone whose long-range goals are a high-performance single. Its critical you get a pre-purchase inspection by someone expert in these airframes, however. Prices have been steady of the AA-1B for some time, so its resale value should be good.

While there are inexpensive 172s in this price block, they are the oldest ones, usually sparsely appointed and VFR only.

As the target price crosses $20,000, older, four-seat aircraft become a possibility. The increased space and versatility that affords may make them a smarter purchase for some buyers. Theres no guarantee youll be able to turn over your airplane quickly when you feel the need to move up to four seats or want to toss camping gear in the back.

A late-model Cessna 152 or a mid-60s 172 can be had for the same price and often comparably equipped. That said, a pre-1968 172s have a six-cylinder Continental O-300 thats more to operate or repair than the bulletproof Lycoming in the 152. If we were certain the craft was for just training or one-person travel purposes, wed favor the 152. Itll also be a much easier resale if you trade up.

The best deal, however, may be the Piper Cherokee 140. Its a bit faster than either Cessna (and obviously more roomy than the 152). Our scan of whats on the market also showed the Cherokee 140s often having better avionics, paint and interiors than 172s of the same price. Youre also much more likely to find a low-time Piper 140 than any comparable Cessna. While technically a four-seat aircraft, its best suited for two people and some cargo. A 140 with a Garmin 430 GPS and autopilot isnt unheard of, although those are priced in the next category up.

Best Deals in the 30s

The sweet spot of our research seems to be in the $25,000-$35,000 range. The only two-seater up here is the Rotax-powered Diamond Katana. Its a bit of an oddball, but worth considering, if you can find one. The chief advantages are excellent fuel economy of 110 knots on 4.5 GPH (automotive gas if you want), terrific visibility and excellent handling. The Katana A1 has an anemic climb, however. There are some Katana 100s out there, which were upgraded to 100 HP. With so many LSAs using the Rotax, getting maintenance for it is not nearly the task it once was.

We think the best overall values at this price are the Piper Warrior IIs. Dollar for dollar, they tend to be the better equipped, in better shape or a decade newer than same-priced Cessna 172s. The 172s in this range are the Lycoming-powered ones, so the maintenance and operating cost delta is less than in cheaper Piper-Cessna match-ups. Good IFR platforms, some with older GPS, can be found with patience.

Again we see the American General line as a sleeper worth considering. The average price for a AA5A Cheetah falls just inside this category. While you might get more plane for the buck in a Piper, the Cheetah, will be faster and, some might say, just cooler. If your trainer will turn into a traveling machine, dont overlook the Cheetah.

The field starts to get quite wide when you cross $35,000, and were beginning to get beyond many peoples idea of “budget.” The value advantage the Piper Cherokee line dwindles to non-existence at this price. There are also more 172s to choose from. The Socata Tobago is also priced here. Its not fast, but its solid, comfortable and worth a look if you like being a bit different.

Depending how much past $35,000 youre planning to go, the American General Tiger becomes an option as well as the Piper Archer. The Archer can be a terrific buy as weve seen several that had top-drawer avionics lavished upon them. Cessna 182s are a possibility, but were not sure their handling and fuel burn make them a desirable primary trainer. They make a good instrument platform, of course.

There is one two-seater youll find several of in the high $50K range. Thats the Diamond Katana C1 with the Continental IO-240. Its a terrific performer and trainer with an honest 125-knot cruise speed if you want to travel. The downside is that its not legal for IMC flight, so practical travel (and IFR training) is limited.

While the LSA movement was supposed to be about budget flying, the dollar signs are still too high for this roundup. The cheapest of the used LSA makes that we have gotten good reports on are used Allegros in the $50K-$65K range.

Buy the Best You Can

Sound advice in most big-purchase decisions of any kind is to buy the best you can afford with whats a reasonable price range for you. The aircraft market is still molasses slow, so a patient buyer can score an excellent deal given enough time and effort.

Looking across the board, though, we think the Piper Cherokee 140 or less-expensive Warriors are the best trainer deals out there. Hot on their heels are the AA-1A and AA-5A. Given that once you buy the bird, you may have it for a while, the versatility of extra space makes sense.

Heres one last tip: Try to find an aircraft that already has the avionics you want. For older airframes, an interior teardown might be needed for rewiring just to get one new GPS/COM to work right. In choosing between a newer bird with older radios versus a clean, but tired, airframe sporting a new audio panel and late-model GPS, the latter would be the walk-away choice.