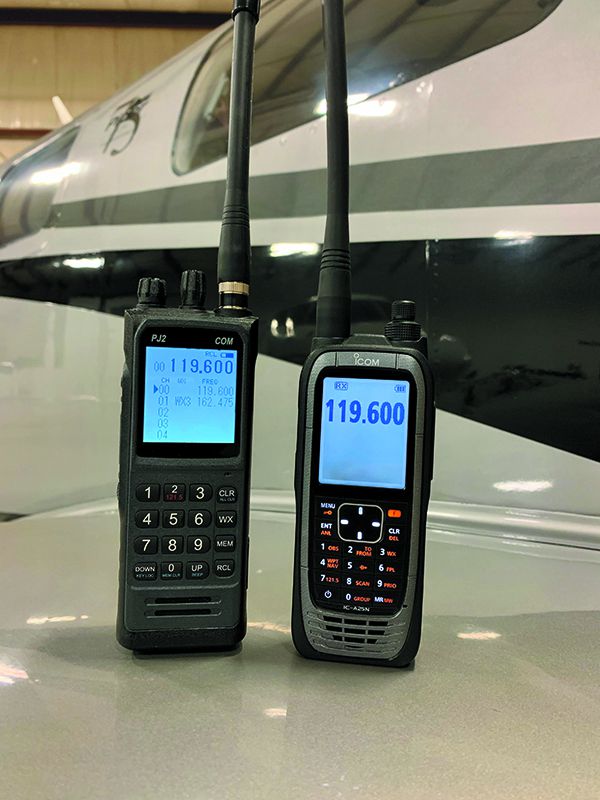 I was interested in the long-term VHF comm radio shootout in the March 2021 issue of Aviation Consumer, and want to raise another point.

We keep a handheld radio in the plane to pick up instrument clearances without having to start the engines. However, the transceiver can go weeks without use.

As you mentioned in the article, rechargeable batteries don’t always hold a charge well, especially if stored in a hot aircraft parked on the ramp, while lightweight lithium AA cells can last a long time.

We own an older Icom A22 because it lacks an “improvement” seen in many radios. Newer models may have a soft power key on the front panel. This means the batteries are subject to a small current draw as they patiently wait for you to push the button. Many older radios have a volume control with a positive detent on/off switch. When it’s off, that means no power drain, and a better chance the radio has power when you need it. Keep up the nice work.

This battery issue is one of the reasons we prefer the Sporty’s PJ2. Not only does it have a AA alkaline battery pack, but it also has a USB-C power input for plugging in external power from a power bank or panel USB port.

The other thing you can do if you’re concerned about power draw is pull the battery pack off when the radio is stored in the aircraft or in the flight bag.

Thank you for the good field report on hearing aids for pilots in the March 2021 Aviation Consumer. I haven’t seen this covered in any other aviation journal.

My experience is similar to most of the feedback you reported. I have tried a half-dozen types over the years and none have really worked with ANR headsets. In my Cessna twin, I just take them out and my hearing is just fine using my older Bose ANR headsets.

I read your report on flying with hearing aids, and thought I would add to the mix having been flying with them for over 45 years.

I have had them all—in the ear and behind-the-ear models. I have for the past 10 years primarily used the Oticon behind-the-ear hearing aids and have used the David Clark ANR DC-ONE-X headsets. Once I turn on the ANR feature, the engine and background noise level drops off significantly. I have had no feedback issues at any time—probably because of the circuitry in the Oticon aids. But with the noise-canceling feature of the David Clarks life is grand! I have also tried the Bose ANR headsets, but went back to the tried-and- true David Clarks.

That was a very good article on buying 200 knots for $200,000 in the January 2021 Aviation Consumer. However, a pet peeve crept in when I read about the Beech Duke’s “brutal maintenance costs.” Oh boy, here we go again.

This old wives’ tale will not go away, usually from people who have never paid a single Duke maintenance invoice. It’s sort of like the Pitts being a “squirrelly” airplane. Curtis said it best in that there are no squirrelly airplanes, just squirrelly pilots.

Unfortunately too many Dukes were ill-maintained and for the unprepared buyer, a cheap-to-acquire aircraft will hurt. Due diligence and talking with experts can easily avoid this pitfall. A well-maintained and flown example will be one of the best planes to own, as is my experience. The www.dukeflyers.org is the single best place to start.

The Duke, like many of the planes in your article, is upward of 40 years old, and like any 40-year-old complex, pressurized big-motored aircraft will need attention.  By a knowledgeable maintainer, not just a good shop. In the six years that I’ve had my Duke, my average annual averaged around $9000.  The exceptions were the times I added avionics during the annual. My Baron didn’t cost much less each year. 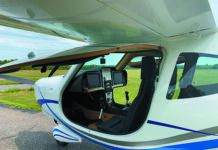