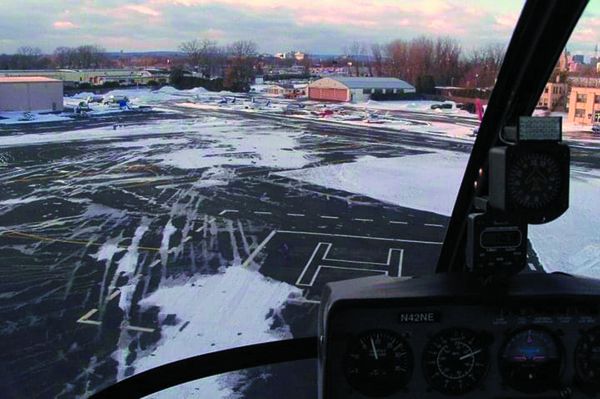 I read the insurance roundtable article in the November 2020 Aviation Consumer and thought I would weigh in. It’s not all doom and gloom. We upgraded from an A36 Bonanza to a B58 Baron last year to accommodate a growing family. Due to a desire to maintain higher instrument proficiency, over the past few years I’ve been getting an IPC every six months. I’ve found this to be especially valuable with the increased performance and complexity of twin ops.

While the insurance cost quadrupled thanks in part to my low twin time, it dropped 25 percent when I renewed it this year. We typically fly 75 to 100 hours a year. Now, I don’t have any illusions that premiums will ever get down to what the Bonanza’s were, but I don’t think it’s unreasonable to expect further cuts as I gain experience in the Baron, particularly with my focus on more frequent training. Keep up the great work.

Great work with your insurance roundtable article and video interviews. Finally, a trade publication confronts this industry problem head-on. I’m shocked it doesn’t get more coverage. I’m a 65-year-old ATP-rated active pilot who has owned a light twin for 25 years (I bought it new as a factory demo), keep it meticulously maintained, do regular avionics upgrades and train regularly, but my rates have been increasing substantially over the past two years. I have no claims.

Your coverage reinforced the sobering reality that I suspected was coming: I might have to step down into something simpler as that magic age of 70 approaches. But hey, at least I’ll burn less fuel and have one less engine to feed. Thanks for all you do for our industry.

I read your great insurance roundtable article and it didn’t mention anything about light helicopters, such as the R22, Guimbal Cabri G2 and four-place R44 markets.  Do you have any insight on the insurance market for helicopters?

I’m getting my private pilot certificate in a helicopter and wonder if purchasing a light helicopter for my commercial/instrument rating would be affordable from an insurance standpoint, and what do the insurance companies look for in this market?

Thanks for your great publication.

Don’t put your checkbook away after all that expensive training. We asked our go-to insurance pros what’s going on in the helicopter world and the takeaway is that it’s the same as it is for fixed-wing coverage—with rates increasing more for rotorcraft because of losses.

I enjoyed your article, “Hangar Construction: Proceed Cautiously,” in the October 2020 Aviation Consumer But where I really got a chuckle was the sidebar, “The Hangar’s Done. What Can I Put In It?” Let me assure any hangar builder that he will be but one of many people asking that question. Your relatives, friends and neighbors will see it as a sudden solution to their storage problems. In the 25 years since I built mine, I’ve been asked to store cars, boats, appliances, furniture and the occasional airplane. I’ve extended the courtesy on a temporary basis a few times. I drew the line at adding an apartment for someone to live in, and yes, I was approached about that. Twice.

Trust me, free space in the hangar is not wasted, it’s convenience that has been paid for. The idea of building on property that I didn’t own would never have crossed my mind.

Say, Steve, got any room for a couple of motorcycles?