MORE ON THE BONANZA

Nice report on the used A36 Bonanza in the February 2020 Aviation Consumer Used Aircraft Guide. Everything you said I thought was spot on. I have a few additional comments from our ownership experiences since the last update. 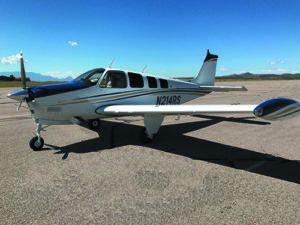 We recently sold our A36 for one reason—space. Our family simply outgrew the A36’s capacity. This was the same reason we sold the A35 back in 2013. We routinely fly five and six people and we had resorted to vacuum-packing our luggage on a few occasions to get everything to fit. I installed the D’Shannon tip tanks to help with additional lift. After that, the only thing we could have done was the extended baggage area and engine/prop upgrades.

In the end, for our typical mission and given the cost of needed upgrades, replacing the A36 with a B58 Baron was the better option. Curiously, we sold the Bonanza for more than we paid, which strikes me as a good omen.

The tip tanks netted us roughly 1315 pounds of useful load against a 3780-pound GTOW. It was nice being able to have that flexibility, and 114 gallons of available fuel gave her a no-wind range of over 1350 nautical miles, but at a cost.  With the IO-520 and a two-blade prop, the airplane really labored to climb at weights above the original GTOW of 3600 pounds. I installed D’Shannon’s lower cowling running board kit at the same time to reduce cooling drag through the engine bay and it appeared to help. I saw no cruise speed reduction from the tip tanks (below 3600 pounds).  In the nearly seven years and 500 hours we owned our 36, it failed to make a flight only once, and that was just a clogged fuel injector.

Our annuals typically ran in the $2000 to $2500 range, and insurance was around $1600 last year. I didn’t find part costs to be prohibitive, though admittedly because of its reliability I rarely had to buy only OEM parts.

As with all Bonanza variants, the A36 is such a great aircraft. There is still nothing else on the market that matches its overall capabilities and performance.  That’s truly remarkable given that today’s CAD-based birds can’t best a basic design that was drawn up over 70 years ago with slide rules. Now we have a B58 Baron and to my astonishment, it’s even better than the Bonanza.

I’m a longtime Aviation Consumer reader, a former USAF navigator and current CFII/corporate pilot. I found your recent coverage on ditching VOR navs interesting because I am troubled by the military’s large-scale outages despite its charter to keep the system available for other users. As a Sequoia Falco owner I would love to see a new article on dual/triple receivers using Glonass/Galileo backup, at least available for use on our navigation apps like ForeFlight.

Do you know if the Dual Electronics portable antenna with Glonass would work without the U.S. GPS system?

I’m wanting to remove my VOR systems, but need panel avionics or a ForeFlight-compatible antenna/position source to do so.

We asked Dual Electronics if its WAAS/Glonass aviation receivers, including the XGPS160 SkyPro GPS, will work entirely as a Glonass receiver and they said it will not. It requires a valid GPS signal for the Glonass receiver to work.

Your budget transponder roundup in the February issue was timely as I needed one for my Glasair. I ended up going with the Sandia STX 165 because as you pointed out, it has a built-in encoder—that’s not the case with Garmin’s offering. It saved me nearly $1000 total during the install. That’s not chump change—good call! 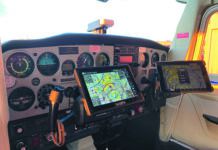 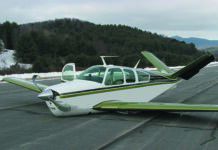