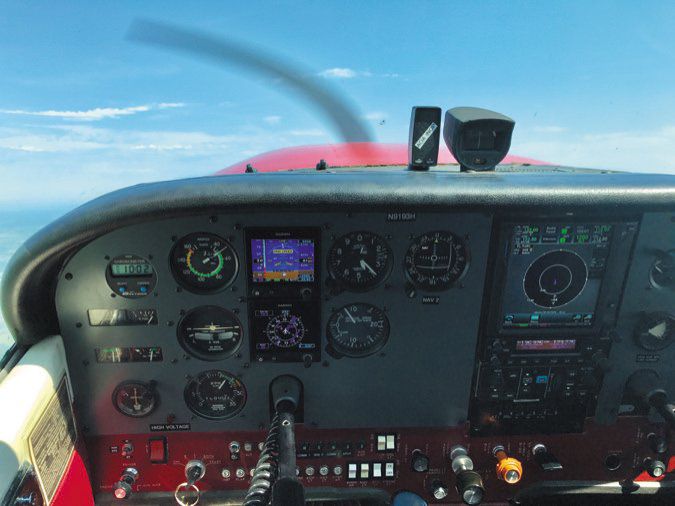 The final stages of an avionics installation can be the most critical because that’s when the configuration and final testing occur. Unfortunately, it’s when a shop can be rushed to the point where you—the aircraft owner—are left holding the bag to test newly installed gear, which includes critical ADS-B equipment.

The good news: Shops that do the most ADS-B retrofits will own the specialized test gear to make sure the system is programmed and properly tested before you fly the aircraft away. The better shops will fly it with you for a final check. But for shops that are less equipped, you’ll have to fly it off yourself and eyeball the data on the Public ADS-B Performance Report, or PAPR. Link to this automated tool athttps://tinyurl.com/y9hrtsyw.It can tell a shop a lot about the system’s performance should they have to troubleshoot it.When the government was paying out rebate checks for ADS-B upgrades, it required specific flight testing and a validation report for conformity. That’s no longer the case, but you might follow similar guidance when validating a new install. The FAA’s advisory circular 20-165B provides guidance for ADS-B Out system installations and airworthiness approvals. In it you’ll find the recommended flight profiles and maneuvers to perform on the flight test. Worth mentioning is that a typical FAR 91.413 transponder test won’t check a 1090ES transponder’s ADS-B data output.

The first step is to conduct the flight test for at least 30 minutes within published areas of ADS-B coverage and within rule airspace, but this isn’t limited to an area within ADS-B ground station coverage. According to the FAA and experts we talked with, flying near the surface or at the fringe of ADS-B coverage areas may negatively impact the metrics provided in the PAPR report. That could lead to unnecessary troubleshooting and tail chasing. This is a good time to become familiar with rule airspace because ADS-B controlled airspace may differ from conventional airspace. As an example, ADS-B Class E airspace begins at 10,000 feet MSL, unless noted.

While there is no minimum or maximum altitude, you should fly the aircraft at multiple altitudes and in multiple configurations, including takeoff, cruise, approach and landing. This also includes performing at least two right and left 360-degree turns. See Table 5 in the advisory circular for further guidance on maneuvers, including proper bank angles and climb and descent rates and duration. The profile also requires flying a north/south course that crosses a known waypoint, followed by an east/west course that crosses the same waypoint.We asked Garmin’s avionics product manager, Bill Stone, for some tips on ADS-B flight tests and read him loud and clear that the system should be ground tested first—something that might not happen at all shops, especially those with limited avionics interface experience.”What we see is in the vast majority of errors discovered in flight testing are specifically installer configuration items,” he told us. Keep in mind that there are both static (specific programmed data) and dynamic (GPS performance, for example) issues that can plague a new install. If you don’t catch these problems, the FAA’s 24/7 ADS-B monitoring system will. Data is being collected (and stored) on all ADS-B Out-equipped aircraft. This may not be limited to ADS-B airspace. If you’re consistently broadcasting bogus data, the FAA considers the system non-compliant and you’ll likely get a letter stating such.Last, if you’re tempted to tackle an ADS-B install on your own, chances are you don’t have all the tools to thoroughly ground test it. As one example, Garmin dealers have access to a diagnostic app that’s used with a portable ADS-B In receiver to verify what the aircraft is broadcasting. The instant feedback on system performance saves time, money and guesswork.