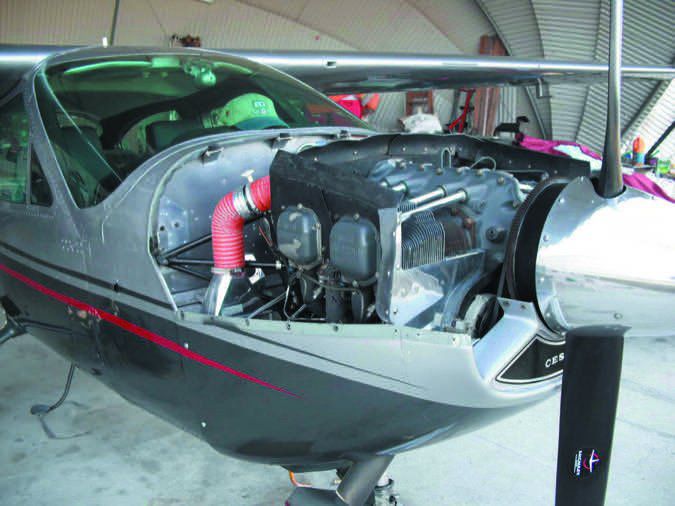 Acompany called AeroEngine Protection Corp. has been aggressively marketing a range of scheduled and unscheduled maintenance programs for piston engines. While the concept is new in the piston aircraft market, similar programs have been the norm in the jet aircraft world for years, and aircraft OEMs, used aircraft dealers, engine overhaulers and fleet operators are signing on with AEPC’s programs for pistons in impressive numbers. Aircraft Bluebook has even recognized the program when publishing typical resale costs.

For this article, we took a closer look at AEPC’s programs to see just how it works. Here’s a rundown.

That phrase is a Rolls-Royce trademark invented way back in 1962 to support the grenade-like Viper engine on the de Havilland/Hawker Siddeley 125 business jet. Because of the unreliable nature of the engine, the idea was to build confidence by offering a complete engine and accessory replacement and service program offered for a fixed cost per flying hour. The concept was eventually copied by others, making its way to a wide variety of turbofan and turboprop applications.

In 1989, AEPC’s founder, Ron Zilberbrand, started Jet Support Services Inc. (JSSI), which went on to become one of the largest independent providers of hourly-cost maintenance programs for turbine engines, before selling the company in 2008. Believing there’s a need for programs in the piston market, he recently launched AEPC.

In the turbine aircraft world, the first question that comes up during a jet’s resale is whether or not the aircraft is on a maintenance program, which includes programs for engines, airframes, landing gear, avionics and even APUs so the entire aircraft can be operated on a fixed-rate basis. AEPC deals strictly with programs for piston engines—no airframe or avionics coverage—but that will likely expand as it works with OEMs and fleet operators.

Zilberbrand realizes that unlike in the jet world, operators of typical private piston-powered aircraft don’t have a chief pilot and a director of maintenance to look after the aircraft. One of Zilberbrand’s goals is to instill a discipline in piston aircraft owners that simply doesn’t exist to the extent it does in the jet world. We agree that the mindset needs to change. A lot of owners simply aren’t prepared for major unscheduled maintenance. AEPC doesn’t claim to lower your maintenance costs.

An important aspect to remember is that AEPC isn’t offering a warranty program or insurance—far from it. Zilberbrand reinforces that none of these programs should be considered a warranty. That’s because the technical definition of a warranty is a guarantee made by the manufacturer of a product that it will operate as it was intended for set amount of time after you acquire it. Moreover, AEPC doesn’t maintain anything. While it does have on-staff advisors who work with the aircraft owners to help troubleshoot problems and coordinate FAA-approved shops and mechanics, you are free to bring your aircraft to any qualified facility of your choice. The chart above is a quick reference guide for standard benefits under a given service plan.

In summary, there are three segments to this family of engine programs (contracts) termed PESP, for Piston Engine Service Program. AEPC says one of the benefits of signing on to even the most basic maintenance program is minimizing the risk of pricey unscheduled service (think real-money stuff like all new cylinders), while stabilizing the overall scheduled service budget. Unless you are seriously structured about putting money aside for all maintenance events—and some owners are not—this could lessen the blow. There might be payback when you sell the aircraft because all maintenance programs are transferable upon the sale or trade of a covered aircraft in good standing. Plus, it shows a buyer you were serious about maintaining the engine. Our research shows the industry is indeed putting a premium on aircraft that are programmed, like it is in the jet world. Aircraft Bluebook says to add $65,000 to a used SR22 with an AEPC program in place.

Let’s consider an existing second-generation Cirrus SR22 with a mid-time engine. You’re new to the aircraft and concerned about the engine unexpectedly needing a top overhaul and other unscheduled work. Maybe it eats a cylinder or two—not uncommon. Lurking in the back of your mind is the day your shop tells you it’s time for an overhaul. Under the base PESP program, what’s covered is the unscheduled failure of major engine components. This includes the case, crankshaft, camshaft, lifters, cylinders, intake valves, rocker arms, rod bearings, intake springs, exhaust valves, rings, gasket sets, tappets and even an oil pump housing. For the Continental IO-550 series in the Cirrus, the PESP program also covers the exhaust system components.

“Using the age-old jet program philosophy, by paying by the hour what you’re doing is ultimately zero-timing the engine by prepaying for scheduled engine maintenance and along with that comes scheduled maintenance,” Zilberbrand told us. If you sell the airplane, the program can stay in place as long as someone keeps paying the hourly rate. These rates vary by aircraft, but for the Cirrus SR22, the enrollment fee for the base PESP program is $7725, which covers unscheduled component replacement for 600 hours of flight time, or for three years and up to 200 flight hours per year.

The PESP Plus (for a $13,334 enrollment fee) is a similar program, but it also includes accessory replacement. Sticking with the Cirrus SR22 as an example, what’s covered here is components like the starter, the starter adapter, magnetos, engine fuel pump and both alternators.

The flagship program is the PESP Care. The Cirrus has a $7725 enrollment fee and uses a fixed budget formula for scheduled and unscheduled service. You have to sign on to PESP Care through a five-year renewable agreement, as opposed to three years for the PESP Plus program. For the Cirrus on a PESP Care program, you pay $63.04 per hour for 100 percent coverage of parts and labor, for both scheduled (100 hour/annual inspections, mag replacement and overhauls) and unscheduled service, including removal and replacement of the engine and shipping. You’ll pay $22.95 up front for each hour already flown off the engine.

You don’t pay the hourly rate in advance. Instead, pay as you fly. On a monthly basis you’ll go to the company’s website and log in to enter the ending time and starting flight times for the month flown to determine how much you need to pay into the program. Pretty simple—if you flew 10 hours for the month, simply multiply it by the $63.04 hourly rate and mail AEPC a check for $630.04.

That money goes into a reserve account for future maintenance. AEPC pays the shop directly. If you’re over 30 days late with payment, you can get hit with an 18 percent fee per monthly invoice and dropped from the program.

The program covers a wide variety of Lycoming and Continental engines. To qualify for the program, the aircraft engine must undergo an initial inspection at an FAA-approved shop or by a certificated A&P of your choice. This is called a pre-enrollment engine review, which is assigned to a legal contract. One of the first things that is verified is the engine serial number (on a warm engine), which must match the aircraft logbooks. The inspection is fairly involved.

It includes a ground run to warm the engine for a differential compression check. If it’s a Continental engine, a master orifice reading is obtained before the compression check. During the ground run, the engine idle speed and oil pressure is recorded, as is the RPM drop of each magneto. The engine is uncowled and inspected for oil leaks, a mag timing check is accomplished and the engine case and cylinders are inspected for cracks in prone locations and around spark plug bosses.

The inspection also includes an oil change, where the oil filter is cut open and inspected for metal and other contaminants, and an oil sample is sent to Blackstone Labs for analysis. AEPC says it may also request a cylinder borescope inspection and possibly a valve guide inspection, depending on the overall condition of the engine and the compression check readings.

AEPC requires that you send the engine and flight data that’s recorded by an onboard trend monitoring system, if equipped. Also, you’ll have to do your part in protecting the engine during storage. In the contract, deal-breaking abuse specifically includes exposing the airframe or engine to the damaging effects of corrosion. Under the contract, Illinois is the state of governing law.

We didn’t see any red flags in the agreement, but we did spot a statement that said replacement components will not necessarily be new unless specifically approved by AEPC. Additionally, the coverage of some troubleshooting efforts is capped at two hours. All non-consumable components removed from the aircraft become the property of AEPC.

Under the unscheduled service contract, there’s an AOG benefit that pays you $100 per day (up to five business days) if a covered component isn’t available after six days.

This Isn’t For Everyone

“The owner who needs this program the most might be the one who flies a $30,000 aircraft less than 50 hours per year, but he’s probably not going to pay 15 percent of the aircraft’s value for PESP Care,” Zilberbrand admits. AEPC has no problem with old aircraft with high-time engines because it’s looking at it carefully during the pre-enrollment inspection. What we’re getting at is if you try to enroll knowing the engine needs a top overhaul, so will AEPC.

During our research we learned that some large respected aircraft dealers and high-volume engine overhaulers are adopting AEPC programs as standard. Poplar Grove Airmotive includes an AEPC program with 700 hours of coverage on every engine it sends out the door.

OEMs are getting on board, too. American Champion is delivering its new models with a program attached, AEPC is working with Piper to program the Malibu/Matrix and Seneca and Zilberbrand hinted at plans for new Cirrus models. We’ll revisit the program in a year to see how it’s going. If you have experience with it, we want to hear about it.