There it is. Right there on the ramp in front of you. You finally pulled it off. You’ve wanted a turboprop—no, that turboprop—ever since you saw one a few days after you soloed. Now, look at yourself. You just closed on the purchase of that Cessna 425. That one, with the incredibly cool four-bladed prop mod. The one that’s currently overwhelming your senses. 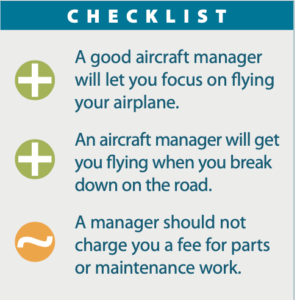 You’ve owned and flown a succession of piston singles and twins. You work 60 hours a week—conservative estimate—and you’ve had trouble in the past working a flight review into your schedule every two years. The local shop has looked after your airplanes, fixing them when they broke and giving you a nudge when it was time for an oil change or an annual.

But this has engines that go “whoosh,” and you’re vaguely aware that turbine means different maintenance regulations and requirements and  you’ve got voicemails and texts from your insurance agent reminding you that you can’t fly your new hot rod until you finish simulator-based training. You’ve climbed the mountain and bought the airplane of your dreams—but suddenly the details involved with actually flying it seem overwhelming. Where do you go from here?

We’re hoping that new turboprop and owner-flown jet buyers don’t get that far into the transaction without having a firm handle on what’s involved with the complexities of owning and operating those capable machines. Turbine-powered airplanes have the potential to give owner pilots new levels of speed, range and ability to safely handle weather than is possible in most piston pounders.

The tradeoff is a corresponding jump in operational costs and considerations. As one owner told us, “It takes a fair amount of mishandling for a pilot to damage a $40,000 piston engine, but with one screwup during starting a pilot can trash a half-million-dollar turbine engine in a matter of seconds.”

In real-world terms, the combination of capability, cost and complexity of turbine-powered airplanes has led to the appearance of numerous companies and individuals that specialize in managing those airplanes for their owners. Management companies will do the heavy lifting involved with ensuring that the airplane is properly maintained and insured and the owner-pilot is scheduled in for the training her or his insurer will mandate—for a fee.

Based on our research for this article as well as flying turbine airplanes for over 40 years, we’ll say up front that if you have the wherewithal to buy a turboprop or owner-flown jet, you probably don’t have the time to commit to keeping track of the sheer volume of paperwork involved with keeping the airplane safe, legal and insured.

Put simply, turbine engines mean dealing with matters that you probably never wrestled with piston engines such as time and cycle limits for components, more stringent regs regarding maintenance, manufacturer’s service instructions that may be mandatory rather than advisory and insurance requirements that are complex enough that failure to comply may mean no coverage if you bend the airplane.

Kasey Lindsay, one of the principals of Northwest Jet, an aircraft broker in Boise, Idaho, told us that it takes as much as 10 hours a week for a person to manage all of the maintenance requirements for a small jet.

That’s where aircraft managers step in and earn their fees. And, based on our research, the time to get one involved is before you buy the airplane.

WHAT DO YOU WANT?

We’ve said it time and again: Before you make the decision to buy any airplane, figure out exactly what it is you want from that purchase. Not being able to state that clearly can mean a lot of wasted money. When it comes to turbines, cube the amount of money involved.

For almost all owners, a turboprop or single-pilot jet is bought because it means a reliable way to travel far and fast while being able to deal with all but the most severe weather.

With that as a starting point, the next question becomes defining the mission. Will you be by yourself or with one or two others on business, or carrying a crowd for business or pleasure? Can you park your ego at the door before your make the buying decision? We’ve seen guys who feel they have to taxi to the ramp in a jet but have a turboprop budget. They buy a 40-year-old jet because they can afford the price of admission and then discover that the cost of upkeep is why the purchase price was so low and they can’t afford to fly it.

A good aircraft manager knows the turbine world intimately and will sit down with you early on to help you fit your budget and mission to the right airplanes.

That means finding a manager before you buy the airplane because  you will probably save more than the manager’s fee in the purchase of the airplane.

The manager should be intimately familiar with the type of airplanes you’re considering. You’re paying for expertise, not a learning curve. The good news is that there are a lot of people who know King Airs or the Cessna Citation line well, so unless you have your heart set on a Piaggio Avanti you will probably have a number of potential managers to interview.  Plus, most of the manufacturers offer management services.

We got inconsistent feedback on the need for a local manager; however, after talking with a number of owners and managers, for an owner-flown airplane, it’s not bad to have someone who is on the airport and is willing to get her or his hands dirty helping with some of the day-to-day stuff.

We spoke with one owner who did not want to be identified. He hired a pilot to fly his CJ-4 with him as well as to manage the airplane. For $2000 a month above the salary for the pilot, the pilot provides turnkey management for the airplane, down to cleaning out the trash after a flight.

We talked with managers who work from a distance and found that meant that so long as the local FBO could do at least basic turbine maintenance they could handle whatever level of management the owner wanted, including contracting to clean the hangar.

We suggest interviewing at least three prospects to see if there is a fit and to see if you can agree on management terms. Professional managers should be able to give you a draft agreement immediately. Unwillingness to do so is a red flag, as is any agreement in which you pay an extra fee, such as a percentage, for maintenance performed.

You will be getting advice from your manager and should be paying a flat-rate fee for the service. Remember and follow one of the oldest axioms of aviation: Don’t take advice from someone who is trying to sell you something.

The manager should have the resources to get you moving again if the airplane breaks away from home—get repairs started rapidly and, if needed, arrange for alternative transportation.

If the manager is more than a one-person shop (we have no objections to small operators, they can be some of the best), longevity of the staff and experience in the industry is important.

A manager should be willing to undergo periodic audits to ensure they are following “best aviation practices” for safety, especially if the management involves providing pilots. Two of the best known auditing companies are Argus International  (www.argus.aero) and Wyvern (www.wyvernltd.com).

WHAT CAN YOU EXPECT?

The services start with helping you select the right airplane and then, working with you, your lawyer and accountant, being the single point of contact to arrange for the prebuy, evaluate its results, negotiate the purchase agreement and arrange delivery of the airplane.

We were told of managers who drove their own vehicles a few thousand miles to get the “stuff” (manuals, spares, specialized tools) that went with an airplane but wouldn’t fit in it on the delivery flight. 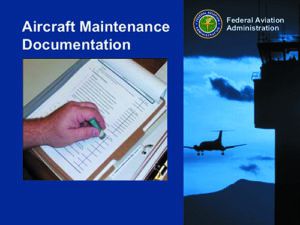 A good manager will be involved with making sure the airplane is properly insured, that you and anyone else who flies it get the required training and that you don’t inadvertently fly it in violation of the FARs or insurance. She or he cuts fuel price and training deals (bigger management companies may be better for this), tracks all required maintenance, gets the maintenance performed, negotiates prices on parts and makes sure that the small things that are needed to make the airplane go are available. That includes everything from making sure your electronic flight bag is up to date to having tissues in the cabin.

Start at $2000 per month and move up depending on the service you want. We didn’t speak with anyone who thought that a good aircraft manager wasn’t worth the cost. However, we did speak with some who said that it took a little looking to find the right one. They advised patience, persistence and making clear exactly what is expected of a manager because the heart of the relationship boils down to good communications between the owner and manager.

We looked at the pros and cons of leasing a piston airplane to a Part 135 operator in the December 2017 issue of Aviation Consumer. Our bottom line was that we didn’t think it was a good idea as it rarely pans out financially and your airplane gets beat up as if it’s a used car. Our research for this article led us to the same conclusion for turbines.

To start with, you pay a great deal of money just for the inspections necessary to get the airplane onto a 135 certificate before a cent of revenue comes in. You then pay the 135 operator for maintenance, which makes the operator money, so there is a clear conflict of interest if the operator also manages your airplane.

And, according to aircraft broker Kasey Lindsay, your airplane “depreciates at the same rate you get paid—there’s no profit in it.” He, and others, told us that the only one who makes money on Part 135 lease deals is the Part 135 operator. While he may be excessively cynical, that’s consistent with our observations over the years.

In our opinion, the complexities of required maintenance on turbine airplanes, getting it performed and making sure that the owner and airplane are legal and meet insurance requirements mean that one of the smartest decisions a turbine aircraft owner can make is to hire an aircraft manager.