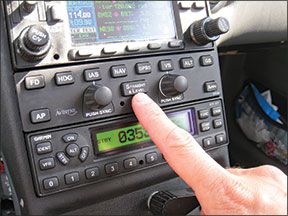 It wasn’t long ago that an entry-level, two-axis autopilot was priced around 10 grand—including installation. Today, that price is double. Add some options and the bottom line could soar toward $30,000.

These big proposals have many owners repairing older autopilots. But as service parts for older systems become obsolete, repair costs are high, downtime is increased and factory flat-rate pricing makes the repair questionable.

In this article, we’ll look at the reality of autopilot repair versus replacement. For basic systems, we think replacement is a better, long-term option.

Major-Level Repairs
We spoke with several respected autopilot repair facilities for their view of common, serviceable models. Surprisingly, repair capability for vintage systems—including Cessna/Sperry and Piper/Century models—is good. It helps to use a shop that does high volume. That’s because they’ll have a good supply of core units for accessing hard-to-find parts. Better yet, many vintage systems can be returned to near-new condition. Still, everyone we talked with suggested that autopilot repair pricing is on the rise.

According to Bob Ferguson at Autopilots Central in Tulsa, Oklahoma, overhauling an older system is almost always going to be cheaper than replacing it.

“It might cost over $10,000 to overhaul an old system, but that’s still going to be cheaper than replacing it with a brand new model,” said Ferguson, who’s worked with autopilots for over 40 years.

Autopilots Central repairs and overhauls most systems in house, including King, Century and Cessna autopilots. According to Ferguson, one of the challenges his shop faces is dealing with S-TEC models, especially flight computers and servos. That’s because S-TEC doesn’t supply bench-level replacement components to the dealer network. Instead, major repairs will have to be accomplished at the factory.

Bruce Grammon at Mid-Continent Instruments and Avionics in Wichita, Kansas, told us that sourcing affordable, replacement parts is becoming a challenge.

“Parts. Whether it’s drive transistors for KC295 computers or servo motors for some King KFC150 systems for Mooneys, our biggest challenge is finding a healthy supply of replacement components for older systems,” said Gammon. According to Gammon, autopilot repair work has increased at his shop over the past couple of years. This, he says, is a direct result of other avionics upgrades.

“Owners might spend $15,000 on a retrofit PFD system but overlook an ailing autopilot system. In many cases, owners can’t handle the additional investment of a new autopilot,” Gammon noted. It’s easy to understand why repairing an old system seems appealing.

Factory repair comes at a premium. Cobham Avionics has three price structures for repairing the S-TEC line of autopilots. Minor level repair covers component-level diagnostics, troubleshooting and repair but without replacing major components. If major component replacement is required, the repair turns into a major level event—with a major price schedule. For instance, a 55X programmer/computer requiring a major level repair, has a flat-rate cost of $2927.

Cobham has an overhaul service—which covers replacement of most or all major components. That same 55X requiring overhaul has a price of $8441. This might be required for older computers with obsolete circuit boards. In some cases, Cobham might exchange the computer. Shops report long turn-around times, but our experience with the quality of S-TEC repairs is favorable, as is the quality of field technical support. Build time for a new system could be as long as five weeks, since each autopilot is airframe specific.

Old Standards
With old systems, it’s not as easy. While the venerable King KFC200 is long out of production, field support is good but troubleshooting can be intensive. Earlier servos—including the KS270-series—are mostly obsolete, but interchangeable with newer, A-suffixed versions. Other troubles with the KFC200 could rest in the KC295 remote-mounted flight guidance computer. Problems related to the systems pitch and roll circuit boards might lead to expensive board replacement.

Still, we wouldn’t trash a KFC200, as it’s a good-flying and full-featured autopilot. As we report in the sidebar on page 9, digital gyro emulators and GPSS steering might offer the KFC and other analog models a new lease on life.

The KFC150 and KAP150 (the latter has no flight director) utilize a panel-mounted controller/flight guidance computer. They have automatic pitch trim and can drive altitude preselect and alerter systems.

These and all attitude-based units from Bendix/King can be prone to gyro-induced flaws. Some possible symptoms of a gyro problem include shallow wing rocking and gentle pitch porpoising. The KI256 flight director gyro could be the problem. Overhaul exchange might cost around $3600, from a reputable shop with a one-year warranty.

What about pre-KFC autopilots, including the Bendix FCS810? Our sources told us these systems are repairable, but parts are becoming scarce.

The same is said for some Cessna 200-and-300 series autopilots. Higher-end Cessna systems—including the 800-series flight control system found in heavier piston twins and turboprops—are complex. You’ll want an experienced shop to handle repairs to these systems.

Early and mid-2000 model year Cessna models feature the KAP140, a rate-based autopilot with good performance and decent capabilities. There were, however, many service bulletins against these autopilots that required inspection and in some cases,replacement of servo assemblies. Look at this service record carefully when buying a used KAP140-equipped 172, 182 or 206.

If you have one of the Brittain AccuTrak or Accuflite systems, there’s hope. Brittain Industries in Tulsa, Oklahoma, still offers support for some models. One system that several repair shops warned against is the Bendix M4D. This system can be found in some Beech King Airs, some bigger Cessna twins, Mitsubishi MU2s and others. Servos for these systems can run close to $9000 each, if they can be sourced.

Avidyne’s DROP-IN
The flagship S-TEC 55X is generally a good performer. But its rate-based turn coordinator drive isn’t always well matched for speedier airframes. For example, Cirrus pilots will attest that its weaknesses are most pronounced on coupled approaches, where it will often hunt left and right to keep the needles centered. GPSS steering helps, but not on an ILS, where the system might blow through the localizer. Nor does it work well on an LPV, because the 55X was conceived before the days of GPS approaches with vertical guidance. As a result, the system won’t fly the vertical segment of the approach in GPSS mode. But Avidyne’s DFC90 autopilot seems light years ahead, with sharper performance and useful features.

The DFC90 is partly a drop-in replacement for the 55X and it uses the same tray, wires and servos, but gets its reference directly from the PFD. This means it’s an attitude-based autopilot with access to an air data computer. It also eliminates the shortcomings of a rate-based system.

Realizing that pilots might have to overcome a learning curve when stepping up from the 55X, Avidyne retained as much of the buttonology as possible from the S-TEC control head to ease the transition. The new buttons are color-coded to show what modes are active or armed.

But more advanced is the straight-and-level mode. Similar to the Level button on the G1000-based Cirrus Perspective system, pilots might get a second chance at recovering from an unusual attitude. Pushing the Level button engages the autopilot and returns the aircraft to level flight. On a demo ride in the company Skylane, we witnessed the recovery from 60 degrees of bank and 30 degrees of pitch. The system is virtually stall-proof, with pitch logic that guards against decaying airspeed.

Avidyne retained the hidden turn coordinator from the original S-TEC installation as a fault comparator. If the DFC90 sees a mismatch between the PFD attitude and the turn-rate information from the old system, it will disengage and alert the pilot.

There’s also an STC that covers the DFC90 autopilot as a plug-and-play retrofit of existing 55X systems in 16 models of the Cessna 182 Skylane series, when installed with the Aspen EFD1000 PFD.

The Aspen Pro PFD provides attitude inputs to the DFC90 from its integrated ADAHRS, while displaying autopilot mode annunciations and alerts on the Aspen PFD. In addition to pitch and roll inputs, the Aspen Pro PFD also provides heading command, altitude preselect, indicated airspeed select and vertical speed command to the DFC90. The DFC90 has a starting price of $10,180 and the software unlock for integrating the DFC90 with the Aspen is $1995.

Caveat Emptor
For new retrofits, S-TEC still owns the market. The entry-level Thirty autopilot—which has altitude hold and basic nav tracking—will likely cost upwards of $17,000 after installation. We think it’s a good match for light airframes and is a better long-term solution than repairing a basic older system. It also offers more features than a basic wing leveler and couples nicely with nearly any panel-mounted GPS.

When buying a used aircraft, a little research goes a long way. Any work on the autopilot should be logged in the airframe logbooks. Look for descriptive entries, including teardown reports of replacement servos and gyros. They might offer clues as to the quality of the repair.

Buying an airplane with the intentions of upgrading or repairing its old autopilot is OK, as long as you understand the costs involved.