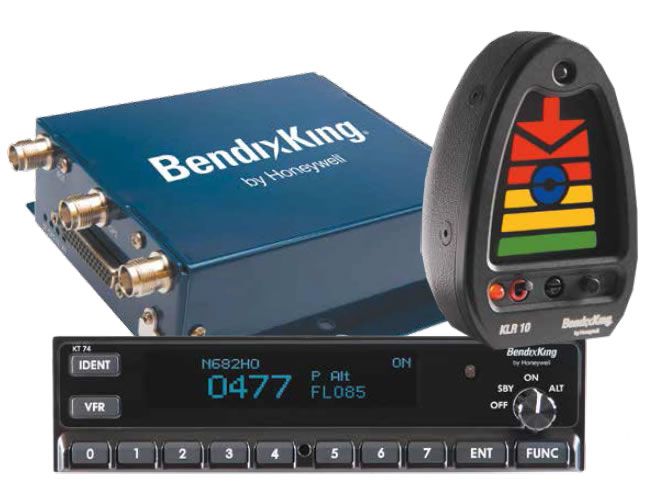 It’s been nearly three years since BendixKing announced its commitment to revitalize the brand name that once stood for quality, value and industry-leading innovation. At the time, the announcement hinted there would be a repeat of an era when King Radio was king of the avionics market.

We knew that would be a tall order since it had to engineer, certify and pitch a fresh product line that could compete with market-dominant and a highly innovative Garmin. Perhaps more challenging was winning back the loyal customers it lost after almost 15 years of silence. And the biggest challenge of all was convincing a scorned dealer network that the company had the steam to hold its own in the shrinking market. For years, the BendixKing dealer network watched as parent company Honeywell focused on the high-end business jet and commercial transport market, nearly abandoning the lower end of the market.

With a diverse product line that includes an audio panel, transponder, angle of attack system, several ADS-B options and the newly certified KSN770 GPS navigator—plus some legacy products that are built to order—BendixKing is back in the general aviation market. But many of its new products are sourced from other manufacturers, hardly representing the engineering know-how and innovation that loyal BendixKing customers might expect. But while there are some homegrown products that originate from Honeywell’s EPIC jet avionics, the new affordable and innovative products the company promised a few years ago aren’t here yet. Here’s a look at some of the products that do exist and what shops are saying about them.

TRUST FACTOR
Just last month BendixKing announced that its president, Kevin Gould, was “moving on to other opportunities.” Gould, the former president of Piper Aircraft, took over the BendixKing division in 2012 and can be credited with adding new products to the lineup through partnerships with FreeFlight Systems, Trig Avionics and Aspen Avionics.

When Gould took the helm, he recognized the immediate need to reengage the dealer network with personal shop visits and by reinstating the dealer advisory council, a way for shops to work directly with BendixKing while offering suggestions for a fresh product line.

“The trust factor is something we have to earn back. We need to prove this to our dealers and to our customers through our actions. In the near term, that’s going to be an uphill battle,” Gould told Aviation Consumer in an interview last year. At the time, the company was struggling to gain certification of its KSN770 navigator.

Since then, BendixKing has maintained a sizable presence at major trade shows, unveiling a new line of products that’s hardly dethroned Garmin and its long list of new products, including the FlightStream wireless tablet-to-panel interface. BendixKing recently discontinued its WingMan tablet app after a cold reception in the market.

Since promotion is greatly dependant on the dealer network, we wanted to find out if trust in the BendixKing brand name has yet been established with authorized distributors, so we asked some. The short answer is no.

As one shop reported, “We’ve sold over $1 million in Garmin in one year. In that same year, we’ve had perhaps 10 requests for BendixKing proposals,” Not surprisingly, none of the shops we spoke with would go on the record. Our sense is they value the dealership for sourcing service parts for repairing legacy radios, something negative input could jeopardize, perhaps even violating dealer agreements.

“I want to see BendixKing come back strong because they once had a strong product line and frankly, Garmin needs brisk competition and customers want alternatives. But slapping your name on other brands hints at an identity crisis,” said another shop manager.

Those were precisely the points we mentioned to Roger Dykeman, BendixKing’s VP of marketing and product management, a company veteran with a strong technical background with legacy BendixKing avionics. Dykeman recognizes that putting the BendixKing name on third-party products isn’t a long-term solution. He hinted this is a short-term approach to rebuilding the brand.

“We’re changing the course of a very large ship and that takes time. When Gould was the president, we looked at ways to positively affect the market in the short term while we turn the company in a better direction for the longer haul. That meant putting our name on products that might benefit from BendixKing brand identity, while offering a more extensive support and distribution network,” he said. These products include the FreeFlight Rangr series ADS-B transceivers (relabeled the KGX130 and KGX150), a top pick in our recent ADS-B roundup article (September 2014 Aviation Consumer), the Trig Avionics-designed KT74 ADS-B transponder and the Alpha Systems AoA, sold as the KLR10.

Dykeman told us there will be announcements of homegrown BendixKing products coming in the early first quarter of next year.

“In parallel with branding partnership products, we’ve been developing our own products. It simply takes time to get those products going. Even basic navcomm radios can’t be rolled out in a short period of time, given the level of FAA certification effort that’s required,” he noted.

Developing new products wasn’t made any easier when the company moved its operation from Olathe, Kansas, to Albuquerque, New Mexico. This meant hiring a new engineering staff, rather than transplanting existing talent to the new facility. It’s worth noting that some key BendixKing employees moved over to Garmin.

VERSUS GARMIN
BendixKing’s current full-stack retrofit products include the PS-Engineering-designed KMA30 audio panel, the KSN770 navigator and KT74 transponder. What buyers might not realize is the lineup still includes legacy products, including the KX155 navcomm, KCS55A mechanical HSI system, the KR87 ADF (sold primarily to other countries) and even the KI825 electronic HSI—a product that originally had a lukewarm reception, but is now being embraced by the military, we’re told. Dykeman also told us that many of the legacy products are built to order, with various lead times.

There’s also the KFC225 autopilot, a system that has STC for twin Cessna, Piper Malibu and Beech Baron and Bonanza applications. Unlike Garmin that only has a retrofit autopilot for the LSA and experimental market,

BendixKing’s KFC225 is an STC-approved system for use with both the Aspen Evolution and the Garmin G500/600 retrofit PFD systems.

AEROVUE, AEROWAVE
A major new product that trickles down from Honeywell’s transport category market is the new AeroVue IFD (integrated flight deck), introduced at AirVenture 2014. BendixKing says the AeroVue model represents the future of BendixKing, which in part includes repackaging successful higher-end products and features from the business jet avionics market and applying them to smaller general aviation cockpits.

On the outside, AeruVue has a striking resemblance to the Honeywell Apex Edge integrated avionics system used on the Pilatus PC12NG turboprop, and has roots in the high-end Epic system, but it’s designed around retrofit projects where it will replace all of the round gauges in  older King Air twins.

The AeroVue uses three 12-inch displays (two primary flight displays and one multifunction display) that are controlled with hard keys and knobs rather than with a touchscreen interface. There is an optional cursor control user interface that’s integral to programming the integrated navigator, but we think buyers might expect a hybrid touch interface like Garmin’s G5000 jet-focused integrated cockpit.

The initial retrofit STC for the AeroVue is on the Beechcraft King Air 200/B200 turboprops and is expected to have a fly-away price of around $250,000. The King Air full-panel retrofit market is currently dominated by Garmin, with its G1000 STC that’s roughly $350,000 installed. We asked BendixKing’s Dykeman if the AeroVue could be a player in piston singles. After all, Garmin’s aging G1000 never did fill a vacant integrated cockpit retrofit market. “It is certainly our intent to expand AeroVue and its derivatives,” he told us.

Another new product is the AeroWave 100 inflight satellite internet and messaging system. The AeroWave can provide connectivity speeds up to 200 Kbps (3G speeds) with a remote processor, satellite antenna and owner-provided cabin modem.

At $19,995 the system is one of the least expensive cabin internet systems on the market, and usage is charged by the hour, rather than by the amount of data that’s used. The target market for the AeroWave is owner and corporate-flown single and twin turboprops and light jets.

INDUSTRIAL WAR
Dykeman said that parent company Honeywell is being supportive in the effort to rejuvenate the BendixKing name, despite its prior commitment to serving higher-end markets.

BendixKing’s longevity likely depends on it. As one shop owner put it,“It’s industrial war going on in the avionics market right now. The way you win a war is to have more firepower than the other guy and to bring heavy-duty power. That’s what Garmin has and it influences a shop when recommending a product line to buyers.”

Finally, one shop manager echoed our thoughts on a way for the new BendixKing to gain market traction.
“There’s a viable market for upgrading the later-generation Silver Crown radios in late 1990s to early 2000s vintage Cessna singles. If BendixKing could come out with an affordable line of radios to modernize those panels, and ones with even older digital Silver Crown like the KX155, then they would really have something.”