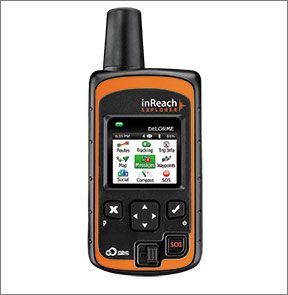 Bugs have been defined as small flying creatures that hurl themselves at airplanes intending, through sheer numbers, to deprive them of flight. While not nearly as effective as icing in changing the shape of a wing’s leading edge, a layer of bug splat does affect performance and efficiency.

Once bugs give their all against a leading edge, the process of decay of makes their remains progressively more difficult to remove. Plus, the enzymes released during decay can damage the paint. Taking 10 minutes as part of a postflight to clean fresh bugs off requires less work and less sophisticated cleaning products than attacking them once they’ve been in place for a few days—water and a damp microfiber cloth will usually be adequate.

However, we recognize reality—most owners wait until the bug buildup becomes bothersome and then start the tiring exercise in elbow grease. We wanted to find out if there is a way to make the task easier for procrastinators. Spoiler alert: We found that there’s no magic bullet, however, Wash Wax All and the Aero Scrubber Pad proved a remarkably effective combination—plus, access to water is not needed.

Test Set Up
We started with a list of over 20 products (and techniques) and winnowed it down to a reasonable number to test based on product labels (no abrasives allowed) and recommendations of aircraft owners, mechanics and aircraft detailers.

We settled on plain water, Flight Jacket, Wash Wax All, Protect All and Aero Scrubber Pads. We also bought Rejex—not a cleaner, but a reactive chemical coating that its packaging claims creates a protective polymer finish—and started what will be a several-month exercise in seeing if it makes subsequent bug removal easier.

Based on recommendations of professional aircraft detailers, we also chose not to use rags, towels or paper towels with any of the cleaners—we stuck with microfiber towels and the aircraft-specific cleaning pad. Perhaps we were too conservative, but being gentle with aging aircraft seems sensible to us. Aircraft detailing and concerns about protecting aircraft paint was covered in the April 2013 issue of Aviation Consumer.

We used an airplane that had been washed four months earlier. Bugs had been cleaned off periodically, but no new wax or protectant had been applied to the leading edges. It had been flown at varying altitudes through the Mountain West and Midwest for over 30 hours and more than a month since bug splat had been last attacked.

Water
Some aircraft owners told us that plain water and a wet cloth combined with elbow grease will remove bugs from leading edges. We used a spray bottle to soak the bugs and then waited several minutes before we tried to wipe the bugs off. Few carcasses were removed, despite repeated application of water and lots of rubbing.

Protect All
At $18.75 from Amazon.com, Protect All All-Surface Cleaner came recommended by aircraft owners. The label said its dry wipe application will clean, polish, wax, treat and create a super slick anti-static finish for easier and less frequent cleaning. We noted that it contains Carnauba wax, popular for cars but frowned on in the aircraft world as automotive waxes do not hold up well in flight. It potentially can cause static build-up that Mike Pride of Leading Edge Aviation in Dallas, Texas, said can cause interference with flight instruments.

The instructions called for application to a small area with a dry cloth to be used to spread the product evenly. Next, a second dry cloth is used to wipe the area dry. In our test, Protect All was only slightly more effective at removing dried bugs than water. Protect All applied to a clean leading edge may act as a protectant and make it easier to subsequently remove bugs, but it didn’t live up to its claim as a cleaner. Also, as a protectant, technology has moved beyond Carnauba wax—reactive polymer coatings, such as used in Rejex, are favored by detailers.

Flight Jacket
AeroShell has a line of six what it refers to as “appearance products” under the Flight Jacket name. We were guided to the Oil and Exhaust Remover ($10.98 from Skygeek.com) by enthusiastic comments from aircraft owners and labeling that promised it was non-abrasive.

Results were fair, much better than water or Protect All, but getting the dried bugs off required several treatments and a lot of rubbing.

Wash Wax All
Wash Wax All ($9.95 at Amazon.com), from Aero Cosmetics, is one of the company’s line of aircraft cleaning and polishing products. It was the product most often mentioned favorably by aircraft owners when we discussed bug removal.

The packaging for the product included a number of clearly written pamphlets that described how to use the products effectively. One contained a section devoted to removing bugs—and called for using Wash Wax All with a microfiber cloth or an Aero Cosmetics Aero Scrubber Pad ($19.95 for two at Sportys.com).

The recommended procedure is to spray the area and let it soak five to 10 minutes. Next respray an area “that can be comfortably cleaned” and use a microfiber cloth or Aero Scrubber Pad to “break up bugs,” then wipe the area dry with another microfiber cloth before the Wash Wax All dries on its own.

Following the instructions, we had to wipe off the excess product that ran aft of the leading edge of the wing or tail before it dried—a minor matter. Using a microfiber cloth to break up the bugs and another to dry the area gave about the same results as the AeroShell Flight Jacket product—good, but needing more than one application.

Using the Aero Scrubber Pad—advertised as “soft, non-scratching and reusable”—gave us results that impressed us. The dried-on bugs that had required repeated applications to remove came off almost completely on the first go around. Only a few bug splats required another spray-and-wipe cycle to break up and eradicate.

We were so surprised at the effectiveness of the Aero Scrubber Pad over the microfiber cloth that we tried it with the Flight Jacket and Protect All products as well as plain water, thinking it might improve their games. It did—but not to the level of using it with Wash Wax All.

Conclusion
Our recommendation for an effective dried bug removal treatment is Wash Wax All with an Aero Scrubber Pad. We note that Aero Products says to keep the pads clean, wash them after use and store them in a sealed container—and to stop using a pad if it touches the ground.