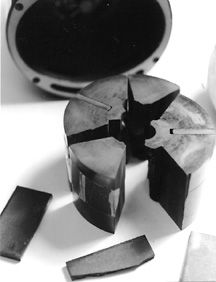 We wonder how many aircraft owners drifting into a half doze before the television last August were jolted bolt upright by the disturbing images on screen.

There, unmistakably, was a pile of broken…vacuum pumps. Right in the middle of prime time.

During what had to be the slowest news day of the nascent century, ABCs Primetime stitched together a mostly content-free story woven of the gauziest premise: Crappy vacuum pumps are killing the pilots and passengers of light aircraft and the makers of these pumps have known for years that they can fail without warning.

Hows that for a startling revelation? Never mind that engine failures in singles kill 10 times as many people and a passenger is nearly as likely to die from walking into a spinning prop as from a vacuum pump failure in a GA aircraft in IMC.

A savvy owner could easily dismiss ABCs report for what it was: A mess of jumbled facts with an ill-informed conclusion that ignores the fact that vacuum pump failures as a significant accident cause are all but a non-starter.

Perfect Timing
But give ABC credit for one thing: Its timing was perfect from Parker Hannifins view. As weve reported, Parker Hannifins Airborne Division is the leading supplier of dry vacuum pumps but it announced recently that its getting out of the pump business, with the slack likely to be taken up by Champion, which has introduced its own, supposedly improved, dry pump.

But Parker Hannifin isnt going quietly into the good night. Earlier this year, the company seemingly blitzed every man, woman and child in the U.S. with a pilot safety warning packaged to look suspiciously like an AD.

We received three of these bulletins and other owners reported getting multiple copies. Several readers wondered if the bulletin legally required them to install a back-up pneumatic source before flying IFR, an impression Parker Hannifin might wish to convey but which is, in fact, false.

The bulletin consisted of a sternly worded letter noting, among other things, that you must have a back-up pneumatic power source for the air driven gyros or a back-up electric attitude instrument if you fly under IFR in IMC. The language is clearly intended to give the reader the impression that this is a regulatory requirement. It is not.

To add to the sense of urgency, Parker Hannifin sent along a three-hole punched sheet meant to fit into a POH and printed in such a way as to resemble an AFM supplemental limitation, reinforcing the impression that back-up of some kind is a legal requirement. Says the POH sheet: This important notice must be given to the owner/operator of the aircraft into which this air pump is installed. FAILURE TO DO SO MAY RESULT IN DEATH, BODILY INJURY OR PROPERTY DAMAGE.

Along with the bulletin, Parker Hannifin sent a reprint of an FAA pamphlet called the Silent Emergency, which examines the ramifications of vacuum and gyro failures. Parker Hannifin, by the way, tried this mail blitz strategy once before, in 1986, sending out a similar package.

High Profile
Most owners recognized the Parker Hannifin mail campaign for what it was; an effort by the company to prove to owners (and juries) that it has made an extraordinary effort to inform pilots of the dangers of flying without either a back-up pneumatic source or a back-up attitude gyro powered from the ships bus. We give the company credit on that count: Youd have to be living under a rock to have missed this barrage of paper.

Still, despite the extraordinarily small number of accidents precipitated by known vacuum-pump failures, Parker Hannifin has been sued repeatedly and is currently defending itself in at least two lawsuits, both of which were mentioned in the ABC report. In one, the family survivors of a 1998 crash in which a Dakota plunged into Lake Ponchartrain near New Orleans are suing the vacuum pump manufacturer. The NTSB accident report gives vacuum pump failure as a contributing cause.

Interestingly, the accident investigation casts some doubt on whether the Dakotas turn coordinator was functioning properly or at all. An open circuit to the TC was found and the gyro innards were severely corroded. (The airplane was recovered from the lake 10 days after the crash.)

The second accident has garnered more attention and occurred only last October. On a campaign trip for the U.S. Senate, Missouri Governor Mel Carnahan was killed when the Cessna 335 flown by his son crashed at Hillsboro, Missouri while on a night IFR flight in IMC. Before the crash, the pilot reported problems with his attitude gyro and he told controllers he was flying off the co-pilot side gyro.

In December of last year, two months after the crash and before the NTSB had determined cause, the Carnahan family sued five companies for damages, including Cessna, Parker Hannifin and Sigma-Tek, maker of gyros aboard the 335. The Cessna had two vacuum pumps aboard, connected to a common manifold through a shuttle valve. The FAA briefly considered making shuttle valve replacement/inspection an AD item.

Yet another crash in 1999 shed unfavorable light on vacuum and gyro failures. In November of that year, Itzhak Jacoby, an experienced and highly regarded instructor in the Bonanza Pilot Proficiency Program, crashed in his S35 V-tail after departing in low-IMC from Linden, New Jersey. In addition to killing three aboard the aircraft, 22 people on the ground were injured, four seriously, a fact which touched off yet more lawsuits. Although the Bonanzas pneumatic pump wasnt implicated, the NTSB determined that the aircrafts HSI had failed for unknown reasons. Significantly, however, the pilot suffered from migraine headaches and, according to the NTSB report, was taking heavy doses of a drug called Fiorinal, which is both habit- forming and capable of inducing acute incapacitation, thus the HSI failure may have been a minor link.

But Few Accidents
As much attention as these accidents have garnered, an objective review of the accident records reveals that despite the annoying failure rate of vacuum pumps, theyre implicated in a miniscule number of fatal accidents.

The FAAs Silent Emergency pamphlet notes that on average, there are two fatal accidents a year involving pneumatic system failures and our review of the NTSB record supports that.

Furthermore, in some of these accidents-the Lake Ponchartrain Dakota crash being an example-there are extenuating circumstances that finger other factors, such as a failed turn coordinator or pilot incapacitation or inexperience. And in some accidents, the evidence of pneumatic failure as the primary cause is weak, due to lack of conclusive evidence in instances where the pump has been too severely damaged to evaluate.

Of course, in examining the risk that a pneumatic failure poses, pilots tend to remember accidents theyve read about and Parker Hannifins bulletin blitz, coupled with ABCs sensationalized coverage-complete with a pilot screaming on the ATC frequency-obscures an important fact: Vacuum failures are low on the list of things that can kill a competent pilot.

Admittedly, we dont have any data to shed light on the number of vacuum pump failures per hour of exposure in IMC-the true measure of risk. But drawing from the overall record, the threat of vacuum failure as a leading killer simply isnt supported by any fact pattern that we can find. In fact, given the 350 or so fatal GA aircraft accidents each year, those caused by pneumatic failure represent, at the most, less than .1 percent of the total. We can understand why Parker Hannifin thinks its an easy mark for lawsuits.

Coping
A pilot friend e-mailed us after watching the ABC report and after venting his bile over the shoddy reporting admitted that the program made a valid point, albeit one awash in the producers weak grasp of the technical issues.

The point, of course, is that of all the replaceable components owners must buy for their airplanes, vacuum pumps are perceived-and probably are-the least reliable and the worst value. The real scandal, in our estimation, is that in three decades, no manufacturer has significantly improved the carbon-vane pump to exclude infant mortality and unpredictable failures, such that pumps may last 50 hours or 500 hours.

In the May 2001 issue of Aviation Consumer, we reported on a new vacuum pump being marketed by Champion, which the company claims will end premature failures. (Contact 864-843 5400/www.championaviation.com).

Champions Velocity pumps are equipped with a removable port which allows inspecting the pump vanes for wear.

Although we applaud what appears to be a good idea, the Velocity is still a carbon-vane pump and it hasnt been in the field long enough to have demonstrated that its a more durable or cost-effective alternative to Parker Hannifins Airborne products.

Frankly, we cant help but think that the carbon-vane dry pump is an idea whose time has come and gone, no matter how well theyre made. We hope Champions new pumps prove us wrong.

Meanwhile, the risk of a fatal accident from a pneumatic failure remains quite low and it can be all but eliminated through the addition of a back-up pneumatic or gyro system or both. Although Parker Hannifin has pushed the FAA to make back-ups mandatory, the agency has rightly resisted.

We continue to believe that the best-albeit not the cheapest-solution is an electric attitude gyro which concurrently provides an independently powered attitude source and an alternative to the single-point failure weakness of a vacuum-powered AI with a pneumatic back-up.

Above all, recognize the vacuum failure risk realistically. Not to trivialize the hazard, but the truth is that a reasonably proficient pilot with a functioning turn gyro will probably detect and survive an expected vacuum failure, although the experience wont be one anyone would want to repeat.

Adding a back-up gyro will improve the already excellent odds of a pump failure remaining what it really is: A maintenance nuisance, not a sure-fire killer.

Also With This Article
Click here to view “Partial Panel: Would You Survive?”