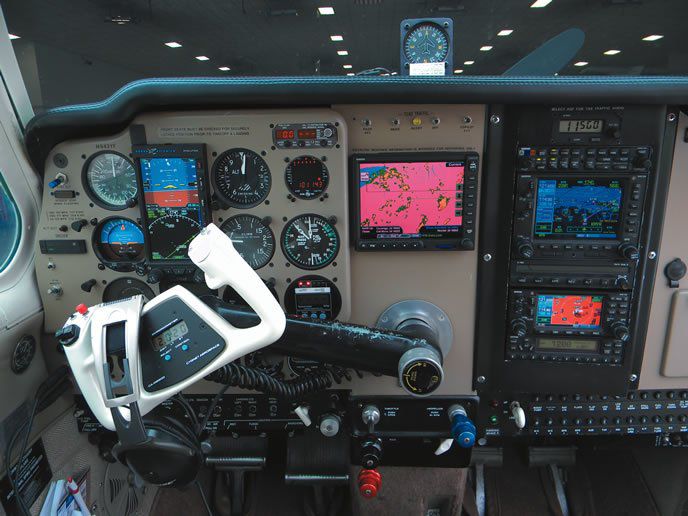 When a high-priced avionics retrofit produces a panel that’s completely electrically driven, the natural question is: why retain the vacuum system at all?

While pneumatic de-ice boots will still require a pump, simpler aircraft with all-electric flight instrumentation (including electric backup instruments) simply don’t need a vacuum system. But, is it legal to remove the pump and the plumbing that tags along? The answer should be simple, but it isn’t.

We asked a few avionics shops how they approach all-electric upgrades which all but send old-school vacuum instruments to the trash bin. Like most gray-area regulatory matters, there were some differing opinions.

Chris Girman at CE Avionics in Sanford, Florida, told us his shop sees the vacuum system in some aircraft as an optional accessory. The keyword is “some,” because in others it might be required by the original type certificate.

A tech at VIP Avionics in Hartford, Connecticut, pointed out that you need to look carefully at the required equipment list for the aircraft. For example, on many Garmin G1000-equipped Cessna models, the vacuum system is listed as mandatory equipment, while on other models it’s listed as optional equipment.

On the other hand, CE’s Girman reasoned that removing all of the vacuum-driven instruments and replacing them with approved electrically driven ones renders the vacuum system useless. Since it’s not connected to anything, it doesn’t need to be there. Girman cautioned about carefully following the STC for the new equipment being installed. As he noted, the STC for primary systems like Garmin’s G500 and Aspen’s PFD system specifically provide for secondary backup instrumentation as a failsafe to electrical failures—and for failure of the display itself. But even that requires some interpretation that’s best left to the shop that’s signing off the installation.

For example, Aspen’s Evolution PFD installation manual requires a standby attitude indicator with a separate power source (among other things), but it doesn’t need to be original equipment.

The early 1960s N35 Bonanza in the photo is an example. Its Aspen PFD (equipped with a backup battery) is backed up with an approved Mid Continent Instruments LifeSaver electric attitude gyro that’s also backed up with an emergency battery.

The point is, planning a vacuumless retrofit for failures is just as important as complying with FAA regs.