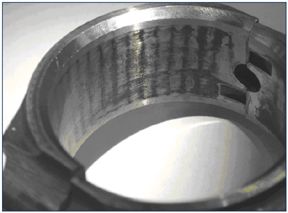 Is it really worth the time and expense to open up a perfectly functioning engine at 1500 hours on the off-chance that it might have a defective connecting rod? Thats a question the FAA is trying to answer in a recently proposed airworthiness directive that would require the replacement of some 1100 to 1200 Engine Components, Inc. connecting rods on O-360 and O-540 series Lycoming engines. But ECI disputes the FAAs claim and especially the technical work supporting the NPRM and it complains that the agency has refused to make its tests on the connecting rods available to the public and to ECI. (The company has filed a Freedom of Information Act request to obtain the test data.)

A Single Failure
The NPRM sprang from a connecting rod failure in a Lycoming O-360 in a Cessna 172 in October of 2003. A post-failure inspection by the FAA and Penn Yan Aero, which overhauled the engine for one its 180-HP conversions, revealed that the rod failed due to oil starvation and subsequent bearing disintegration. At issue, however, is the mechanism for the oil starvation.The FAA contends that it was due to sub-standard machining by ECI inside the bore of the rods big end and that the surface finish behind the bearing shell had a scalloped or tank track pattern that transferred to the bearing itself. The FAA believes that this caused local high spots between the bearing shell and the crank journal surface that excluded an oil film between the bearing and the journal, leading to the failure.

In support of this claim, the FAA relied both on roundness and surface quality measurements of the ECI rods done at a meeting at Lycomings Williamsport plant in December 2003 and its own tests by Sandia National Labs, the results of which havent been made available to ECI. Although ECI had representatives present at the Lycoming meeting, they werent allowed to witness the test measurements. In the NPRM documentation, the FAA claims that the big-end bores were out of round and that the scalloped surface finish contributed to the October 2003 failure. The basis for this claim is objective government testing according to documentation in the NPRM docket, presumably the Sandia testing.

Although ECI subsequently made drawing changes related to defining circularity after the failure, ECIs Ed Salmeron told us that the company disputes the FAA claims that scalloping inside the rod bore caused the failure. Although ECI agrees that oil starvation led to the bearing disintegration, it doesnt agree that the scalloping or waviness pattern had anything to do with it.

For one thing, Lycomings original specifications for the rod provide no standards for surface finish related to scalloping and for another, the tri-metal bearing shell has a .0004 to .0008 inch overlay specifically designed to absorb miniscule irregularities between the bearing and the journal. The overlay is at least as thick as the depth of the waviness. Both ECI and Penn Yan believe the oil starvation resulted from something other than the rods waviness pattern, possibly a blocked oil galley.

ECI did its own testing, installing serviceable rods from the failed engine in an O-360 which was then run at high power settings for 50 hours. No evidence of impending failure was noted, according to the ECI test report provided to us. However, the FAA believes a short-run test is not adequate to reveal oil starvation caused by poor surface finish on the rod cap behind the bearing shell.

Proposed AD
The FAAs October 5, 2005 NPRM would require replacing ECI AEL 11750 connecting rods with serial numbers of 54/6 or lower before reaching 1500 hours time in service or within 50 hours of the ADs effectiveness if the engine already has 1500 or more hours.

The NPRM mistakenly says 2800 Lycoming engines would be affected but ECI says its actually 1100 to 1200 rods or 200 to 300 engines, depending on how many are four- and how many are six-cylinder units. The FAA estimates costs to owners of about $1988 each.

When we contacted FAA engineer Peter Hakala, who is overseeing the NPRM, he had just inherited the file from another engineer and was unable to explain why the Sandia test data wasnt being made available to ECI. At press time, an FAA spokesperson told us Sandia issued no report; test results were conveyed verbally to ECI. Hakala also said theres been some discussion of rewording the AD to require the rod replacement at engine overhaul instead of at 1500 hours. But that wording change is far from definite, were told.

More Questions
When we checked with engine shops familiar with connecting rod wear patterns we learned of some troubling inconsistencies in the proposed AD. Three shops-Penn Yan Aero, Zephyr Engines and Central Cylinder-told us the tank track pattern appears not just in ECI rods but in those from Lycoming and Continental as well. The photos were provided by ECI from a Lycoming factory rod removed from an engine by Central Cylinder, an Omaha, Nebraska shop.Central Cylinders George Czarnecki told us the Lycoming rod had scalloping as bad as any Ive seen.

This raises obvious questions about the ECI AD. If the AD is based on scalloping, why shouldnt Lycoming rods be included in the AD as well? We e-mailed the photo to both the FAA and Lycoming with that question in mind.

Lycomings general manager, Ian Walsh, confirmed that the photo depicted a Lycoming part, however, he also noted that it had been reworked in the field and fitted with bearings from Superior Air Parts. (Other photos confirmed this.) Walsh told us Lycoming takes no position on the proposed ECI AD.

The FAA did not respond to our query about the photo but Walshs observation raises yet more questions. While other shops frequently see this pattern in rods removed for overhaul, Walsh said Lycoming hasnt seen it in rods theyve removed from engines. If thats true, does the scalloping pattern appear only in rods fitted with other-than-Lycoming bearings? Or only in rods that have been field reconditioned?

And if this pattern is as common as field shops indicate and, as the FAA claims, is a precursor to rod failure, why havent we seen more than one failure? Central Cylinders George Czarnecki and Zephyr Engines Charlie Melot told us the lack of rod failures is simply because the tank tread pattern is a benign wear signature. For years, shops have simply honed the rod big end and installed oversized bearings-a method described and approved in Lycoming Service Bulletin 439A. Czarnecki labels the notion of determining connecting rod airworthiness by requiring lab instruments to measure rod cap surface quality as ridiculous and beyond the ability of field overhaul shops.

He notes that field shops have used the honing procedures for years with no indications of failures due to waviness in the bearing caps. No one knows if the failed rod in question was simply a worst-case out-of-round condition or if something else caused the oil starvation.

Conclusion
We think to avoid a potentially unnecessary case splitting and rod replacement, owners should contact their overhaul shops to determine if the ECI rods in question were used. Then owners-and shops-should review and comment on the docket, which ECI has posted on its Web site at www.eci2fly.com. The comment period ends on December 5, 2005 but we believe the FAA may extend this if the AD wording is changed.

We agree with ECI and the engine shops that the FAAs technical work on this proposed AD serves to raise more questions than provide convincing answers. With several hundred owners in line for a $2000 or more repair bill, we think it deserves more scrutiny.