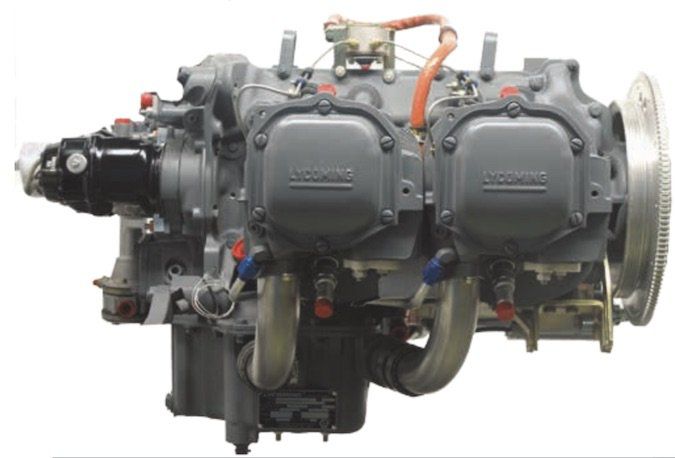 Everyone knows that like vehicles, parking aircraft for long periods of time is just a bad idea, yet we see more otherwise good machines left in the weeds for months and even years. Shamefully, some don’t even have cowl plugs installed. Someone will pay the price for these engines that simply sat too long, grossly unprotected.

How long is too long? It depends on the climate and how the engine was cared for during its time of rest. And as you would suspect, corrosion is the enemy. Herewith are some tips worth considering when parking the engine for long periods.

You don’t have to be a combustion engineer to understand that corrosion in aircraft piston engines results from moisture being introduced into internal engine parts. In addition to ambient moisture, corrosion is also supported from the byproducts of combustion, which include moisture that contaminates the engine’s lubricating system and helps to form acidic byproducts in the oil.

According to Lycoming, “Our experience has shown that in regions of high humidity, active corrosion can be found on cylinder walls of new engines inoperative for periods as brief as two days. In engines that have accumulated 50 hours or more time in service in a short period, the cylinder walls will have acquired a varnish that tends to protect them from corrosive action; such engines under favorable atmospheric conditions can remain inactive for several weeks without evidence of damage by corrosion.” Lycoming goes on to reiterate that aircraft operated close to oceans, lakes, rivers and in humid regions have a greater need for engine preservation than engines operated in arid regions.

Conversely, for those engines subject to moderate amounts of blow-by and relatively high oil consumption, accumulating moisture and acid in the oil is a foregone conclusion, regardless of how often the aircraft flies.

In some respects, we can do only so much to keep the damaging impact of corrosion to a minimum, but some form of storage should be considered when limited operation and frequent periods of downtime are expected. Also, think in terms of shelf life because this would also be applicable to engines removed from the aircraft awaiting reinstallation at a later date. We know plenty of newly overhauled engines sit for long periods of time in unheated hangars.

The Continental Motors bulletin on engine storage is Service Information Letter 99-1, which has a specific checklist of products and procedures. There is also one published for fuel injection systems, SB 99-8B. For Lycoming engines the general publication is Service Letter L180B.

Should You Ground Run?

Tempted to make tracks to the airport and fire up a slumbering engine for a few minutes of ground running? It won’t get hot enough to do much good. It might do more damage than good. To quote Lycoming again: “Engine temperature and length of operating time are very important in controlling rust and corrosion. The desired flight time for air-cooled engines is at least one continuous hour at oil temperatures of 165 degrees F to 200 degrees F at intervals not to exceed 30 days, depending on location and storage conditions.” That one hour of operation does not include taxi, takeoff and landing time. According to Lycoming, if recommended oil temperatures are not obtainable, contact the aircraft manufacturer for oil cooler winterization plates.

More than one tech told us that engines that are not operated in flight to normal operating temperatures at least once a week should be managed under some preservation or storage program to reduce the effects of corrosion.

In our view, the ground running of an engine is not a substitute for flying it when it comes to dispelling moisture. Running it on the ground simply doesn’t get the engine hot enough, plus it tends to cause uneven heating at higher power, so you’re likely just wasting fuel doing so.

Remember, all preservation/storage methods are concerned with one goal-keeping moisture and other corrosive agents from contacting metal surfaces by placing some type of protective coating or barrier between the metal and the corrosive-causing environmental conditions.

We spotted an interesting point in Lycoming’s SL L180B on pulling the propeller through-something a lot of pilots do when the engine sits for a while. According to Lycoming, it’s not recommended when the engine isn’t run or flown for over a week or so.

“Pulling the engine through by hand prior to start or to minimize rust and corrosion does more harm than good. The cylinder walls, piston, rings, cam and cam follower only receive splash and vapor lubrication. When the prop is pulled through by hand, the rings wipe oil from cylinder walls,” the bulletin says.

Additionally, Lycoming says the cam load created by the valve train wipes oil off the cam and followers. After two or three times of pulling the engine through by hand without engine starts, the cylinders, cam and followers are left without a proper oil film. Starting engines without proper lubrication can cause scuffing and scoring of parts resulting in excessive wear.

Both manufacturers agree that inactivity in excess of 30 days strongly suggests the need for some special preservation methods and chemicals, especially if the aircraft is located near saltwater or a similar humid environment.

Remove the top spark plugs and through the spark plug hole, spray the interior of each cylinder with approximately two ounces of the preservative oil mixture using an airless spray gun (one is the Spraying Systems Company Gunjet Model 24A-8395 or equivalent). In the event an airless spray gun is not available, a moisture trap may be installed in the air line of a conventional spray gun. Reinstall the spark plugs and don’t turn the crankshaft after the cylinders have been sprayed. And remember, of course, the preservation mixture won’t lubricate the engine, so don’t run it.

If the aircraft is stored in a region of high humidity, or near a sea coast, it is better to use dehydrator plugs instead of merely replacing the spark plugs as prescribed. Cylinder dehydrator plugs, MS-27215-2 or equivalent, may be used.

Preferably before the engine has cooled, install small bags of desiccant in exhaust and intake ports and seal with moisture-impervious material and pressure-sensitive tape. Any other opening from the engine to the atmosphere, such as the breather, and any pad from which an accessory is removed should likewise be sealed.

Firmly attach red cloth streamers to any desiccant bags installed in the intake and exhaust passages to ensure material is removed when the engine is made ready to fly again. Streamers should be visible from outside the aircraft. The propeller should be tagged, “Engine preserved-do not turn the propeller.” This isn’t exactly a do-it-and-forget-it task.

At 15-day maximum intervals, a periodic check should be made of the cylinder dehydrator plugs and desiccant. When the color of the desiccant has turned from blue to pink the preservation procedure must be repeated.

Ready to fly again? Remove the seals, tape and desiccant bags. Use a solvent to remove the tape residue. Remove the spark plugs or dehydrator plugs. With the magnetos off, rotate the propeller by hand through sufficient rotation to remove excess preservative oil from the cylinders. Drain the remaining preservative from the engine through the sump.

To prepare the engine for long-term storage per Continental’s SIL 99-1, drain the engine oil and remove and replace the oil filter with a new one and service the engine to the proper sump capacity with oil conforming to MIL-C-6529C Type II. Fly the aircraft for one hour at normal operating temperatures. After flight, remove all the ignition leads and remove the top spark plugs. Spray atomized preservative oil that meets MIL-P-46002, Grade 1, at room temperature through the upper spark plug hole of each cylinder with the piston at bottom dead center position. Rotate the crankshaft as opposite cylinders are sprayed. Stop the crankshaft with none of the pistons at top dead center. Re-spray each cylinder and install the top spark plugs, but not the leads. For long-term storage, Continental says to install dehydrator plugs in each of the upper plug holes, making sure each plug is blue in color. Use the same care in labeling the engine as described in the Lycoming section here. Continental recommends the cylinder bores of all engines prepared for indefinite storage must be re-sprayed with corrosion preventive mixture every 90 days.

Ideally, engine parts should be coated with some type of corrosion-prevention compound prior to storage, and all exposed surfaces, holes or orifices should be closed, plugged, or in some way protected from direct exposure to moisture.

Propeller shafts should be treated with corrosion prevention treatment and wrapped with some type of barrier paper or moisture-resistant tape.

Fuel systems should be purged of all fuel and Continental claims that no special preservation preparation is necessary with Continental Motors fuel injection systems other than to completely drain the system. Recommendations for the Precision Bendix line of fuel injection servos is a little more complicated.

For servos subject to inactive periods beyond 28 days, the fuel servo and flow divider should be purged of all fuel and the fuel cavities flooded with 10-weight non-detergent oil.

The original equipment manufacturer for Marvel-Schebler carburetors recommends that the float bowl be drained and that a light coating of MIL-C-4339 preservative oil be sprayed in the throat of the carb and on any exterior surfaces. It does not recommend that the bowl interior be flooded with the oil.

Uninstalled fuel components should be preserved and placed in airtight bags with a small amount of wrapped silica gel. Pressure-injection carburetors should be drained of all fuel, the mixture placed in the full-rich position and grade #1010 (light lubricating mineral oil) introduced into the fuel inlet. When the preservative oil begins to flow from the uncapped vapor vent opening, all drain and vent plugs should be reinstalled and safety wired, and the inlet and outlet fittings capped for storage.

Wake It Up With Caution

It is important to remember that long-term preservation of engines can result in trapping large amounts of oil in the combustion chambers of one or more cylinders. For this reason, engines should not be rotated until all of the preservative oil is drained away. Failure to do so can result in damage to the piston, connecting rod and crankshaft of the flooded cylinder. If there is any question in preserving or waking up an engine, lobby the help of an A&P mechanic.

And it goes without saying that you need to service the oil sump with the correct grade oil and a fresh oil filter. Do a thorough ground run, followed by an engine leak check before flying it.

Last, be sure to log all of this effort. It will show prospective buyers how well you cared for the engine.