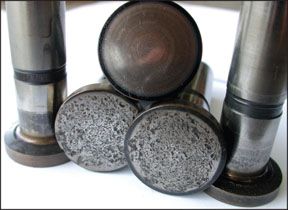 As much as we wish it were otherwise, theres lots of not so-good-news in general aviation. From the cost-of-ownership point of view, one of the most troubling trends is reduced flying hours. When owners fly fewer hours, the effects trickle down through the GA economy like a corrosive acid drip, an analogy thats especially apt to describe what lack of activity does to airplanes: It causes them to rust, especially engines.

Engine shops repeatedly tell us that the incidence of engines being trashed by severe corrosion continues to rise. Although theres only anecdotal data-and not much of that-to support the claim, overhaul shops believe that inactivity is the chief reason engines self-destruct due to corrosion. Higher avgas prices, restrictive airspace rules and shifting demographics that dont encourage making new pilots only aggravates the trend.

Less well known is that for years, the industry has offered so-called engine storage or preservative oils that have powerful corrosion control additives. These dont get much attention because they represent a tiny trickle of sales, thus the ad dollars go toward flogging the main line products, such as Elite or Aeroshell 15W50. Our view, however, is that it may be time for owners to face the music and accept the fact that during certain times of the year-thats going to be winter for most of us-the engine is better off being put into flyable storage or fully pickled. In this report, well examine the options.

Shiny Surfaces
Protecting a little-used engine from corrosion is largely about keeping the shiny surfaces-cylinder bores, cam and lifter surfaces, gear surfaces and so-called yellow metals-from rusting due water and/or acid incursion. Theres no mystery about how to do this. For many years, the military has understood that heavy, clingy oils with special additives do it best by excluding water and acids from contact with metal surfaces. Its no surprise then that most of the products available for engine pickling come from the Mil-Spec world, where theyve been used for years.

We bench-tested four products: an engine storage kit from Tanis Aircraft Services, Shells 2F flyable storage oil, Engine Storage Oil from Aircraft Spruce and Specialty and CamGuard additive mixed with Phillips XC multi-grade oil. CamGuard isnt sold specifically as a preservative oil but it claims to improve the corrosion control qualities of any oil, thus we were interested in how it compared to storage oils. As a curiosity, we also tested two other anti-corrosion compounds, CorrosionX and ACF50. Neither is touted specifically as an engine storage product, but we wanted to see how they performed against the storage oils. CorrosionX or ACF50 would definitely be suitable for exterior parts of any engine or airframe placed into long-term storage.

Our test method was simple: We obtained a couple of scrap cams, cylinders and some lifter bodies and polished up their shiny surfaces. We then heated these to 200 degrees in an oven and applied each of the materials-also heated to 200 degrees-by dipping where possible or with a clean flux brush. After these parts were allowed to drip dry, we exposed them to periodic salt mist from a hand sprayer.

While this is a far harsher corrosive environment than any stored engine should ever see, we think its a good way to fairly assess what kind of protection these products provide. We actually performed these tests a year ago when we reported on engine oil anti-corrosion performance (see Aviation Consumer, February 2005) but we didnt report the results because of space limitations. For this article, weve repeated the trials, adding a couple of products not tried in the last round.

Purpose Made
With the exception of CamGuard additive, all of the products trialed are purpose made for engine corrosion protection. The premium product is the engine preservation kit from Tanis Aircraft Services. It sells for $180 in a four-cylinder version and $245 for the six-cylinder kit. Each kit has crankcase and cylinder preservation oils-distinct products-dehydrator plugs for the cylinders, desiccant bags for engine openings and a roll of tape to seal things up.

An instruction sheet gives a step-by-step checklist for pickling an engine. The main preservative is a MIL-C-6529C oil additive meant to be mixed with standard aircraft mineral oil in a three-to-one ratio. The cylinder preservative, which is sprayed through the spark plug hole, is a petroleum-based product called Nox-Rust thats specifically intended for corrosion control in enclosed spaces. Although the engine can be operated briefly with the MIL-C-6529C additive, the Tanis kit does not presume flyable storage but long-term pickling. To use the airplane, you need to unpickle it, reinstall the plugs and add fresh engine oil.

Shells Fluid 2F does allow flyable storage, to a point. This product has been around for years, having been developed originally for radial engines.It consists of single-weight (100) Shell mineral oil with an anti-corrosion package but no dispersants for handling ash and lead. How flyable the engine is with 2F varies by source. Shell says up to 50 hours for the life of the engine to TBO, Continental service bulletins say 25 hours and Lycoming makes no specific recommendation that we could find. Shell 2F is sold only through Shells Web site and costs $22.50 per five litre jug.

As its name implies, Poly-Fibers Engine Storage Oil-marketed through Aircraft Spruce and Specialty-is also a storage-only oil not intended for flyaway use. At $47.60 per gallon, its twice as expensive as Shell 2F. At $25 per pint, CamGuard additive is the most expensive product in this group on a volume-to-volume basis, but since a pint treats 2.5 gallons of oil, its cost effective and is the only product to offer exceptional corrosion protection without any limits on flyable status. We also tried two other products from Aircraft Spruce, a desiccant exhaust pipe plug-$28.80-and dehydrator plugs for the cylinders-$3.75. Both of these products contain silica gel desiccant that absorbs moisture, turning from blue to pink in color to signify the absorption. Baking the stuff in a household oven restores it for reuse.

Test Results
All of the products performed about as we expected them to. On bare, untreated metal, the salt solution raised visible corrosion overnight.Surfaces protected with any of the specialized pickling products resisted corrosion much more effectively, up to several days. Given the harshness of this test, we dont think it makes much difference if one product protected against rust a day or two longer than another. All of them clearly provide more protection than off-the-shelf aviation engine oil and are thus worth considering.

Once again, oil treated with CamGuard additive-this time we added it to Phillips XC-performed well, almost on a par with the pickling products. It has the advantage of allowing regular flight activity, which none of the other products do.

The hands down best performers were again CorrosionX and ACF50. Despite repeated dousings with salt solution, these products didnt allow a speck of rust on our test cam. Although neither product is suitable for crankcase rust protection, they can be sprayed inside the cylinders of a stored engine, providing exceptional protection.

Conclusion
In our view, the hard question is not so much which of these products to use for engine corrosion protection but when and how to take extraordinary steps to hold rust at a bay in an engine not flown much. Heres the problem: If you do this right, the engine will be in limited flyable storage or non-flyable storage for some portion of the year. Realistically, if you dont fly from, say, November to March and youre sure you wont be struck by a burning need to commit lift on a warm day in January, pickle the engine and go skiing.

The Tanis kit has all the stuff necessary to seal an engine against rust about as well it can be sealed, although the price is on the high side. You can buy similar products piecemeal from Aircraft Spruce and save a few bucks but for the money, the Tanis kit is convenient. We would tilt toward CorrosionX misted into the cylinders rather than the Nox-Rust that comes in the kit. Further, we preferred the Tanis dehydrator plugs over those sold by Spruce because theyre easier to disassemble to bake and dry the desiccant material.

Flyable storage with Shell 2F is an option, but were not sure an hour of two of flying during the winter is worth the hassle of the oil switchover.For an airplane flown 40 hours or year, as many are, we would be inclined toward permanent storage for the down months, a conservative strategy that will protect the engine in exchange for a few hours of lost flight opportunity.

The middle ground-and its admittedly vast-is the 60 hour-a-year owner who needs the airplane for three hours each December through March. CamGuard is the clear winner here, since its performance is nearly as good as the dedicated storage oils, its cheaper and allows normal operation.

Thus far, weve been impressed with CamGuard and were using it in our own airplane. As we go to press this month, CamGuard is on the verge of obtaining FAA approval. Frankly, that doesnt impress us much but some buyers want the FAA imprimatur. Approved or not, we think its a good product.

If you choose to take your chances with a conventional engine oil, pick one with a good anti-rust additive package. Our top choices remain Exxons Elite and Aeroshell 15W50, both multi-weights. In straight-weight oils, Aeroshells Oil W100 Plus has the most sophisticated and effective additive package, in our view. Whatever the oil, fly as often as possible and change it more frequently during the inactive months.

Also With This Article
“Checklist”
“Corrosion and Engine Pre-Heat”