The backup rechargeable batteries used in current-gen EFIS models have gotten better over the years. But they still require routine inspections, might have mandatory replacement intervals and are intolerant of extreme storage conditions. Don’t underestimate the costs associated with replacing them, either.

Fortunately there are some things you and your mechanics can do to ensure they offer the juice required to keep electronic instruments powered when you need them the most.

For this tech report, we looked at the battery upkeep procedures for the most popular electronic flight displays. It’s an easy task, mostly, but often a forgotten one.

The one and only purpose of backup power for primary and EFIS is to provide seamless transition when the instrument’s input bus voltage drops below a predetermined value. If you don’t know what that voltage value is for your 14- or 28-volt system, we suggest you find out so you’ll be better prepared during an electrical failure. Depending on the model, you might be surprised that the typical modern EFIS can still function with minimal voltage. But when it goes dark, you need enough time to get back on the ground, so the backup battery needs at least 30 minutes of endurance and most if not all avionics batteries will do that—when they’re healthy, which isn’t always the case.

Manufacturers push the chemistry envelope to get more capacity from li-ion battery tech—no matter its purpose. That drive hasn’t gone unnoticed by the FAA, especially after thermal runaway issues with the main-ship lithium battery used on the Boeing Dreamliner. This, in part, has tightened the required specifications for newer small-battery tech, which fall under RTCA DO-311a—the minimum operating performance standards for rechargeable lithium batteries. This means more testing and certification rigors for even the smallest batteries used in avionics.

We talked with Garmin’s Bill Stone about the lithium-ion batteries used in the popular G5 and GI 275 retrofit flight instruments. Stone said the timing of the push for tighter standards meant that Garmin had to do the stringent compliance testing required by DO-311a. Batteries for older avionics might not have been tested to current standards, which makes a good argument for regular focused inspections, although the instrument’s instruction for continued airworthiness (ICA) governs the upkeep on batteries, whether for inspection/testing or replacement.

“By complying with the DO-311a standards, Garmin is able to offer later and better battery chemistry tech compared to others using older batteries grandfathered under older regulation,” he told us. That means greater capacity and longer life.

The other thing to consider is the built-in intelligent battery management—separate from chemistry and cell technology. The batteries used in typical avionics are sensitive to temperature (an 80 percent charge at 30 degrees C is quite different than it is at 0 degrees C, as an example), so the battery management system has sophisticated monitoring, protecting against over/undercharging.

When deciding on a new retrofit suite, consider what is required for backup batteries based on the STC, the backup instruments and your comfort factor. There are more combinations and requirements than we can list. Garmin’s GI 275 electronic flight instrument with ADAHRS comes standard with a rechargeable lithium-ion phosphate battery, but the battery isn’t standard on the base model. The G5 instrument comes standard with a battery, as does Aspen’s line of Evolution flight displays. 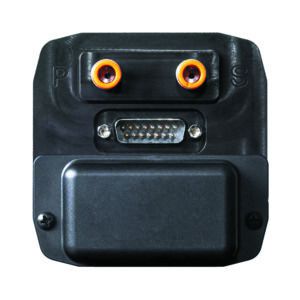 There isn’t a lot the operator needs to do under normal operations. But don’t mistreat them—that means proper storage and not allowing them to remain in a state of discharge.

“Lithium-ion batteries, and Aspen’s backup battery in particular, should be kept charged. If they are discharged and allowed to sit for weeks at a time, the charge capacity is reduced permanently,” Aspen’s field service engineer, Michael Studley, told us. Aspen’s Evolution inflight battery logic allows the display to automatically switch to battery power if the power input drops below the normal alternator voltage level. On the ground, the display counts down and shuts off when power is removed.

Your best source for determining what checks need to be accomplished on backup batteries is the instructions for continued airworthiness for the instrument. You might also find battery information in the flight manual supplement. The check is pretty simple and worth the effort to avoid surprises when it doesn’t work when you need it the most.

For Garmin’s G5, the four-hour lithium-ion backup battery’s capacity check is straightforward. Without power applied to the aircraft, turn the G5 on and note the remaining battery capacity at the top left corner of the display. After one minute, the remaining capacity will change from percentage to time (hour, minute). If the remaining capacity is less than one hour, the instructions say to allow the battery to charge until the capacity shows greater than 95 percent. If the capacity is still less than one hour after charging, it’s time for a new battery.

When sending the G5 to Garmin for repair, it will evaluate the health of the battery and replace it (if required) under its flat-rate repair pricing. You can also purchase a battery, typically priced at around $225.

For battery-equipped Garmin GI 275 instruments, the ICA requires a check every 12 calendar months (or after replacing the battery) to analyze the voltage and discharge qualities of the backup battery. The battery rundown check could take up to 150 minutes, and is accessed on a dedicated Backup Battery Test page. You’ll enter the test date and complete an onscreen checklist, and then the unit will run the test. If the aircraft is in for an annual inspection, have your shop add the procedure to the inspection checklist so it doesn’t get forgotten.

Aspen Avionics recently increased the useful life of its batteries to four years or 2200 hours (mandatory replacement), whichever occurs first, or if the battery fails the visual or ops test. The visual inspection and testing is required every 12 months, and every six months after three years (from the date of installation), to ensure it meets the minimum 30-minute requirement for powering the EFD1000. During the inspection, you’re looking for things like corrosion, leakage from the battery around the seams and water contamination.

The testing is easy. Turn the unit on, press the Menu key, select the Power Settings menu page and press the Battery line select key. The system measures the capacity, which must be a minimum of 80 percent, otherwise the battery will have to be charged. (The battery should always be charged as long at there is input voltage to the display.) With the battery displaying greater than 80 percent charge, set a timer for one hour. After the one-hour time has elapsed, the display must still be operating on the battery. If the battery can’t supply the minimum one-hour operating time or fails to charge above 80 percent, it will likely need to be replaced.

Even big-screen glass like Dynon’s SkyView HDX Certified suite has backup batteries for each display. The STC requires a 12-month mandatory test procedure to ensure the batteries meet the 45-minute backup period. The HDX has a dedicated battery test that automatically generates a pass or fail result. Dynon’s maintenance manual advises that the test discharges the battery, and requires four hours of flying or four hours of ground power input greater than 12.25 volts to charge it back up.

The battery in the uAvionix AV-30 instrument is tested yearly by setting the display to max brightness, pulling the unit’s circuit breaker and aborting the shutdown sequence and letting the unit run for two hours. If it doesn’t last two hours, it’s time for a new battery.

That Battery Costs How Much? 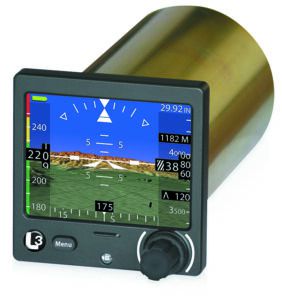 Three years ago, I decided to upgrade my Mooney Ovation’s perfectly good round gauge panel (mostly original) with glass. Additionally, the original engine instruments (Moritz) were removed along with the vacuum system, both the engine-driven vacuum pump and the back-up electric-driven vacuum pump. At that time, I already had Garmin’s GTN navigators. The glass display that I decided on was the Garmin G500 TXi along with Garmin’s EIS (engine indication system) that replaced the original engine instruments.

Per the STC, the TXi suite required a backup, and at the time the Garmin G5 was not available as a backup flight instrument so I decided to get the L3/Harris ESI-500 electronic standby instrument. It is fundamentally a mini-PFD and it was also configured (with the proper wiring and software) as a navigation display. The ESI-500 was connected to NAV 2 /GPS 2 and it provided VOR and GPS navigation including VOR/ILS and RNAV (GPS) approaches. I’m extremely happy with the L3/Harris ESI. It has a crisp, easy to read display.

However, the backup battery, which is required for flying under IFR, reached a point that it was no longer holding the charge. It needed to be replaced. Batteries are, of course, mini chemical reactors and do naturally decline in capability over time—whether they are used or simply sit idle. Nothing new. My surprise was the replacement cost: $1500.  I would have never, in my wildest imagination, thought it would cost so much; that’s approximately one-quarter of the cost of the ESI-500 instrument itself. Additionally, given current supply chain issues at L3/Harris, the battery would take four weeks to arrive and that means the airplane would not be airworthy under IFR.

If we consider the cost of battery replacement as an ongoing operating cost, in my case it would translate to a $500 per year expense. I also found out that the average lifespan of such a battery is five years, implying a $300 per year cost. Still high.

When considering any backup instrument for a glass panel (especially aging ones that are on the used market) that requires a battery to meet airworthiness standards under IFR, the cost of the battery replacement is a concern. Typically, it is not a consideration in the choice of the instrument, but a big surprise when it’s time to replace the battery several years later. Then hold on to your wallet.

As you can see, testing these batteries isn’t difficult, but remembering to do so might be. Don’t rely on your mechanic to test it, and don’t let the instrument deplete the battery without charging it back up before flying.

Last, understand how your system works on backup power in the air and on the ground, while recognizing that temperature (hot and cold) will have a direct effect on its performance. Thankfully, modern battery tech makes backup power more reliable than ever, but still requires testing and potential replacement.