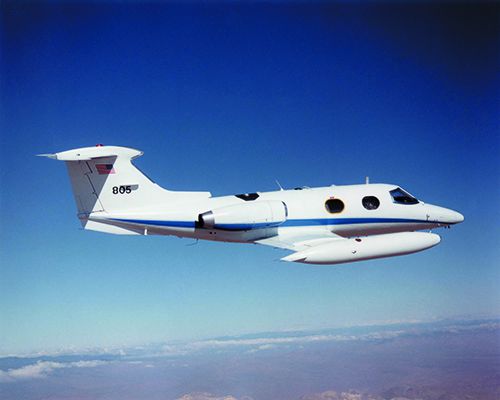 We’re not crazy about the fact that something we predicted in these pages over the last two years has come to pass. The reality—significantly higher insurance rates—is hitting pilots right in the wallet. The new, “hard” insurance market is especially challenging for those owners who bought an older jet for a bargain-basement price and thought they got a great deal.

We watched—and enjoyed—the soft aviation insurance market for more than 10 years. There were so many companies offering aviation insurance that none of them was making money and several were dealing with red ink year after year as they cut prices to compete for business. We didn’t think the situation was sustainable and predicted back in 2018 that premiums would increase significantly.

After talks with insurance brokers and jet owners, we came to the conclusion that the hard market is here and those most affected are the owner-flown jet crowd.

We’ll start with training because beyond the FAA requirement for a type rating to fly a jet, all training is driven by insurance requirements. Those requirements have gotten much stiffer.

In our interviews with insurance brokers, we presented a situation of a pilot who buys an older Citation, Learjet or Falcon where the engines are probably worth more than the airframe. The owner got a good price on the jet and plans to run it until the engines are worn out and then junk it. If the jet is certificated for single-pilot operation, the owner wants to fly it single-pilot. He or she is looking for insurance coverage.

Until this year, unless the owner had a history of wrecking airplanes, he or she was almost certain to be able to get coverage and companies would compete to present the most attractive price, coverage limits and training required package. The premium would depend on the pilot’s experience and age—even in the soft market jet pilots who had hit 70 faced some challenges in obtaining coverage. The insurance companies were also offering fairly high liability limits for owner-flown jets—often over $10 million.

Those are now the good old days. We heard from multiple sources that insurance companies don’t like old jets and that now the new hard market has allowed them to act on their preferences. Insurers are increasingly refusing to cover owner-flown, older jets or do so only for much higher premiums and under more strict training conditions, with lower coverage limits. Mike Pratt of Fifth/Third Insurance told us that he is seeing rate increases for owner-flown jets of 5 to 30 percent in the last year. He also said that every-other-year training is a thing of the past. If the owner has a King Air and a Citation, that owner is going to have to take recurrent training for each, every year.

Pratt also said that unless the pilot has considerable experience in type, the insurer is going to require that recurrent training be simulator based, not in the airplane—running up the cost. Insurers are also requiring that all initial type rating training be simulator based, not in-airplane. That means going to the heavy hitters in the training world such as FlightSafety and SimCom. Plan on at least $30,000 for a type rating. We could not get hard numbers for recurrent training as the operators offer a large number of contract arrangements based on a number of variables. Nevertheless, we think that a jet owner should plan on at least $10,000 annually for recurrent training.

Ed Underwood of AVsurance confirmed what we’d been hearing about a hardening aviation insurance market. He said that in the situation where pilots have purchased older jets with a value dependent on the value of the engines that the insurer may require such things as deductibles for FOD coverage or on the hull itself, something unheard of in the soft market. Previously, the insurer would pay for hull damage or repairs due to FOD from the first dollar. Now the owner will have to have some skin in the game. In addition, should the jet have to have engine work performed and the shop installs a loaner engine, the chances are that the insurer is going to raise the premium because the engine may be more valuable than the entire airplane.

Underwood also told us that it is becoming increasingly difficult to get coverage for single-pilot operators unless the pilot has significant experience. Insurers are leery of “Silicon Valley” types with 500 hours buying a jet and seeking insurance. Assuming the pilot can pass the type rating ride, he or she can count on the insurer requiring that a mentor pilot ride along for some time.

Bottom line: Buying a cheap jet may be one of the most expensive things you do when it comes time to buy insurance and arrange for training.