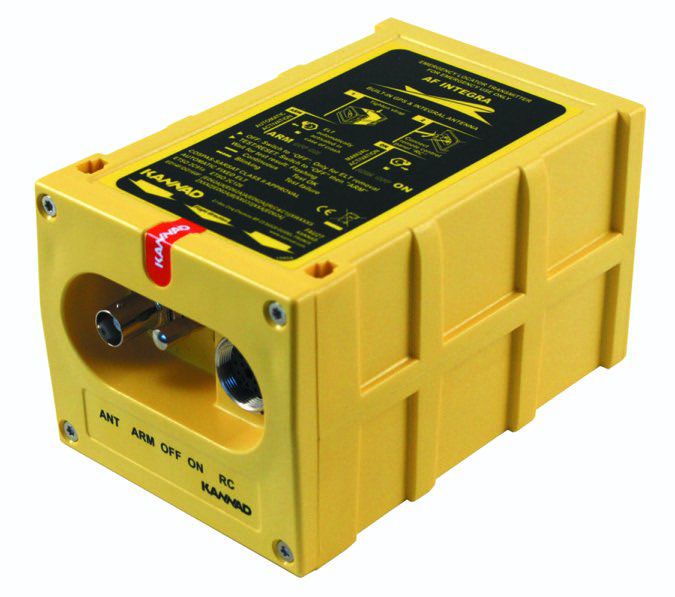 If you own one of the roughly 14,500 Ameri-King ELTs hit by an FAA AD (AD 2017-16-01) because the now-defunct company falsified that the system was FAA approved, ELT manufacturer McMurdo now has a relatively easy replacement option with its Kannad Ameri-Fit system.

The Ameri-Fit is based on the company’s Integra AF 406 MHz ELT, but has a universal mounting bracket, the RC103 remote control panel and an adapter cable and coupler that are specifically designed for installations that already have an Ameri-King ELT.

The GPS-equipped Integra ELT is a follow-on product to the Kannad Compact, a beacon that’s a standout for its small footprint, but it doesn’t have built-in GPS. In addition to its GPS, the Ameri-Fit has internal backup 406 MHz ELT and GPS antennas. In the retrofit, most FAA-approved external ELT antennas can likely be used. The Kannad Ameri-Fit is an AF type, or fixed beacon.

The Ameri-King AK-451 (which was a replacement beacon for the 121.5 MHz AK-450) was originally marketed as both an AF (automatic fixed) and AP (automatic portable) beacon since it can be removed from a Velcro strap and connected with a portable antenna.

The beacon is also equipped with a 121.5 MHz homing transmitter. When activated, the ELT transmits continuously over the 406 MHz frequency for over 24 hours and for 48 hours on the 121.5 MHz frequency. The Kannad has a six-year battery that currently costs around $500 to replace.

In comparison, Ameri-King advertised that the AK-451—which had a five-year battery—could transmit for 78 hours and we once sourced a replacement battery for under $200.

The Kannad Ameri-Fit should be an easy retrofit for the AK-451 (and other ELTs) because the universal mounting bracket can accommodate a variety of mounting hole patterns. When it’s installed in the bracket, the footprint measures 6.89 by 3.90 by 3.40 inches and total system weight including the battery is just shy of two pounds.

Since 406 MHz ELT systems require the installation of a panel-mounted remote control switch, the Kannad Ameri-Fit comes standard with the model RC103 remote controller. This switch was originally designed for ACK and Ameri-King retrofits. The beacon is supplied with an adapter cable and an RJ11 coupler for connecting the RC103 remote control with the beacon.

The company offers an optional external buzzer that can be installed on the outside of the aircraft to give an audible indication that the system is activated.

The Ameri-Fit installation kit for existing Ameri-King ELT systems has a street price of around $189, and the beacon is street priced at around $850. It can be sourced from a variety of online aircraft parts suppliers, including Aircraft Spruce (www.aircraftspruce.com) and most avionics shops.

The FAA’s AD against the Ameri-King AK-450/451 ELT systems was effective Oct. 24, 2017 and was prompted by multiple reports of ELT failure, in addition to Ameri-King’s noncompliance with quality standards and manufacturing processes. Additionally, the FAA issued an emergency cease-and-desist order to Ameri-King (and terminated its TSOA and PMA certifications) when it determined the company misrepresented a variety of its products as being FAA approved.

You don’t have to remove an existing Ameri-King ELT to maintain an airworthy status. That’s optional. The AD says the beacon has to be inspected yearly to verify compliant operation. This could cost roughly $200. With Ameri-King out of business, most repairs will be unlikely. Ameri-King ELTs are installed as OEM equipment on most GA aircraft and many have been field retrofitted.