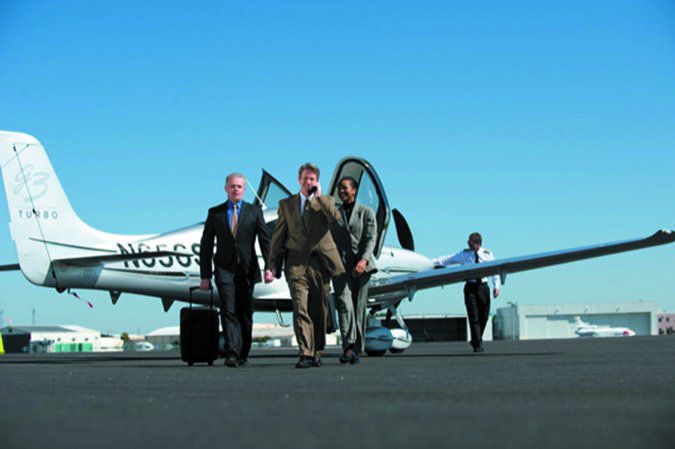 One of the questions we get from readers is whether they can cut their aircraft ownership costs by entering into a lease agreement with their local Part 135 operator. They’d like their airplanes to generate income by being flown on charters by the operator’s pilots while the owners sit comfortably at home in front of the TV. Our response: It sounds good if you say it fast, but the downside can be terribly expensive for the owner. Anyone considering leasing her or his airplane to a Part 135 operator should go in with eyes wide open and a full understanding of the procedures and costs involved in putting an airplane onto a 135 operating certificate and keeping it there.

Often the person we’re talking to will come back with, “But I’m going to get 80 (or 85) percent of the revenue from each flight, that’s a great deal, isn’t it?” Our research indicates that the going rate for payment by Part 135 operators to lease airplanes is in the 80 to 85 percent of revenue range. However, unless the airplane is flying charters regularly—as in at least a couple of times a week—and the owner is willing to put up with the wear and tear on his or her pride and joy—as well as potential lack of access to it—even 85 percent of charter revenues can be a money-losing proposition. After all, the owner is also responsible for all of the cost of maintenance and fuel and, usually, training for the pilots who fly the airplane.

We’ll tell you our conclusion as to whether it’s a good idea economically to lease your airplane to a Part 135 operator and then go through what’s involved with putting an airplane onto a Part 135 certificate.

We think it is almost never worthwhile to lease a personal airplane to a Part 135 operator due to the cost of complying with the maintenance requirements to qualify it for Part 135 ops—especially with older airplanes for which manufacturers have created continuing airworthiness requirements after they were built—and keeping it in mechanical compliance once on the certificate.

Let’s say that you own an airplane (usually a high-performance single, piston twin or turboprop) that a local charter operator thinks could make money for both of you if you were to lease it to the operator. Having the airplane that you picked out so carefully and love to fly, but costs a little more to run that you’d hoped, bring in some money each month sounds pretty good. So, what’s involved in going forward?

The first part of the process is to negotiate a lease with the Part 135 operator while spending quality time with an aviation attorney, your accountant (there are tax consequences) and your insurance broker to make sure you are protected. Since you’ll be paying for maintenance and fuel, you should get a reduced shop rate and fuel price from the operator and a good-faith estimate of what it is going to cost to do the upgrades to the airplane needed to meet Part 135 maintenance requirements initially.

If you decide to go forward, the operator begins the process of adding the airplane to its certificate—which you can figure on taking at least a few months. The operator informs the FAA that it wants to add an aircraft to its certificate via a format specified by the FAA that gives the local office a heads-up as to what’s happening. In doing so, the operator also sets out a timeline for when it anticipates completing the various steps along the way and when it thinks the airplane will be ready for the FAA to examine it for conformity. The operator then sets out to inspect your airplane and take any and all action required to bring it into compliance with its manuals and Part 135.

Here is where selection of the right charter operator can make the difference between actually making some money and writing big checks to the operator each month. If the operator already has an aircraft of the same type on its certificate the process of adding yours is much easier than if yours will be a new type. That’s because each operator is required to have documents known as Operations Specifications (OpSpecs) and a General Operating Manual (GOM) that set out all of the procedures that the operator is to follow in conducting its charter operations.

The amendments are submitted to the local FAA office having oversight over the operator and must be approved. Depending on the sophistication of the operator and the workload and subtle factors involving willingness of the persons at that office to work with the operator, getting an amendment to the OpSpecs and GOM can take a few weeks or several months.

Usually, the operator will be required to maintain the airplane in compliance with the manufacturer’s maintenance instructions as set out in the Service Manual, Service Bulletins, Airworthiness Directives and Instructions for Continued Airworthiness. That includes all manufacturers—airframe, engine, components and STCs. Some operators with extensive experience in specific types of airplanes have their own maintenance procedures that have been approved by the FAA—which may be a little less onerous if they can be applied to your airplane.

The bottom line is that your airplane will become subject to the far more rigorous maintenance requirements of Part 135 of the FARs rather than those of Part 91. When you were operating under Part 91 and the manufacturer published recommendations or guidelines for maintenance as well as Service Bulletins, Instructions for Continued Airworthiness and maintenance procedures for aging aircraft, they weren’t mandatory for your operations. Under Part 135, all of those recommendations become rules—hard and fast ones.

That means that your new partner in aviation is going to pull your airplane into the shop and peer closely at its maintenance records. If a manufacturer issued a Service Bulletin applicable to your machine, and the logs don’t show that it was performed, the operator is required to take the action called for in the SB.

You’re going to be writing big checks for maintenance before the airplane goes online.

Scott Utz, proprietor of Arapahoe Aero at Denver’s Centennial Airport, talked with us about what’s involved in initially putting an airplane onto a Part 135 certificate. He pointed out that the manufacturer(s) set out maximum times—hours of operation or calendar—between overhaul for components of your airplane. Every one is now mandatory. If it’s been more than six years since your prop was overhauled, no matter how much time is on it, it has to come off and be overhauled—inspect and repair as needed (IRAN) doesn’t cut it. That applies to the engine, all hoses (figure on $2,000 to replace all of them), the engine controls, prop governor, aux fuel pump, vacuum pump(s), manifold valve if you have more than one vacuum pump and fuel indicating system, to name a few.

If the airplane has any STCs those must be researched to ensure any maintenance guidelines or instructions for continued airworthiness have been complied with—something that can be time consuming on older airplanes.

We spoke with Derek DeRuiter, owner of Northwoods Aviation in Cadillac, Michigan. He uses a number of single-engine Cessnas in his Part 135 operation. He recently added a 182 to his certificate and told us it took several months to do all that was required. He described the 182 as “nice” and said that his shop spent 90 hours on labor to get the airplane into compliance with Part 135 maintenance requirements and 15 hours on paperwork. He is in the process of adding a Cessna 185 on amphibious floats to his operation, and is amending the OpSpecs and GOM for water operations. Thus far in the process of complying with Part 135 maintenance requirements he has had to have overhauled or replace everything forward of the firewall—which has cost $53,000, not including his shop’s labor.

Once the operator has completed the needed work on your airplane and associated paperwork, the FAA will send a team in to do a conformity inspection. That takes a day or two as the personnel go over the paperwork and spot check the condition of the airplane. If all has been done correctly, the FAA will approve the operator’s actions and, assuming pilot training has been completed, the airplane is ready to start flying the line.

Once in service, the maintenance requirements of Part 135 mean that if the airplane is flying enough to hit component TBOs via flying hours before calendar hours, it may be generating enough income so that you get a check most months. It also may mean it’s not going to be available to fly when you want it and it’s getting beat up enough that you’re going to need to spring for paint and interior work so that it remains attractive enough for charter work.

If the airplane is hitting calendar TBO times before flight hour TBO times, the chances are that it’s not generating enough income to offset your increased costs of maintenance of Part 135.

If you have the opportunity to lease your personal airplane to a Part 135 operator in hopes of reducing your cost of ownership, proceed with extreme caution. We haven’t seen much evidence indicating that it will provide the result you desire. 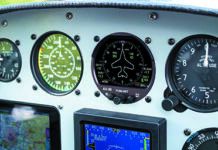 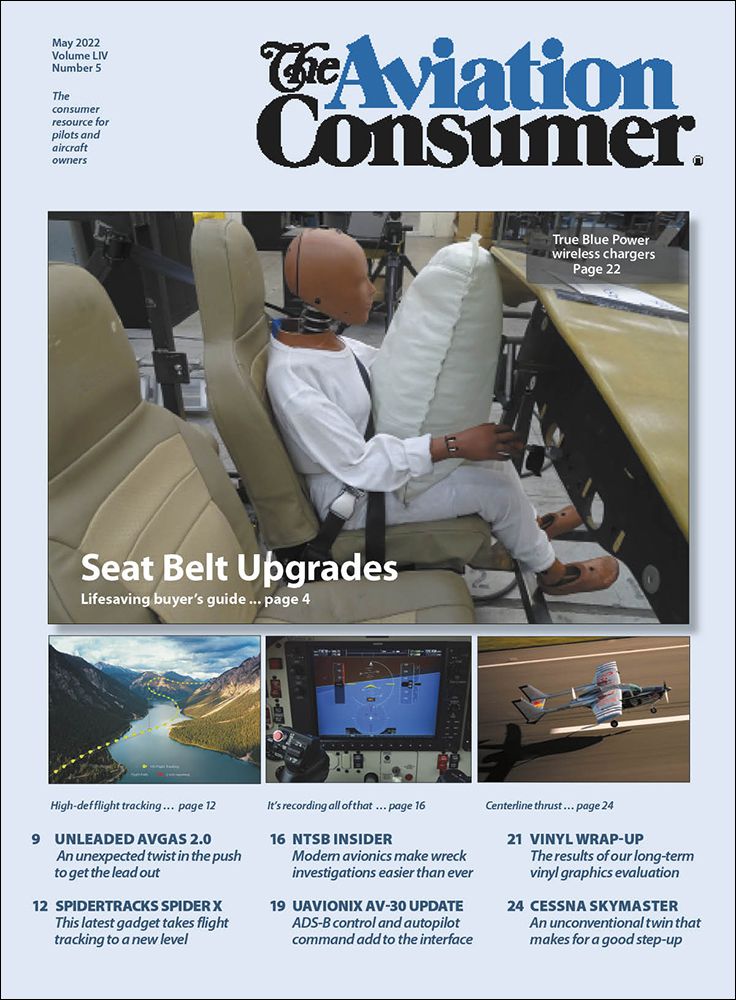 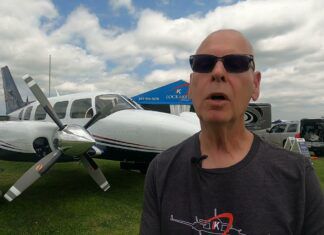