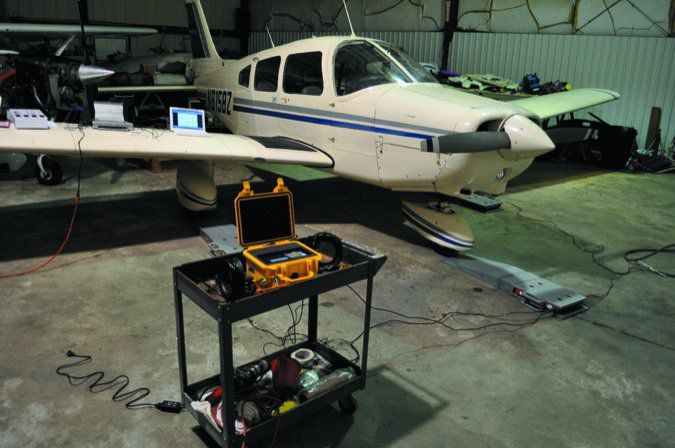 Part of the sales pitch for investing in a modern all-glass upgrade like the Dynon SkyView or Garmin G3X Touch system is the ultimate weight savings that tags along with the project. Sure, yanking out the vacuum system and the round-gauge gyros in favor of electronic instruments generally will yield a sizable weight savings. But just because the new weight and balance report shows more useful load doesn’t necessarily mean the numbers are accurate. In fact, that new report can be grossly inaccurate.

Unless the aircraft has never been modified (which is highly unlikely for older models), there is a good chance there are at least some discrepancies in its weight and balance data. A common phrase written in aircraft maintenance logbooks after the job is done is “negligible change to weight and balance.” That may be a true statement from a regulatory standpoint because in general, if the item installed or removed was under one pound many installers won’t generate a new weight and balance report.

The problem with that is a bunch of so-called negligible weight and balance changes end up being a significant change to the report over time. We’ve also found that some reports have mathematical errors, which carry on over the years.

The other thing that many installers don’t account for is the weight of old wiring and install hardware. Fill a rubbish barrel with removed wiring bundles from a typical aging piston single or twin and you’ll find that the barrel weighs several pounds more than it did before the job started.

Many techs that we talked with have discovered equipment that was installed and removed from some aircraft without being documented at all. “I worked a Piper Dakota that once had a new stack of radios installed but the shop never updated the weight and balance at all,” one tech told us. He had just installed a big-screen PFD and two Garmin navigators. He’s correct in pointing out that calculating a new report for his latest work would be pointless. After all, you need to start a revision with accurate basic empty weight and reference datum figures. In this case and many others like it, the only way to do that is to have the aircraft weighed.

While a competent mechanic can handle the task of weighing an aircraft, many shops can’t justify the purchase and calibration costs of the scales. The shops we spoke with admitted that it’s easier for them to subcontract the work, or send the owner to have it accomplished.

While aircraft weighing is speciality work, the process is easier than you might think if you find the right shop. That includes using a weighing service that has certified and calibrated scales that are designed specifically for weighing aircraft. Larry Jackson of Jackson Aircraft Weighing Systems in Florida (a leading provider of aircraft scales) pointed out that non-aviation scales like those used in the racing world, as one example, aren’t made to the specs of aircraft scales, especially when it comes to calibration points.

Modern scales generally consist of multiple platforms with wireless transmitters and can include a combination of sensors, including jack stand load cells and platform scales.

On average, expect to pay around $250-$300 for a single-engine piston, $350-$400 for a piston twin and close to $1000 or more to weigh a turboprop or small jet. The process generally takes a couple of hours, including the final paperwork.