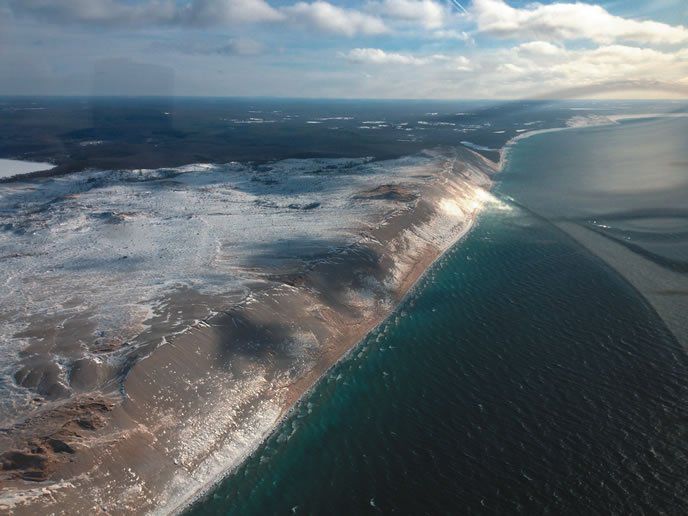 The day of the rental I’d scheduled through OpenAirplane with Orchard Beach Aviation in Manistee, Michigan, was bitterly cold and deliriously clear. I’d reviewed the local briefing for Orchard Beach Aviation, nevertheless, on arriving at the airport it took me a few minutes to figure out the FBO was in the terminal building.

Once inside, after approaching the counter and indicating that I was there for an OpenAirplane rental, Rob Ericson handed me the airplane clipboard and pointed out the hangar where the airplane was parked, engine heater plugged in. There was no issue of me being some guy from out of town; I’d completed OpenAirplane’s standardized Uniform Pilot Checkout—as the clich says, I was good to go. The 1970s vintage 172 was in very good shape, with an only slightly dated IFR panel. The $100 per hour rental price was lower than I was used to paying for an airplane of this capability.

I originally intended only a short flight but once aloft, the heater handled the single-digit temperatures easily and the day turned out to be so beautiful that I made a fairly long one along the Lake Michigan shoreline. I couldn’t get enough of the view, including Sleeping Bear Dunes National Lakeshore (Upper Photo) and the dramatic, ice-jammed harbor at Manistee (Lower Photo).

For $140 I had a hassle-free rental over stunning scenery from an airport I’d never visited before.