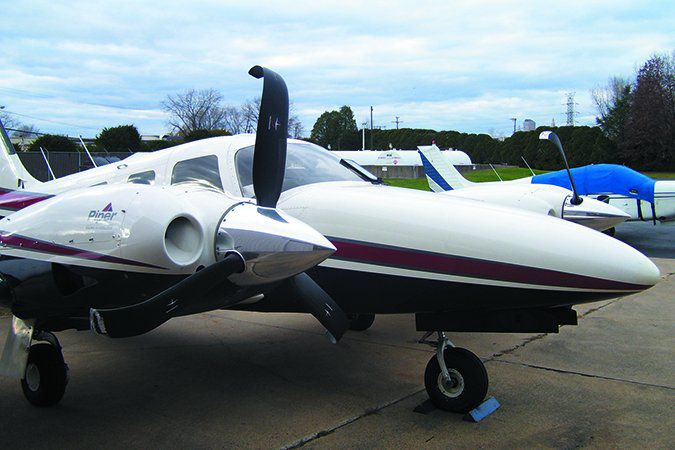 At some point, you could be faced with having to fly an aircraft that’s technically unairworthy. To legally do that, there are several steps you must take before even thinking about climbing in and launching. This includes getting an FAA-issued special flight permit.

For many folks, the process may seem complicated and intimidating, but the FAA has reasonable rules in place that can make it straightforward. Here’s how it works.

This is the official FAA terminology for what the industry generally calls ferry permits. The guidance is found in FAR 21.197, subchapter C, which deals with certification procedures. In part, the regulation says that a special flight permit may be issued for an aircraft that may not, currently, meet applicable airworthiness requirements, but (and this is important) is capable of safe flight.

That means the FAA (generally the FSDO governing the location where the aircraft is based) will make the final call as to whether the aircraft is indeed safe to fly. A DAR (designated airworthiness representative) can also approve a ferry permit, which is valid for one single flight—with fuel stops—for a variety of purposes.

The most common reason for soliciting a ferry permit is to relocate an aircraft that has an expired annual inspection, but there are other reasons, which I’ll get to in a minute. Remember that operating an aircraft that’s out of annual is in violation of its U.S. standard-category type certificate, which says it must be maintained per the FARs (which require the annual) and it must be in a condition for safe operation. Worth noting is that the FAA, in general, doesn’t specifically define airworthiness, other than requiring that the aircraft conforms to its type certificate and approved modifications.

However, the FAA does say in FAR 91.7 that you can’t fly an unairworthy aircraft. That’s where the special flight permit comes in, which requires the involvement of either an A&P mechanic, an IA or an FAA repair station. You’ll need them to provide an aircraft logbook endorsement that says the aircraft is safe (not airworthy—otherwise you wouldn’t need the permit) for a one-time flight. In reality, getting the endorsement can be more difficult than dealing with the FAA. It helps to be realistic about flying an unairworthy aircraft.

Unforgettable is the owner of a Cessna 210 who challenged the shop doing the annual inspection (which was expired when it arrived) when it wouldn’t sign off on a sizable crack in the turbocharger. Convinced that he was going to fly his airplane home, rather than deal with the repair, he brought in several mechanics until he found one who would sign off an endorsement for the ferry permit application. I suggest not playing that game.

The other suggestion I might make is to avoid bringing the FAA in to inspect the airplane. While an FAA airworthiness inspector can do an inspection and make the endorsement to support the permit, an inspector who wished not to be named said you really don’t want to go down that road. I get it.

The aircraft owner is the one who applies for the permit, using FAA form 8130-6, which is actually an application for a U.S. airworthiness certificate. A mechanic can be the one to solicit the ferry permit on the owner’s behalf if the owner supplies a signed letter of authorization.

This PDF application is downloadable from the FAA’s website and you don’t have to fill out all of the sections—only I, IV and VII. Section VII is for listing the special flight purposes. This section is specific for the one-time flight that you’re applying for and requires a description of the flight. You’ll state a departure and destination, any anticipated fuel stops, the departure date (the permit is generally valid for 10 days), plus the duration of the flight. You’ll state the specific reason why the aircraft is unairworthy.

As for the timing, you’ll need to keep your eye on weather windows because ferry permits, unless negotiated otherwise, must be made during daytime VFR conditions.

Keep in mind that maintenance ferry flights are usually short in duration—which is a pretty good idea if there’s a known discrepancy, even if a mechanic believes the aircraft is safe to fly. Remember, his or her inspection isn’t going to be to the level of an annual, but instead to determine if it’s safe for one short flight. Also understand that ferry flights are limited to essential crewmembers. The FSDO probably isn’t going to sign off on you carrying your kids, wife and mother-in-law on the flight.

You might help convince the FSDO by stating (in section E) any restrictions that are in place for safe operation. For instance, if the aircraft had a landing gear incident and the purpose of the ferry flight is to bring it to a shop for repair, you might state that the flight will be made with the landing gear in the down position.

Once you have the 8130-6 and the safe-to-fly endorsement, bring it, email it or fax it to the FSDO. My experience is that FSDOs generally jump on the approval process pretty quickly. If you don’t hear anything after a day or so, follow up. The approval paperwork I’ve seen was in the form of FAA 8130-7—a special airworthiness certificate—but you might get a letter approving the ferry flight stating its operating limitations. Regardless, it will be used in lieu of the standard airworthiness certificate and it must be in the aircraft during the flight.

Remember, the permit can’t be used for multiple flights. If you get the aircraft to a shop and decide to bring it elsewhere, you’ll have to go through the entire process again.

FAR 21.197 lists other reasons for special flight permits, including evacuating the aircraft from areas of impending danger (hurricanes come to mind), delivering or exporting the aircraft and production flight testing of new or modified aircraft. You can also get a permit for flying in excess of the maximum certified takeoff weight. This includes carrying extra fuel tanks for a long delivery flight, for example.

An important consideration for ferry flights is aircraft insurance. Remember, most insurance policies require that the aircraft is flown in an airworthy condition. The subject aircraft is not. Just because you have the FAA’s permission for a one-time repositioning flight doesn’t mean your insurance carrier will honor a claim if you auger during the process.

I talked with a couple of aircraft insurance professionals about the rules of flying on a ferry permit. All suggested you contact your agent or underwriter before making the ferry flight. Most companies don’t have a problem with the flight if they know what’s going on beforehand and that you’re following the rules—which are there to ensure at least some level of safety.

One issue that might put the lid on the ferry flight is outstanding airworthiness directives. A propeller strike on many Lycoming engines actually invokes AD 2004-10, requiring teardown inspection before flight. As one example, Lycoming defines a propeller strike as any incident, whether or not the engine is operating, that requires repair to the propeller other than minor blade dressing. Like any AD, if it requires compliance before the next flight, that’s precisely what the FAA might require to issue a ferry permit.

Will the FAA sign off on the ferry permit with outstanding ADs? It’s possible, but FSDOs are known to be, rightfully, more stringent when it comes to sudden engine stoppage during a prop strike. Many airworthiness inspectors are A&Ps and IAs and they’ve seen their share of catastrophic engine failure. Ask yourself if you really want to be flying it without doing a teardown inspection—I don’t.

The rules for Part 135 for-hire operations are different than they are for Part 91. If you have an airplane that’s on a 135 certificate, your ops specs might have specific requirements for dealing with any prop damage, no matter how minor.

Under Part 91, a mechanic might feel comfortable doing a visual inspection and engine runup after a minor prop ding before signing it off as safe for a one-time flight. Many techs will play it safe and stick with the engine manufacturer’s recommendations.

While the FAA doesn’t charge for the permit, don’t expect a mechanic to work for free. He or she is also taking on a fair amount of liability when endorsing the aircraft for flight.

Last, if you aren’t comfortable flying it on your own, consider hiring someone who’s qualified to fly it for you.