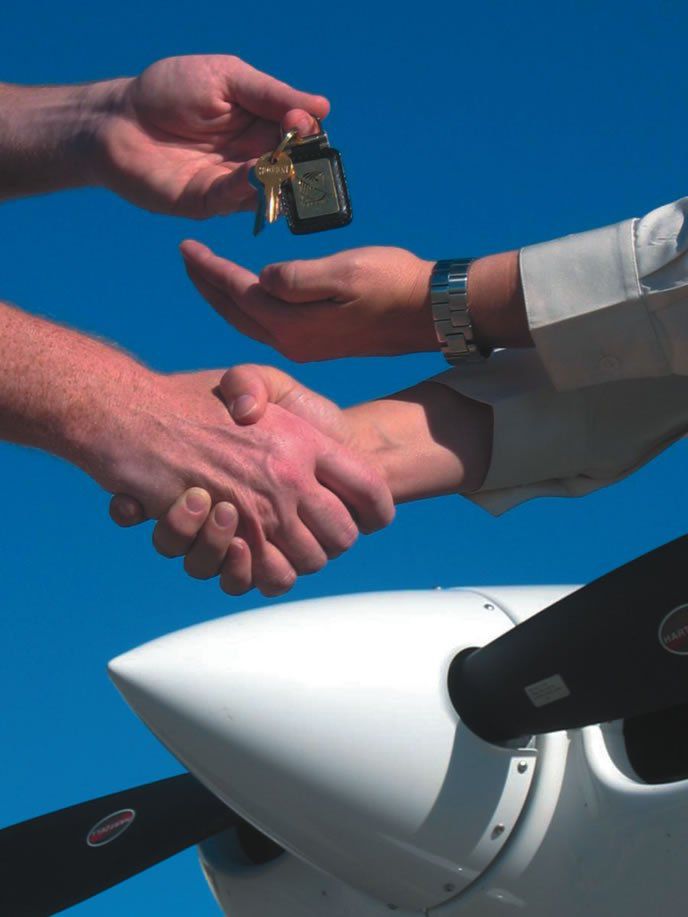 With the stock market in record territory, the economy still hesitant and fuel prices lower than in convenient memory, we decided to take a look at the state of the aircraft finance world. The Federal Reserve has kept the interest rates at historic lows—has that been reflected in available loan rates for aircraft purchases? Is this a good time to finance an airplane?

The short answer is yes—if you have a credit rating of at least 700, you should be able to qualify for a 20-year, fixed-rate aircraft loan at an annual rate in the sub five percent range. We think that’s very attractive.

A bright spot in the recurring gloom and doom we hear in the world of general aviation is that the aircraft finance world is alive, well and banks are competing for customers who want loans to buy airplanes. Jim Blessing, principal of Airfleet Capital, Inc., an aircraft finance broker in Chandler, Arizona, told us that “banks are entering or returning to the aircraft finance market—it’s a great environment for buyers.” He said that aircraft loan approval rates are back up to where they were in 1997. With interest rates holding at historic low levels, we thought the comment of Bob Howe, president of the country’s oldest aircraft finance broker, Dorr Aviation, was telling: “A bad deal in this market is still a great deal.”

Dan Garzelloni, head of Mile High Aircraft Finance, explained to us that piston airplane buyers should be able to find a 20-year, fixed-rate loan at an interest rate of just under five percent with as little as 15 percent down. He said that turbine buyers should be able to find five-year, fixed-rate loans amortized over 15 to 20 years, depending on the age of the aircraft.

All of the brokers we spoke with said that even though the current, very low rates have been place for five years and every popular publication has someone who will forecast skyrocketing interest rates to come, things look stable. The Fed has signaled that it may raise the prime rate on lending sometime this year, although it has delayed doing so because economic growth has remained stubbornly slow. According to the brokers, the aircraft lending market looks as it will remain favorable to buyers for at least the next several months.

The one change in the aircraft market over the last year reported to us by the finance brokers was that the percentage of cash sales for airplanes versus financed sales has dropped slightly. In the last 10 years, cash purchases—or some alternative financing such as business loans—have accounted for 65 to 75 percent of sales, with only 25 to 35 percent being financed. The reason was believed to be that because the stock market was sluggish, it was better to put the cash into a durable good. However, in the last year as return on investments has improved, more buyers who would have used cash to buy an airplane are now getting a loan at four percent and putting their cash into the market where they can get a six percent, or better, return. Nevertheless, cash sales still account for the majority of aircraft purchases.

Jim Blessing encouraged potential buyers, and we strongly agree, to get pre-approved for a loan before settling on a specific airplane to buy. Early approval has at least two benefits: It locks in the interest rate for 30 days—a positive if there is a concern about rates going up. It also allows the buyer to move fast when a suitable airplane is found—which may be important if another potential buyer shows up with cash.

So, if you have decided that it’s time to get into the world of aircraft ownership and you will need to finance the purchase, how do you do it? The chances are that your local bank doesn’t make aircraft loans—even if it does, the odds are that the person writing the loan doesn’t know a Cirrus SR22 from a Pilatus PC-12 and can’t effectively value the specific airplane you have your eye on, especially if it’s an older piston single or has had a substantial refurb to bring it up to nearly new standards.

We agree with Dorr Aviation’s Bob Howe who recommended that a buyer contact three or four finance brokers and find out how long they have been in the business and what their experience is with placing loans for the type of airplane you want to buy. Disclose to the brokers that you are talking with other brokers. They will go to bat for you and they will compete for your business.

You’ll need to fill out an aircraft loan application—the form is pretty standard. The information required is more involved than financing a car, but less than a house. Plan on providing your income/earnings information, several months of bank statements and at least two years of tax returns. It won’t be like applying during the housing bubble where you could just claim you had a solid income—you’ll have to prove it and the banks will check.

Provide your finance information to the broker in a package—the way to really mess up a loan application is to provide documentation piecemeal.

With loan approval in hand you can find the right airplane, let the broker know, see the airplane through the pre-buy examination and close on the deal in as little as two or three days. The finance broker will help you through the process.

The one sticking point reported to us by brokers is that some banks rely heavily on aircraft valuations in Vref or the Aircraft Blue Book.

We were told that on some airplanes, those valuations are too low—particularly on refurbished airplanes. The result is that the bank may only be willing to loan 85 percent of the “book” value, so the buyer has to make a larger down payment, or the broker brings in a consultant with expertise in the value of the particular type of airplane (finance brokers told us that they thought the Pilatus PC-12, Cessna 210 and late-model Bonanzas were currently undervalued).

It’s a buyer’s market in the aircraft finance world—if you’re ready to buy, it’s a good time to get a loan.