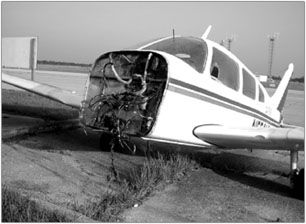 Engine time SMOH looms large in the purchase of any airplane, as well it should, since no other factor more influences the value of an airframe. Its not much of an exaggeration to say that engine time is even more important than the type of airplane itself, especially if the potential candidates are otherwise close in performance, say a Cessna 172 and a Piper Warrior.

Out of this consideration, certain myths have developed. One is that its always a lead-pipe cinch that an airplane with a run-out engine is a far better buy than one with a mid-time or a new engine. The opposite philosophy holds sway with some buyers: never buy a run-out because the guy who owns the airplane has probably run it into a hopeless state of disrepair and thus youll get buried in it.

Which viewpoint is right? Theres no easy answer, unfortunately, but it is possible to apply some dispassionate analysis. The Aircraft Bluebook Price Digest and other price guides dare to put numbers on this sort of thing and although these are at best rough guidelines, they are guidelines that everyone tends to follow. In the end, the real selling price is determined by the buyer and seller on the day of the sale, but mostly by the buyer.

And the current market is more of a buyers than a sellers market; its soft verging on depressed, so there are good buys out there and an airframe with a tapped out engine will likely have more wiggle room in the price than it might in a warmer market. Whether its worth seeking out a run-out engine as a buying strategy is debatable. It depends on what kind of an airplane you want, what youre willing to walk away from if the engine isnt the boat anchor you had in mind and how long you intend to keep the airplane.

Real Numbers
One thing is generally true about airplanes with run-out engines: they have overall values depressed by a percentage greater than a new engine would raise the value. There are exceptions to this rule with individual airplanes but we think youll have a hard time finding many. If the run-out airplane has a terrific avionics suite, or maybe a panel thats at least better than the junky kite youre flying now, so much the better. More on avionics later but first some real numbers.

Consider a modest, everymans airplane such as a 1982 Cessna 172P with a Lycoming O-320-D2J. The Bluebook value, which is based on a mid-time engine and an airframe in average condition, is $64,000. If the engine is low time, which is basically anything less than about 1000 hours SMOH, the add-on is theoretically $6.80 per hour. For a high-time engine, the value is reduced by a like amount.

Running the numbers and assuming the airplane meets the conditions for Bluebooks base average, our tapped out Skyhawk would have a value of about $57,200 or about 11 percent below the Bluebook value.

Turn it around and posit that the engine just came out of Mattituck or Penn Yan with a fresh overhaul. Add the same value for a low-time engine and the theoretical value would be $70,800 or about the same percentage above the Bluebook.

However, the two airplanes arent likely to be sold on the same terms. The seller of the run-out has a potentially less desirable airplane since many buyers shy away from run-out engines, not wanting to bother with the expense and downtime hassle. If theres a lot of inventory or prices are otherwise soft-as they certainly are now-the seller may have to give a lot of ground to move the airplane. The savvy buyer willing to confront an overhaul immediately or shortly after purchase can thus negotiate aggressively.

On the other hand, the owner of a freshly overhauled airplane has tied the bucks up in that new engine and hell be laboring under the prospect of getting that investment back. Historically, the numbers favor him. When it comes to cost recovery on upgrade dollars, paint, upholstery and engines top the list, avionics, speed mods and gadgets are at the bottom.

Thats not to say to you cant find a good deal on a freshly overhauled airplane or that its not a smart thing to do. But expect the seller to be more patient in awaiting his price and to give less ground on a percentage basis than the owner of a run-out will. The owner of the run-out has plainly stated he doesnt want to keep the airplane-otherwise, hed overhaul it-and is just waiting for the right price to make it go away.

Almost TBO
The best bargains may very well be on airplanes that have passed their peak value at mid-time and are approaching TBO. Another example: a 1968 V35A Bonanza. TBO on the engine is 1700 hours but Bluebook considers the base average or mid-time to be 700 hours. Benefiting from this asymmetry, a 1200- or 1400-hour engine will knock as much as $8000 off the $89,000 average retail price. But if it were freshly overhauled, it might not add as much to the asking price.

If the engine otherwise checks out with good compressions, decent oil analysis and no sign of Continental cylinder sickness, its a good bet that youll make TBO or beyond with the airplanes 285-HP IO-520. For an owner not nervous about a top or pending major overhaul, this strikes us a good potential bargain as long as the buyer goes in knowing an engine may come due. Sadly, no matter who does the overhaul, a surprise overhaul may be necessary for any used airplane. If you think otherwise, consider boating.

Jerry Temple, a Cessna-twin broker who we rely on for advice on such matters, believes that many owners pass up potential good buys that are within 300 or 400 hours or so of TBO. Time and time again, he sees airplanes like this sail right up to and past TBO, meaning that the owner who bought it at a price depressed by high engine hours gets, if not a free ride, a cheaper one.

You have to have a plan going into an airplane purchase, says Temple, and that depends on what the owner wants to do with the airplane. In the case of the Cessnas he specializes in, says Temple, an owner looking at an older 310 to build time in might be wise to buy one approaching TBO, fly it for a couple of years, then sell it. Hell benefit from the depressed market value of older engines without suffering much when he sells it.

Had the same owner bought the airplane with fresh engines and flown 300 or 400 hours, he would have paid a premium for the overhauls but isnt as likely to benefit from their low time when he sells. While price guides give theoretical credit on a per-hour basis for engines, the reality is that buyer psychology tends to consider engines with a few hundred hours as mid-timers. If its much beyond mid-time, says Temple, buyers tend to see the engines as at TBO. And if theres a lot of inventory on the market for that type, even mid-time or less engines may not attract much favorable attention.

Flat Market
GA gladhanders have often contended that used airplanes-that is, those whose value since new has bottomed out and begun to appreciate-are good investments. If that was ever true in a broad sense, which we doubt, its not true now. The table on page 13 tells the tale.

Although most of the 36 models we examined for our survey appreciated-some quite impressively-well into 2001, the market has been flat since. Although some models appear to have depreciated, putting that fine a resolution on the numbers stresses the available data to the breaking point. Suffice to say, as New Jersey broker Bob Grinch says, we definitely arent in a climbing market. Grinchs sense is that there are more tire kickers than serious buyers, meaning the inventory is stagnant and those who declare themselves to be ready to buy can expect courtly handling from sellers.

It also means that buyers with creampuffs loaded with avionics upgrades and new paint and angling for above-market prices probably wont get them or if they do, theyll wait a long time. Bill Hemmel, at AeroPrice, the top online aircraft evaluation service, says this happens every four years.

Buyers are uncertain about the election. We see it every four years. Once the election is over, theyll come back into the market. It doesnt matter who wins, either, he says. With that in mind, serious buyers looking for either creampuffs or run-outs ought to get busy. The market could heat up into the fall, with languishing bargains snapped up by buyers suddenly turned serious.

Grinch is high on the idea of buying a run-out. I think its the most intelligent thing an airplane buyer can do, bar none, he says. But he offers one caveat. Dont go into it with clay feet. Lots of owners want a turn key deal, he says, and if youre not willing to do the overhaul right, spend the money and suffer the downtime, dont bother. Confine yourself to shopping for the right airplane, regardless of engine time.

And increasingly, as the fleet enjoys avionics upgrades, the right airplane may be one in which whats in the panel drives the buying decision. If youre shopping for, say, a high-performance single and youre bottom feeding for a run-out but a nice example materializes with a mid-time engine and a pair of Garmin 430s, snap it up.

Youll pay a little more for the low engine time but the owner will be giving you a sweet deal on the avionics for, in the best of cases, the avionics investment dollar returns only about 30 cents at resale, if that.

A new engine returns as close to dollar-for-dollar as about anything you can buy in aviation, especially if it comes from a pedigreed shop. And anytime you can get the other guy to pay for it, whether buying or selling, count yourself a winner.