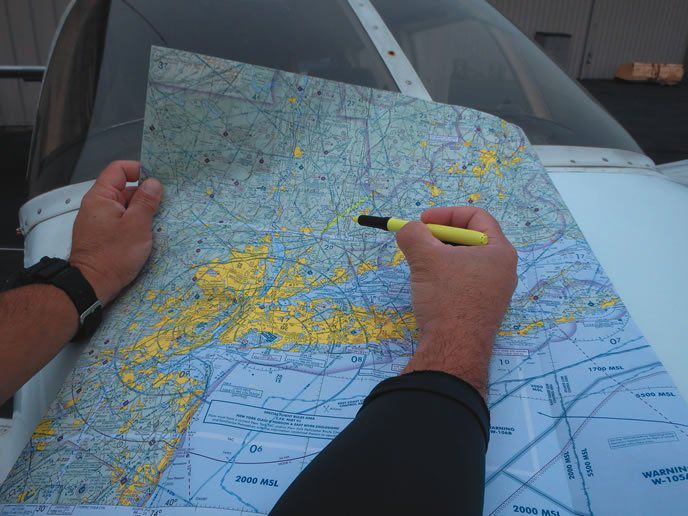 Remember the days of sprawling a VFR aeronautical sectional chart across the flight planning table—whiz wheel in hand—mapping your low-and-slow route around the TCA? I do.

That’s why buying a venerable paper VFR sectional chart always seems worth the nine bucks, even if it gets tossed in the flight bag or map pocket in case the iPad quits. Haven’t gone digital yet? You could print your own paper charts, but for lay-it-on-the-seat reference as you motor along in a rental Tomahawk or vintage Cub, the traditional sectional lives on, perhaps given a new lease on life by Washington, DC-based DuraCharts.

The company began producing its own VFR sectional and terminal area charts just as the market began shifting to digital chart use. The company’s survival, said DuraCharts’ Byron Hanna, might be attributed to users wanting both paper and electronic charts.

“Many of our customers initially made the switch to electronic charts, but then realized that paper VFR sectional charts can be easier for planning a route,” he said.

The DuraChart is the result of the company founder’s frustration with the lack of durability he experienced with the FAA’s charts, which would tear after just a couple of flights.

The charts are printed on the water and tear-resistant synthetic Papertyger brand paper. Papertyger sandwiches a thin layer of plastic between two sheets of erasable paper, resulting in a chart which we found incredibly durable after several months of abuse.

Hanna said it took the US government less than two years to copy DuraCharts, which ultimately began printing its sectionals on the same Papertyger material as Duracharts.

DuraCharts offers sectional charts for the lower 48 U.S. States, in additional to over a dozen terminal area charts. While it sources the navigation data through the same channels the government uses for its charts, it doesn’t copy the data that is on a government sectional or terminal chart. Instead, it compiles the cartography data itself (DuraCharts runs the now-privatized Defense Mapping Agency) and prints the data at its Washington, DC, headquarters.