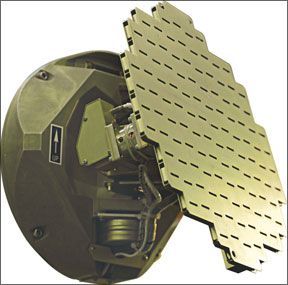 Garmins new GWX 68 is the first new ships radar design weve seen in years, but its roots extend back many years. Bendix/King originated the KWX56/58 series color radar more than 20 years ago and it proved to be a good performing system with a reasonable price tag. It was mainly marketed and then later solely supported by Narco Avionics before Garmin eventually bought the rights to it in 2000.

But Garmin didnt just buy a reliable platform and put its name on the dataplate. Garmin engineers studied the design and found 10 common failures inherent to the old KWX and other older systems. They took these issues back to the drawing board and reworked the analog circuits, in particular the magnetron, the core part in every radar system and the most expensive thing to repair.

They also transformed the dish into a flat plate antenna, gaining a boost in performance and reliability. To address high repair costs, the major components in the GWX 68 promise to have a longer time between failure, thanks to improved manufacturing methods that didnt exist 20 years ago.

The GWX 68 sports a hefty 6500 watts about 3000 to 4000 watts of nominal power is the norm for other mid-market radar systems. Whats the benefit of all this transmitted power? For one thing, weather resolution will be sharper and the system is able to paint smaller water droplets. And when the droplets are bigger, penetration is improved at the higher power.

More power also improves range, at both ends of the spectrum. The 2.5-mile scan range is a new, tighter range setting whose benefits accrue in the terminal area when youre committed to an approach and trying to pick through cells.

Garmin has borrowed a feature that was a huge selling point for the Honeywell RDR2000/2100 radars: vertical profile. With the GWX 68 in vertical scan mode, the antenna scans through a 60-degree vertical arc. Garmin calls it vertical scan, but no matter you call it, it provides a nice picture of the relative altitude of storm cell structure, which is often an indictor of intensity.

Pilots who fly jets will be familiar with the sector scan feature found on high-end radars and Garmin has added that to the GWX68, too. It has the ability to scan 20, 40, 60 and 90 degrees even while in turns. Again, this is a useful feature when maneuvering around storms in restricted airspace.

Theres more automation in a target alert feature that warns you if stronger echoes lurk distant miles ahead, if by some chance you havent noticed. The GWX 68 is aimed at overlaying on the G1000 glass displays, but since you cant retrofit a G1000 into your airplane yet, you can play the GWX 68 on the new Garmin GMX200 MFD or on the older MX20 and i-Link MFDs, too. Further, Garmin offers the choice of 10-inch and 12-inch antennas for the GWX 68. At about $22,000, the GWX 68 promises to be a serious contender for anyone who wants new ships radar with state-of-the-art displays. In fact, its the only game in town for cutting edge radar for light aircraft.