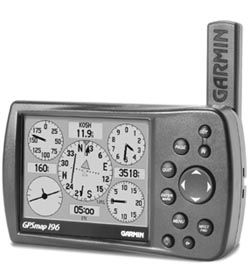 Its no secret that the world of general aviation is having a bad time of it. Sales are off, theres ever more governmental restriction on the freedom to fly and the recent wanton destruction of Meigs Field in Chicago seemed to cast more doom and gloom on the scene.

Yet, still they come. They in this case being new general aviation products and services. Realizing full well that the current doldrums are the bottom of the next upswing, some companies havent slowed the flow of new ideas and many of these are making it to market.Which are the good ones and which are the also- rans? Thats where we come in. Every year we poke, prod and test dozens of products and herewith are our picks of the best products and services weve seen during the past 12 months.

Product of the Year: Garmin 196
Check the archives, and youll find that we once doubted that any company would ever introduce an affordable portable color GPS. When Garmin proved us wrong with the GPS Map 295, we wondered how the company would ever top that. Once again, Garmin stepped up and swung for the fences, this time with the GPS 196.

Although it lacks color, the 196 has enough intriguing features to sail easily into the winners circle for our 2003 Product of the Year. It has a lightning fast processor, improved and simplified operating logic, a clever primary flight display and, for modest additional cost, Garmin offers a kit to turn it into a first-rate ground navigator.

Although the market for portable GPS would seem saturated by now, Garmin has enjoyed brisk sales with the 196. For that reason and because of its impressive featureset, we think it deserves our Product of the Year honors. Contact www.garmin.com.

Best Bargain Headset: LightSPEED QFR and SoftComm Phoenix
Expensive ANR headsets seem to garner most of the ink in headset product comparisons but in our October 2002 issue, we examined the other end of the market, the economy entry level models. After all, why buy a $1000 headset for a backseat thats used twice a year?

We thought the two top performers and best values were LightSPEEDs QFR Solo at $149 and SoftComms C-20 Phoenix, also at $149. Both are passive designs, of course, but we found them relatively comfortable with good passive attenuation and decent mics. Even for more than occasional use, theyre good choices, in our view. Contact www.anrheadsets.com and www.softcommheadsets.com.

Best Flight Planning: Destination Direct
When computer flight planners first hit the market nearly a decade ago, they were rudimentary with few features. Progress has changed all that, however. Now the big three-thats Jeppesens FliteStar, Destination Direct and RMS Flitesoft-all share similar capability.

But over the years, Destination Direct has stayed one step ahead and it remains there yet, in our estimation. In 2001, the software was purchased by online service Navigation and Planning Service and the two have been effectively married up to allow both online and offline planning. Cost is $229 for an IFR version or $295 with FBO data. Contact www.destdirect.com.

Best Navcomm: UPSAT SL30
Despite the dominance of expensive mapcomms with color screens, theres still a place for the lowly conventional navcomm to play second fiddle in a stack ruled by a new-age navigator. In some aircraft, its simply not worth the extra expense of a second mapcomm; a regular navcomm is better.

In that role, we like the UPSAT SL30 for its small size, reasonable price and upscale digital features, including frequency memory, scanning and monitoring capability. It costs about $5000 installed or a bit less than the competing and long-time market leader, Bendix/King KX155. Contact www.upsat.com.

Randolph glasses are sturdy, well made and free of any need to sacrifice function on the altar of fashion, which makes them the coolest shades going, in our view. Prices are around $70. Contact www.randolphusa.com for sources or any supplier of sunglasses.

Most Impressive Datalink: Avidyne
The world of aircraft datalink is a work in progress. Buyers are continually confounded by evolving technology and they worry about buying the wrong emerging system that might prove to be a technological dead end two years hence.

Thus far, of all the systems weve seen, we like the one designed by display maker Avidyne the best. Its a simple-to-use, request/reply system that perks along in the background, sucking up data as needed and displaying it when you want it.

The datalink receiver itself resides inside the EX500, Avidynes latest color display. The best part is that when you dont need it, you can toggle the datalink feed off and pay nothing. At this uncertain juncture, we think this provision will be a must-have for any company hoping to make a go of it in light aircraft datalink. Contact www.avidyne.com.

Affordable Traffic System: Garmin TIS
Weve complained about the high cost of anti-collision devices for light aircraft, even though we concede that the higher-priced versions work well. At mid-year 2003, Garmin released its GTX330 transponder, which receives ground-based traffic data from the FAAs TIS or traffic information system.

For the price of the transponder-about $5000-you can have a full-feature, effective traffic avoidance system. While its true that it doesnt work everywhere, the Mode-S TIS capability is available in areas where youd most want it, chiefly high density traffic areas around major terminals. Contact www.garmin.com.

Convincing data exists that fine wires improve smoothness because they reduce the randomness in combustion events and are less susceptible to erosion, thus the plug performs more uniformly through most of its service life.

Best Featherlight Headset: Quiet AuriComm
If you cant stand the vise-like grip of a conventional headset, a couple of companies are producing ultra lightweight designs that offer an alternative. No noise canceling, of course, but they fit tightly into the ear to reduce noise to a minimum.

We like a model called the Auricomm from Quiet Flight, which weighs a mere .4 ounces and costs $325, a fraction of the price of a high-end ANR headset. Contact Quiet at www.quiettechnologies.com.

Best GPS Gadget: Vflite Trainer
Hardly a month goes by that we dont hear plaintive complaints from owners who say a Garmin 430/530 is just too complex to operate. While our yin is sympathetic, our yang says get over, it guys. Machines dont run themselves.

A company called Pegasus Interactive can help. Its Vflite computer program does a terrific job of teaching the Garmin boxes through a multiple-mode, interactive learning design. Very impressive and effective in our view. Two versions are available, a basic version for $189.95 and a Plus Version for $229.95. Contact www.pegasusint.com.