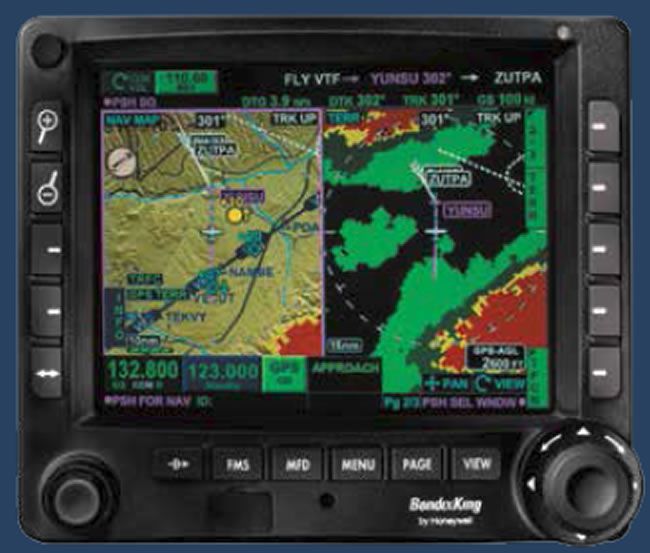 We’ll attempt to answer that in a bit. First, a history refresher. When buyers were looking for a modern alternative to the Garmin GNS530 somewhere around 2008, all eyes were on the BendixKing KSN770. The brochures made it look like the retrofit navigator that would put the sleeping BendixKing back on track and a jogging Garmin sprinting to the engineering lab. The system was everything the market was calling for—airways, VGA display, touchscreen, radar overlay, plus the rugged hardware that BendixKing was known for. Unfortunately, it was years in the making and the market didn’t sit still.

Now that the $13,995 KSN770 (and the $12,995 KSN765, a version without comm or raw nav function) is certified, consumers have moved on to the Garmin GTN series navigators, tablet computers and most recently, Avidyne’s IFD540 slide-in replacement for the GNS530W—none of which existed when the KSN770 was first pitched. That’s not to say the KSN770 isn’t capable. It brings a long list of functions, including a hybrid touch interface, excellent graphics, a logical user interface and most importantly, good interface capability with core legacy products in the BendixKing line. This includes the RDR2000-series weather radar and KGP560 TAWS-B, in addition to a variety of traffic systems, plus the L-3 Stormscope. It’s also compatible with the KGX130 ADS-B transceiver for use as an approved WAAS position source. It won’t, however, display ADS-B FIS-B weather or FIS-B traffic data—a major shortcoming that’s being addressed.

We can’t help but compare the KSN to the KMD540-series MFD that was part of the BendixKing IHAS (integrated hazard awareness system) because of its bezel and control design, plus the open architecture that plays with nearly all of the remote sensors used in a full-up IHAS interface. It’s even marketed as a “safety display,” essentially the second-gen KMD540. The IHAS 5000 and IHAS 8000 (with weather radar) was focused at higher-end piston twins and even light turboprops, although some single-engine Cessna pistons had the IHAS as standard. Some of those packages still exist and generally include a KLN94 or even older KLN89 GPS. While it’s not a slide-in, interfacing the KSN with an existing IHAS package could be easier (and cheaper) than rewiring the interface for a Garmin GTN750. It also uses less panel space. There’s also the RDR2000 weather radar interface, a non-player on a Garmin GTN750, but nearly plug-and-play with the KSN770.

Whether the KSN770 will appeal to existing IHAS owners is anyone’s guess, but if BendixKing can get shops to embrace it, or even mention it as a viable option, IHAS-replacement could be its niche market.