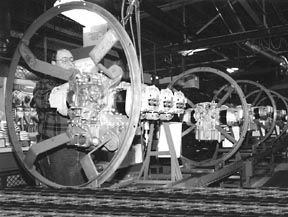 Six months ago, when the magnitude of Lycomings crankshaft recall fully came to light, we took the temperature of a small sampling of Lycoming owners and the result wasnt pretty. Our interviews with owners found that most were steaming mad over both the recall itself and Lycomings handling of individual owner complaints.

At the time, Lycoming pledged to provide financial support for those affected by the recall and it promised to deliver the reworked engines as quickly as possible. As the recall effort winds down and the last of the engines are shipped to owners, its fair to ask how owners rate Lycomings response and performance as it tried to straighten out the mess. Did Lycoming deliver on its promises? Are owners satisfied with the results?

To find out, we queried owners via an e-mail survey published on our online news service, www.avweb.com, and we re-contacted owners we interviewed last fall. We asked what type of aircraft was involved, how long the airplane was down and how owners rated Lycomings performance on a scale of one to 10. Altogether, we heard from about two dozen customers since last fall.

In a nutshell, we found a curious dichotomy among customers. Those who received financial assistance-and that appears to be most-seem satisified if not pleased with Lycomings response.

But even though the company stepped up to the plate with cash, owners generally give Lycoming fair to middling marks overall, chiefly because it did what many characterized as a poor job of communicating with its anxious customers.

Slippery Dates
The aircraft industry is famous for promising parts and services by a certain date and failing to deliver and the fact that Lycoming got mired in this trap irritated many customers. Some said they were initially led to believe the grounding would last for several weeks but as the magnitude of it expanded to eventually encompass nearly 2000 engines, the length of the grounding telescoped from weeks to months and, in a couple of cases, over a year.

The lucky owners were those whose engines were grounded late in the game but for reasons not made clear to anyone, their engines were the first to be returned after the factory fix. More typical, however, was the experience of Paul McKelvey, a Cessna T206 owner who was grounded on August 22, 2002 and, as of mid-March when he responded to our survey, there was still no word on when the engine would be shipped. That amounts to a seven-month grounding.

On the other hand, Bill Henningsgaard, a Piper Saratoga owner, was slammed by both ADs affecting the Lycoming 540 series. His aircraft was grounded for 14 months, with a two-month period of use during that time frame. Lycoming estimated it could deliver the engine by April 1. By April 10th, he still hadnt received his engine.

Some owners told us they were given delivery estimates by Lycoming-we hesitate to use the term promised dates-while others felt they were kept in the dark, with no estimates of any kind.

One complaint we heard repeatedly was that Lycoming failed to return calls or when they did return calls, the person at the other end of the phone often had no useful information, something which served to frustrate owners.

Financial Assistance
We found that owners generally give Lycoming credit and praise for offering financial assistance to owners impacted by the recall. And for the record, some of these settlements are by no means chump change, with many running to the low five figures.

Last winter, Lycoming contended that its financial support of customers-which will cost Lycoming and its parent company at least $35 million-was unprecedented in the history of general aviation. Frankly, we agree and our survey suggests that despite their overall anger at Lycoming, owners give the company credit for offering settlements.

We asked owners this question: On a scale of one to 10, with one being the worst and 10 being best, how would you rate your satisfaction with Lycomings financial assistance? The overall average was 5.5 and although that might seem like a failing grade, customers qualified the numerical rating by recognizing and crediting Lycoming for the effort.

We also asked customers to give Lycoming an overall grade for response to the crankshaft AD, again on a scale of one to 10. The average: 4.5. In other words, although owners were more satisfied with the financial assistance, they still gave the company poor marks overall. We think we know why.

Poor Communication
With only a few exceptions, all of the customers we contacted bashed Lycoming for poor communication with owners. I had a lot of trouble with Lycoming, owner Paul Joffe told us. The negotiations over compensation ended a few times. If not for the intervention of my Cessna dealer and Cessna itself, I would not have been able to make any compensation deal.

But even with compensation aside, owners remain frustrated and angry with Lycomings failure to communicate. I cant for the life of me understand why Lycoming is still in business. Their response to my phone calls has been at the rate of about one to 10. They have given incorrect and untrue information and they have made a big deal about financial reimbursement for down time. But I know that many people cannot take them up on it due to insurance problems, said Cessna T206H owner Russel Berg.

To the question, Has Lycoming communicated regularly with you about delivery dates for your engine, the majority of owners said no, although some qualified this. No. I did get one e-mail as they started working on my engine. It is up to me to check the Web page for any other info on the engine, said Anette Sky, a Mirage owner.

She was referring to a Web page Lycoming set up to allow owners to track the progress of their engines. Yet some owners complained that the site was either inaccurate, not up to date or they couldnt find their engines in the tracking system.

Lycomings Response
We contacted Lycoming for its response to our survey findings and were referred to Susan Bishop, a spokesperson for the companys parent, Textron. Our first question: after committing so much money to the recall and to financial settlements for customers, why didnt Lycoming spend a little more on communicating with its customers?

Bishop told us the company went to extraordinary lengths to contact customers and to keep them informed throughout the recall process. It set up a dedicated Web page for engine tracking, established e-mail updates-549 customers signed up for that program-and hired more customer service representatives to staff the telephones.

There was also an extensive direct-mail campaign and numerous announcements and press releases. However, as we reported in our December, 2002 issue, Aviation Consumer had to go to extraordinary lengths to gain access to Lycoming during the recall, something weve rarely encountered with the company in the past. Evidently, some customers shared this experience, although to be fair, some praised Lycoming for its efforts to keep customers informed.

Bishop conceded that because no aviation company had attempted a recall of this magnitude, Textron and Lycoming were devising strategies on the fly and, inevitably, some customers were not fully informed.

She told us Lycoming hired 140 additional people at the Williamsport, Pennsylvania plant to keep the engine line running 24 hours a day, seven days a week during the recall period. As of mid-April, 800 engines effected by SB 552 had been shipped and 640 crankshafts had been tested in conjunction with the recall.

Bishop was not able to provide a clear picture of financial payouts promised under the recall but she challenged claims by some that legal releases required by Lycoming precluded many owners from accepting financial settlements because insurance companies objected. She told us that the language in the releases was adjusted to satisfy insurers concerned that Lycoming was asking for blanket protection from future lawsuits, whether they were related to the crankshaft issue or not. Bishop said its not known how many customers declined the settlements because they never contacted Lycoming for clarification of the terms.

As for current quality control, Bishop said Lycoming has installed quality control systems that it believes will preclude a repeat of the recall, which involved 1800 crankshafts that were substandard due to inclusions caused by improper heating.

New crankshafts are now made in a more reliable press forging process rather than the drop forging used previously. Induction heating prior to forging is now automated, said Bishop, and theres more frequent monitoring and auditing of the forging process.

Conclusion
From talking to and e-mailing customers, our impression is that Lycoming will be a long time recovering its reputation following the recall. In our view, Lycoming owners seem willing to bend over backward to give the company a chance to do the right thing. And in accelerating crankshaft production, adding engine assembly capability and offering generous financial settlements, we think Lycoming did do the right thing, frankly.

But in our estimation, it also shot itself in the foot. For all the goodwill that was engendered by offering financial help, Lycoming squandered some of it by what we view as poor communication with customers.

Failing to return calls or e-mails-no matter how much time and effort it takes-is the kiss of death for a company trying to win a public relations campaign. Even a weekly e-mail newsletter would have gone far in keeping customers from feeling they were in the dark.

For Lycoming-or any other company that finds itself mired in the swamp of a major recall-the lesson should be this: if youre going to spend the money to make customers whole, set aside a little of it to establish the best possible communications channels to and for those customers.

We think some friendly chatter from the customer service department would have gone a long way in defusing customer ire over the recall and might very well have made the financial settlements a slam dunk success story.