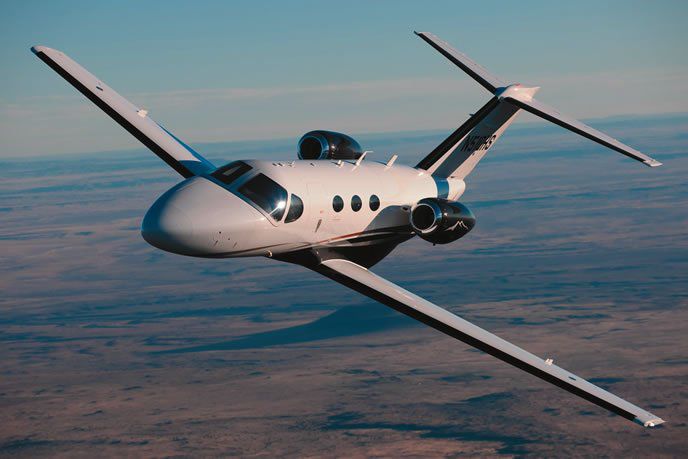 No airplane is perfect for 100 percent of its owner’s missions. It’s long been common for, say, a pilot who owns a Cessna 150 to rent an Archer when more capability is needed. We’ve also seen owners trade up into the class of airplane they’ve been renting—the rental process having allowed them to get to know the more capable airplane and the experience they’d gained helped in buying insurance.

Nevertheless, it was a little surprising to learn that the more capable airplane some pilots are renting these days is a jet—and that not only are established FBOs and flight schools evolving to meet the trend, but individual jet owners are making their airplanes available.

We interviewed companies that rent jets and pilots that are doing the renting and found that if you’ve got the financial wherewithal, there are increasing opportunities to rent one. Nevertheless, it’s a new field, the FARs and insurance requirements make it more complicated than renting a Cirrus at your local FBO and you may not be able to fly the airplane solo.

We recommend that you have an aviation attorney carefully look over the rental/lease agreement and insurance coverage before you go.

The FARs involving operation require that you be in “operational control” of the jet that you’re renting. Simplified, that means the renter, you, have to arrange for whatever flight crew is needed. If the company renting the airplane to you provides the crew as part of the deal, it becomes a charter flight under Part 135 of the regs, and you are a passenger who cannot touch the controls.

Companies such as Angel City Flyers of Long Beach, California, rent jets as part of their focus on flight training. Company president Seosamh Somers told us that it put the first of three Cessna Citation Mustangs on line three years ago. Initially, the jets were to be used for type-rating training, but increasingly, customers desired to rent the airplanes after they had obtained a type rating. The company responded through an arrangement where, initially, a mentor pilot flies with the renter. According to Somers, some of the renter pilots have acquired enough experience that they can meet the internal requirements of the company and its insurer to rent the airplanes solo.

Somers told us that renters usually take the airplanes for a few days, but it’s not unusual for them to take trips lasting two weeks or more and going across the country or to Mexico, Canada or Europe. The Mustangs are rented for $1200 per hour, dry. Mentor pilots typically charge about $800 per day.

Texas-based Plane Smart offers a number of aircraft management services including dry leases of a Beech Premier and Cessna Citation II. Director of marketing James Elgin told us that it offers block hour rental arrangements of 25 or 50 hours, paid up front at a dry rate. He said that most customers want to fly the airplane themselves and arrange for the necessary flight crew to meet company and insurance requirements.

In addition to companies formally renting jets, there are owners who want to increase the usage of their airplanes to help offset the fixed costs such as calendar-driven inspections and hangar rental. They will advertise in aircraft sale publications or simply put out the word among pilots in their area.

One pilot told us that he’s been renting a Cessna Citation II and V from owners who are glad to have a way to help offset fixed costs. He said that he’d gone the route of making a deal with individual owners because he could use the airplane for a week or two at a time, which was difficult to arrange with companies that were in business to make money renting their jets.

He, and others, told us that rental rates for jets with comparable capabilities to the Citation II and V are between $1200 and $1500 per hour, dry. He was renting a Citation because his King Air didn’t have the payload or range for some of the trips he needed to make. He also said that the drop in the price of fuel over the last year has made renting a jet much more attractive.

To be pilot in command of a jet, you must have a type rating for the type and have completed annual recurrent training. To be the copilot (SIC) in a two-crew airplane, and log SIC time, you’ll have to undergo FAR-specific ground and flight training and receive a logbook endorsement. (An SIC-type rating is not required unless you fly outside the U.S.)

We think you should enter into a written agreement that sets out the precise terms of the rental/lease. Market values of older jets have dropped stunningly—a Citation I may only be worth $400,000. While the jet you’re renting may be worth less than your Baron, make sure you have your lawyer go through the rental/lease agreement before you sign. You may have a beautiful trip and think you are returning the jet in perfect condition, however, if an engine inspection three months down the road turns up FOD, you could be on the hook for big bucks.

RVSM approval can be a problem. Reduced Vertical Separation Minima rules mean that an aircraft has to undergo approval to fly above Flight Level 280. The approval may be given to the aircraft or the aircraft owner. If to the owner, additional approval may be needed to have it extended to a renter pilot. It’s one of those things that might never be an issue until something goes wrong and the FAA starts looking. If it discovers the pilot has been flying in violation of the RVSM approval, a certificate action or civil penalty could follow.

If you want to fly an airplane with engines that go whoosh and have the money to do so, the opportunities to rent one are better than they’ve ever been. Keep in mind that it not only costs a lot of money to operate them, it can cost cubic dollars to fix them. Don’t put your sweaty hands on the yoke until you’ve made sure you and your financial welfare are protected by a suitable rental agreement and appropriate insurance.