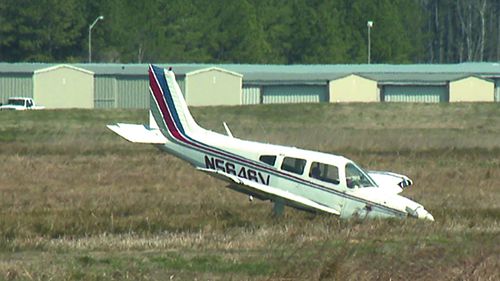 We’ve heard our share of horror stories from readers regarding their experiences in the “hard” insurance market that developed in the last two years. We’ve been tracking the market and reported on it in the February and December 2019 issues. It put an end to a “soft” market that had existed for over 30 years. Aircraft owners luxuriated in an aviation insurance market where there was excess capacity—there were so many insurance companies writing aviation coverage that the competition drove premium prices through the floor. Keep in mind that there are fewer than 15 insurance companies that write aviation insurance, and only about 200,000 airplanes in the U.S.—it’s a tiny market.

In addition, the cost of repairs has skyrocketed, especially on composite aircraft, and there are more owner-flown multimillion-dollar turboprops and jets, something that gives insurers the willies.

A few companies left the aviation market because the return on investment was too low. That drove premium prices up. Subsequently, some big losses, notably the two Boeing Max crashes and the Kobe Bryant helicopter accident, meant the aviation insurance industry is facing some large claims.

With that as background, owners of general aviation airplanes are seeing significant increases in premiums at renewal time and a few who fly high-performance machines have found that they can’t get coverage, can’t get the level of coverage that they feel they need or can’t get coverage for a price they can afford. We’ll say right here that those most impacted by the hard market are owners flying turbine equipment. They were the greatest beneficiaries of the soft market and have been most affected as the pendulum has swung. The least affected are owners of piston singles, even though we’ve seen premium increases for them of up to 20 percent.

In preparation of this article we spoke with aviation insurance brokers Mike Pratt of Fifth/Third Insurance and Jon Doolittle of Sutton James. Doolittle is also a regular contributor to Aviation Consumer. We also spoke to two aviation attorneys who requested that their names not be used.

Pratt and Doolittle told us that the bottom line for aviation insurers when looking at coverage for an aircraft owner is how much he or she flies annually. That hurts when the COVID-19 shutdown that hit just as the spring flying season was getting rolling.

They went on to tell us that with BasicMed there are more older pilots and insurers are less inclined to insure older pilots. We were told that two insurance carriers are now refusing to look at new submissions if the pilot is over 69 years old.

With the twin problems of less annual flying time and aging pilots, Pratt and Doolittle recommended that pilots do all they can to make themselves attractive to insurers—sell themselves to their broker so that their broker can sell the pilot to the insurance underwriter. Otherwise, because insurers consider general aviation pilots who aren’t being paid to fly an airplane as amateurs (accurate, but ouch), your ratings, type of airplane and annual flying time are usually just plugged into a computer program the underwriter has and it spits out a premium.

Only one insurer, Avemco, sells directly to the customer. You contact Avemco with your info and it spits out a premium for the coverage it offers.

Since the only way to get quotes from all of the insurers is to go through a broker, here’s what Pratt and Doolittle told us you can do to get the best deal:

• Add a rating—especially an instrument rating.

• Set up and stick to a recurrent training schedule—get an FR and IPC every six months or at least annually.

• Flying a high-performance aircraft? Set up and take simulator training at least annually.

• Before buying an airplane, make sure that you can get insurance, especially if you’re over 60. If you’re buying a retractable-gear bird, you’ll probably need to have 500 hours TT, 100 hours retrac and an instrument rating. We heard two examples of pilots who bought high-performance retracs and couldn’t get coverage.

• Make sure the person you deal with at your brokerage is a pilot or understands the type of flying you do so she or he can knowingly sell you to insurers.

We were also told that if you have a claim, plan on your premium going up, even if it wasn’t your fault. After making a claim, stick with the same insurer at renewal—you’re more likely to be renewed. Others may be hesitant to cover you.