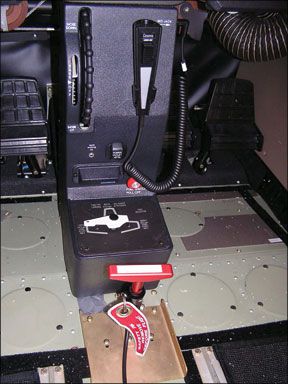 Weight kept the whole-airplane parachute idea in the world of fantasy for the first 70 years of powered flight. It took a terrifying ride to earth aboard a broken hang glider and new materials technology to allow Boris Popov to found Ballistic Recovery Systems and develop a viable arrangement that could successfully deploy a parachute and lower an aircraft and its occupants to earth. BRS products (BRS, as “Systems,” is the company; as “System,” is the device) began saving lives in the ultralight world and expended successfully into FAR 23 airplanes with the Cirrus line and a retrofit for the Cessna 150/152. The number of lives saved as a result of BRS deployment is approaching 300, according to BRS company numbers. (Our research shows 48 deployments, of which 36 were “saves,” with 76 lives saved in Cirrus aircraft—most, but not all, of the other saves were in ultralights.)

While everyone knows about the ballistic parachute included as standard equipment in a Cirrus, it’s not as well recognized that owners of some LSAs and Cessna 172s and 182s can have a BRS retrofitted into their airplanes for under $19,000. We looked into the why, how and how much for a BRS retrofit.

Cost-Benefit
We found that the cost-benefit analysis for the BRS mod decision is not easy—and it’s definitely not a pure evaluation of dollars and weight. It is heavily affected by personal risk analysis and the type of flying an owner does. The installation of the system is less invasive than we thought.

The jury is still out when it comes to fully evaluating the “how much does it cost” question because there is no hard data on how the system affects the value of the airplane—plus the BRS has to be repacked periodically.

Further, the success rate for deployments for skydiver reserve parachutes is 98 percent; the BRS does not approach that rate, although a number of the failures were because the airplanes were too low.

Why?
The “why” question is a matter of personal and family risk assessment. Viewed objectively, the idea of being able to pull a handle to avoid a fatal crash seems to be a no-brainer. Yet, for a pilot to admit he or she can’t handle a situation in flight and must bail out, somehow sticks in the craw of those who have not had formal training in when to eject.

In his book, The Right Stuff, author Tom Wolfe describes the actions of the best test pilots when something goes horribly wrong during a test flight. On the radio they calmly describe what’s going on, list the corrective actions they’ve taken, say that none worked and demand to know what else they can do. “I’ve tried A. I’ve tried B. I’ve tried C. I’ve tried D. Give me something else to try.”

A ballistic parachute gives those with the right stuff something else to try. More than 20 years of experience shows that the BRS usually—but not always—works.

During our conversation with Derek Kuefler of BRS, he told us that he’d seen two primary drivers for BRS retrofits: terrain and grandkids. The owner was routinely flying over mountains, large areas of water and/or at night—or was becoming a grandparent. Little faces in the airplane affect a person’s risk/benefit equation.

Chris Garner of Sierra Hotel Aero of South St. Paul, Minnesota, who has done the majority of BRS retrofit installations on Cessnas, added two more reasons: successful businesspeople who wanted to continue to fly on business and found that their insurers would only insure the businesses if they installed parachutes in their airplanes, and spouses who would only ride along once the additional level of safety was installed.

What Are the Risks?
So what are the risks that may be effectively mitigated by a BRS retrofit? Years of Nall Reports show that the high fatal accident risks are: VFR into IMC and something going wrong when in IMC or at night. Tangling with a thunderstorm also has a poor return. A full-airplane parachute may save lives in all of those scenarios.

A little further down the list of fatality risks are engine stoppages for any reason—survivability is dependent on a lot of factors outside the pilot’s control, notably terrain and whether it happens at night. A BRS will turn many of those from a high risk of death to survivable.

Maneuvering accidents are always up there in the frequency and rate-of-fatality column. If it’s a blown buzz job, a parachute won’t help—but the more common stall/spin event could well have a happier outcome with BRS deployment.

Mid-airs are well-publicized but rare, and fewer than half are fatal. Nevertheless, owners spend a lot of money for traffic alerting systems, and the chance of surviving a mid-air goes up if a BRS is installed and used.

Space
A final consideration is that the BRS canister takes up space. It occupies a little less than half of the baggage compartment of a 172 or 182. Unless an owner regularly carries bulky stuff, the fact is that at least one of the rear seats is probably going to be available to tie down baggage.

One Pull
There has been one “pull” in a BRS-retrofitted Cessna. It suffered engine stoppage at about 400 feet up on takeoff. Rather than risking an attempt to return to the airport or stuff the airplane into the trees around the airport, the pilot made the BRS pull. He’d given up about 100 feet before he pulled the handle, however, the chute opened successfully, the airplane descended level into the trees and the pilot walked away.

We have little respect for the “keyboard warriors” (we like Derek Kuefler’s phrase) who light up the Internet with Monday-morning quarterbacking following a successful BRS “pull.” They weren’t at the point of the arrow. The pilot who was made a decision regarding a specific situation and pulled—that decision meant everyone aboard survived.

Okay, you’ve decided to install the mod—how do you do it and what gets done to your airplane? Step one is to contact BRS to arrange to purchase the system. Their pricing has held steady for over a year: A 172 kit is $13,499; for a 182, the cost is $14,999. LSA kits range from $4599 to $6899. Your shop can do the installation, but the chances are you’ll be paying for its learning curve. We suggest going to a shop that’s done it before.

Installation
Chris Gardner of Sierra Hotel Aero worked with BRS on the original certification of the 182 system. He explained that his first discussion with the owner involves finding out the year of the airplane (it has to be one with electric flaps because the activation handle goes on the floor just aft of the fuel selector), whether it has rear seat shoulder harnesses installed and what antennas it has on the top of the cabin.

It is common to need to move at least one antenna, and the reinforcing bar installed across the baggage compartment becomes a new shoulder harness mount. In general, the newer the airplane, the less costly the installation. Gardner recently did a BRS retrofit on a new-from-the-factory 182 for $3600, which included moving antennas. Although the installation is not terribly invasive, older airplanes may have issues that appear once they are opened up.

The parachute has Kevlar risers that attach to the airplane structure at four points and hold it in a nearly level attitude (after the first eight seconds of deployment). The forward two attach to the forward wing spar when it joins each side of the fuselage.

Aft of the canister, the fuselage is beefed up with gussets and a support bar that retains the two aft shroud lines for the parachute.

For the warranty to be activated, BRS requires that pictures of the installation process be sent in. We think it’s a good idea for quality control.

Ready, Set, Pull
Should the pilot pull the handle, a blunt-nosed rocket punches out through the right side of the rear window and pulls the chute open. Max speed for deployment of the system for the 182 is 134 knots; for the 172, it’s an impressive 163 knots. The patented dynamic reefing system has a slider that keeps the parachute from opening too rapidly at high speeds (but allows very rapid deployment at slow speeds—especially important near the ground). We suspect that a successful deployment could come about at speeds above those published. Let’s just say that if we were out of control in a diving spiral, we’d give the system a try.

Repack
As with any rocket and parachute, nothing lasts forever. The repack cycle is every 10 years for the 172 and 182 BRS and six years for the LSA. Conveniently, it’s the same life limit on the rocket. When time, everything comes out. Everything except the rocket is shipped back to BRS in South St. Paul—the rocket is turned over to your local ordnance disposal folks.

For the Cessnas, the line cutters—pyrotechnics that fire at eight seconds to allow the airplane to be suspended in a level attitude—must be replaced every five years; that kit is $900. There are no line cutters on an LSA BRS.

We have no data as to how much a BRS retrofit adds to the resale value of a 172 or 182. We suspect that it will prove to be a little like any other upgrade such as avionics or a bigger engine—worth something, but not more than half what the upgrade costs. On the other hand, as we’ve seen with Cirrus aircraft, as the time for the repack draws nigh, the value of the airplane drops.

Conclusion
In the small world of general aviation, nearly 300 lives saved is a number worth respect. We think the BRS is a valuable safety addition to an aircraft, provided the pilot spends some time considering risks and setting parameters for using it—and can get past the macho nonsense of not pulling because someone might say he has the wrong stuff.

Cost is always a consideration, especially as a $17,000 installation on a $35,000 172 may not come close to being recoverable at the time of sale. However, as we’ve said on retrofits and upgrades, an owner shouldn’t make them to increase the sale value of the airplane—they are to improve the utility and safety of the airplane for the owner and the environment in which the owner flies—and intends to keep flying for some years.