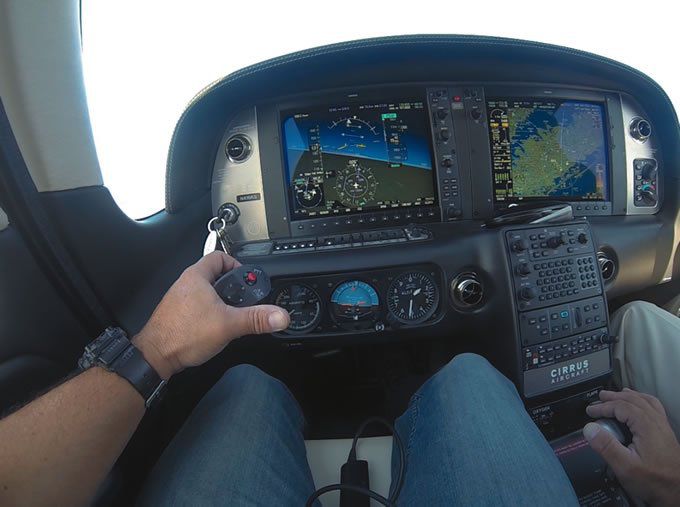 If its true that the SR20 flies like an SR22, its also true that it crashes like one. Thats why the Cirrus training approach for both aircraft are nearly identical. When we looked at 50 random SR20 crashes in the NTSB reports, it came as no surprise that runway loss of control events topped the chart.

But when it comes to fatal accidents, the trend is down-way down. Cirrus Travis Klumb said that as recently as 2004, the Cirrus fatal accident rate was about twice the industry average, at 2.6 per 100,000 hours. In 2013, the rate had dropped to 1.01 per 100,000, below the industry average of 1.2. The statistics for 2014 are shaping up to be even better. Klumb credits the substantial drop with the major revisions in the Cirrus training curriculum, which puts sizable emphasis on using the CAPS. He also noted that an early dismal accident record was partly related to the new design, complex avionics and field training that didnt match the aircraft or its complex mission.

On the day we flew the SR20 for this report, we also flew a SR22T for comparison. Strap into an SR20 and youre hard-pressed to tell any difference between it and the SR22. The control layout and sight picture is identical. While cruise-flight handling is essentially the same, taking off and going around is a different matter. Things happen more slowly in the SR20-roughly 5 knots slower-from the traffic pattern all the way to landing, and about 15 knots slower in cruise. Further, it doesnt demand the same rudder input on the takeoff roll and in initial climb.

Klumb doesnt think enough emphasis is placed on practicing go-arounds. The real situation where Cirrus pilots get into trouble is when they execute a go-around late in the game. When youve screwed up the approach and youre in the flare or on the runway (maybe bouncing), the go-around is very different than it is at 200 feet when the aircraft still has enough flying airspeed, he notes, but thats true in any airplane, really.

But since the SR20 and SR22 fly so much alike, save for some power and weight, the real question on our minds is whether the SR20 makes for a better trainer, since its an equally slippery airframe. Klumb says it does. Theres a big difference between the 200 horsepower in the SR20 than the 310 horsepower in the SR22 when it comes to left-turning tendency and the amount of right rudder input thats required on a go-around. In that sense, the SR20 can be much more forgiving, he said.

While most of the Cirrus runway prangs arent fatal, Cirrus is seeing some pilots get into serious trouble when they try to force the go-around when its simply too late to get the airplane flying again. In these cases, close the throttle, ride it out and let the insurance company handle the rest.

Much like it did with its icing standardization training, Cirrus is reintroducing its landing standardization course for distribution to its training centers and Cirrus standardized flight instructors. Klumb said that transitioning from the SR20 to the SR22 can generally be accomplished in a one-day differences course.