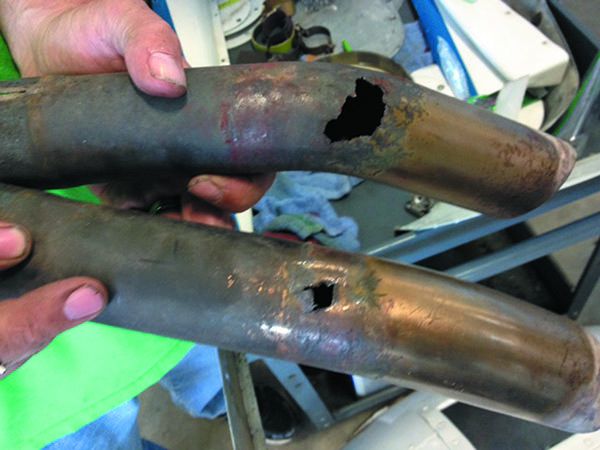 The full text of the AIR may be read at https://tinyurl.com/2p8na368

As background, the NTSB has no regulatory authority. It was commissioned by Congress to be the gadfly of transportation safety—to investigate accidents, find probable causes, issue safety recommendations, study transportation safety issues and evaluate the safety effectiveness of government transportation regulators. In the aviation world, its job is to try to find ways to make flying safer and to pester the FAA to issue regulations that will make that happen. The NTSB cannot force the FAA to do anything.

I admit to a long-term interest in CO issues in airplanes, having been exposed to it in flight and talking with my daughter, an EMT who was a member of a search team that spent much of a cold night looking for a missing airplane that crashed because of CO poisoning. Accordingly, I read AIR-22-01 in some detail. In it, the NTSB built its case for CO detectors with some care. It referenced the specifics on 31 accidents between 1982 and 2020 attributed to CO poisoning. Ominously, the authors pointed out that in fatal accidents there is a toxicology exam of the deceased pilot so that the CO level can be determined. In nonfatal accidents the pilot is almost never tested for CO levels, so there is no hard data regarding events in which the pilot was unable to control the aircraft due to CO poisoning but survived the return to earth. I wonder how many nonfatal accidents caused by seemingly stupid pilot screw-ups were due to CO poisoning. CO can easily cause stupid.

AIR-22-01 was nothing new, despite the media coverage it received. In 2004, after a review of CO poisoning crashes, the NTSB issued four safety recommendations to the FAA for action to prevent such accidents, including calling for the FAA to require CO detectors.

The FAA’s response to the 2004 recommendations was, among other things, to update Technical Standard Order (TSO) C48 for carbon monoxide detectors, conduct research into CO poisoning accidents and publish a special airworthiness bulletin with recommended (not required) actions to detect CO leaks during annual and 100-hour inspections, as well as a recommendation to replace exhaust systems at 1000 hours time in service. As of 2011, the NTSB officially reported that it considered the FAA’s response to its 2004 CO recommendations as “Unacceptable Action.”

In the ensuing years the NTSB has investigated accidents in which it was clear that aviation maintenance technicians had failed to follow FAA exhaust maintenance recommendations and did not detect exhaust failures during inspections made short periods of time prior to a CO poisoning crash. It also noted that exhaust systems had failed at well under 1000 hours time in service. In one example, the inspection took place 15 hours of flight time prior to the crash, no pressure testing was performed (it wasn’t required) and corrosion and pinholes in the exhaust were not detected. The exhaust system had 742.9 hours time in service.

In only one of the CO poisoning crashes was a CO detector found aboard the airplane. It was a “spot” detector that turns “dark” in the presence of CO. It had no aural warning. That particular one had a service life of 90 days but had been in place for over a year.

Realistically, in my opinion, the NTSB recognized that requiring installation of panel-mount CO detectors that meet a TSO would be prohibitively expensive. It stated that those that met an industry standard such as the Society of Automotive Engineers Aerospace Standard AS412B would be effective. It emphasized that accuracy and reliability of alerting capabilities should be the priority and meet “an aviation-appropriate minimum performance standard.”

We like that the NTSB was realistic in not calling for panel-mounted, TSO’d devices as a requirement. We’re going to watch what the FAA does as it goes through its risk/benefit evaluation. We like portable CO units for their capability and cost, and wonder whether the FAA would require carrying a portable device under Part 91—after all, it requires POHs and they’re portable.

I don’t like the idea of another FAR equipment requirement, but I’ve got a portable CO detector in my airplane. It was a Christmas gift from my wife. I think she wants to keep me around.