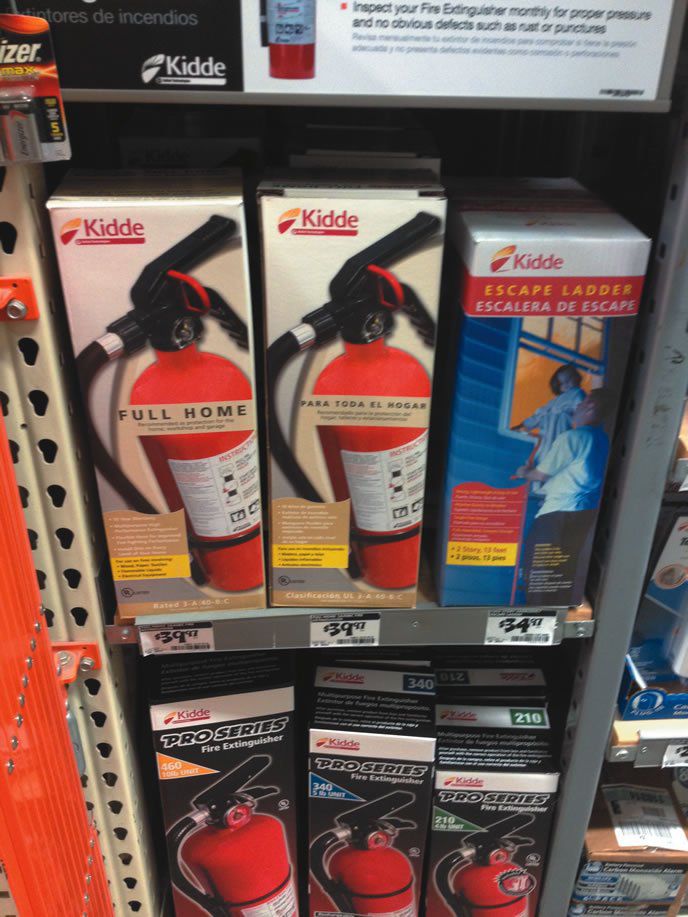 Dry chemical extinguishers have long been attractive because they are less than half the price of Halon and Halon alternative units. A visit to our local Home Depot store and a quick survey on the web found prices for 5B:C and larger dry chem extinguishers in the $35 to $70 range. However, the FAA specifically recommends against using them in aircraft in AC 20-42D. “In general, dry chemicals are not recommended for hand extinguishers for internal aircraft use, due to the potential for corrosion damage to electronic equipment, the possibility of visual obscuration if the agent were discharged into the flight deck area, and the cleanup problems from their use.”

We agree with the FAA—there are serious downsides to dry chem extinguishers in aircraft. First, there’s the blinding, choking chemical cloud. As we observed first-hand in our testing and the FAA stated in an earlier version of the AC, “Dry chemical extinguishing agents when discharged in crew compartments of confined areas may cause serious impairment to visibility. In addition, they may cause temporary breathing difficulty during and immediately after discharge.”

Second, the agents used in dry chem extinguishers are highly corrosive. In our research for this article, we saw warnings indicating that the post-discharge cleanup from a dry chemical extinguisher can be so involved that it may preferable to scrap the airplane because the chemicals work their way into every nook and crevice of the avionics and aluminum structure.