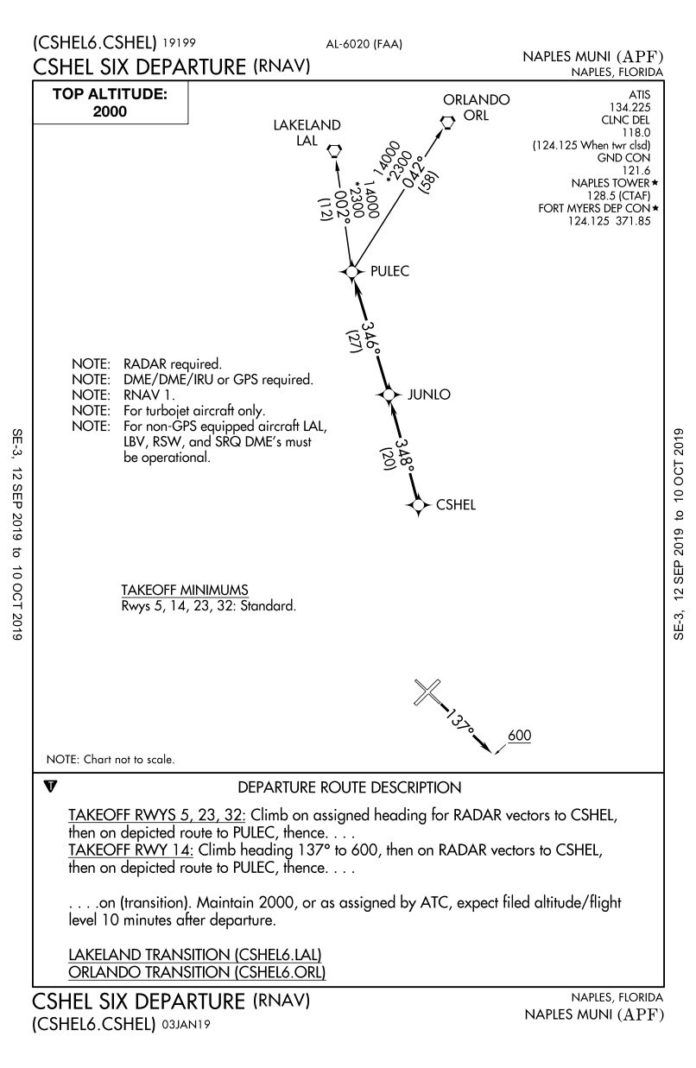 Since late August 2019, the ICAO flight plan form is required for all filed flight plans, both VFR and IFR, in domestic airspace. Interacting with fellow pilots, there still seems to be some confusion on the equipment codes, which are perhaps the most confusing part. Let’s dig deeper.

Specifically, on the form there’s Item 10 Equipment and Item 18 Other Information. Item 10 has two parts: avionics and surveillance capability. What makes the codes confusing is that unlike the older domestic flight plan form that used installed equipment, the ICAO flight plan goes a step further. The codes not only could refer to installed equipment (e.g., “D” for DME), but also capability (“B” for LPV) and approvals (“W” for RVSM Approved-reduced vertical separation minima, above FL290) and at times, combinations such as “Y” for VHF with 8.33 kHz channel spacing capability. Got that?

The first question that comes up is: Do I need to use all the relevant equipment codes? The short answer is no. To fully understand the equipment codes, we need to consider NextGen navigation, which focuses more on navigational capability rather than simply installed equipment. We also have to understand what is meaningful to ATC-one of the key customers of the flight plan. The other customer group is search and rescue (SAR) organizations including the Civil Air Patrol and the U.S. Coast Guard.

Let’s start with a relatively well-equipped light general aviation aircraft with VHF comm, VOR and ILS, WAAS GPS and ADS-B. The WAAS GPS in this case not only would provide position input to ADS-B Out transmitters, but also allows navigation capabilities for enroute segments and approaches. (However, some ADS-B Out equipment has embedded WAAS GPS to provide position but cannot be used for navigation purposes, so we’ll ignore this situation.)

The Code would be SG, meaning VHF comm, VOR, ILS and an IFR GPS. That is probably all that is needed. We could add a “B” for LPV capability, because it is a WAAS GPS. ATC would not care because they will never clear an airplane for an “LPV approach” because such an approach does not exist. ATC would provide a clearance for an RNAV (GPS) approach to RWY XX; the pilot decides which MDA or DA applies: LPV, LP, LNAV or circling. I fully realize that in day-to-day talk we all call them “LPV approaches,” which is a lot less verbose compared to “RNAV GPS approach flown to an LPV DA”.

Surveillance equipment means transponder and ADS-B Out. For ATC purposes, we know that the only thing that counts is ADS-B Out and not ADS-B In. There are two options in the U.S., of course: a Mode S extended squitter transponder (code E) on the 1090 MHz frequency and a UAT (Universal Access Transceiver) on 978 MHz. What complicates UAT is that it has to be associated with a transponder-which could be a Mode C or Mode S transponder. Does ATC care about ADS-B In? The answer is no, but also keep in mind that ADS-B In could consist of panel-mounted or portable receivers and panel-mounted or portable displays. For the flight plan code purposes, only panel-mounted UAT-In devices count.

These are the options for ADS-B: EB1, CU1 and SU1. If we want to show ADS-B In, the codes change to B2 and U2, but the “In” is superfluous to ATC. Additionally, with ADS-In traffic, the only thing ATC wants to hear when calling out traffic is “in sight” or “looking,” not “got ‘em on ADS-B traffic.” While we’re talking about it, ADS-B traffic cannot be used to take evasive action; only through visual contact with the traffic can such action be taken. However, let’s be clear; the addition of ADS-B traffic and weather (FIS-B) has contributed to safety, so I don’t want to minimize the value of ADS-B In.

Minimalist Item 10 codes would be SG/EB1, SB/CU1 and SB/SU1. If we want to add panel-mounted ADS-B In capability, we would use B2 or U2. We could add (in alphabetical order after the S) the following: “B” for LPV capability, “D” for DME, “F” for ADF and “Y” for 8.33 kHz spacing. Do keep in mind that the additional codes don’t matter to ATC, especially the “Y” code, because no U.S. ATC frequencies use 8.33 kHz spacing.

While PBN is one of the central tenets of NexGen it appears to be the 800-pound gorilla in the room since it is perhaps the most confusing part. The fundamental concept of PBN is navigation based on installed avionics capabilities and not specific equipment. This probably started with airliner flight management systems (FMS), which simultaneously use several sensors or receivers to calculate position. Such sensors include GPS, inertial navigation, VOR/DME, DME/DME/IRU (due to geometry DME/DME only is not approved in the U.S.; it needs to be augmented with an “inertial reference unit”).

A PBN value is a measure of accuracy and consistency of the navigational system. It is a probabilistic concept; for example, RNAV 1 means that 95 percent of the time, the airplane is within a 1-NM radius of the true, but unknown, position. For example, we really don’t know the cylinder head temperature, all we know is what the CHT gauge indicates; if not accurate, we might get a distorted view of reality. All the navigation systems have a PBN value including the astrolabe that Columbus used in the 15th century-it only measured latitude-and was highly dependent on “operator” technique and stability of the platform. In other words, the pitching of the ship.

For Part 91 (excluding Subpart K operations) there are really only two relevant PBN codes-C2 for RNAV 2 GNSS (GNSS is the international name for GPS), and D2 for RNAV 1 GNSS. The code B2 RNAV 5 GNSS can also be used, but if the navigator meets RNAV 1 or 2, it has to meet RNAV 5. Let’s try and simplify this.

To fly RNAV SIDs and STARs, we need RNAV 1, and to fly T and Q routes (airways wholly dependent on GPS) we need RNAV 2. From the AIM 5-3-4: “Published RNAV routes are RNAV−2 except when specifically charted as RNAV−1. These routes require system performance currently met by GPS, GPS/WAAS, or DME/DME/IRU RNAV systems.” See the chart of the CSHEL Six Departure in the upper left of this page, and red arrows pointing to the charted note.

If we file PBN/C2D2 in Item 18 Other Information, we are telling ATC that we are willing and capable of flying RNAV SIDs and STARs as well as T and Q routes. We can also add B2, but that would be redundant. If we file PBN codes, we must add an “R” PBN Approved in Item 10 Equipment to signal that we are filing PBN capability; also a bit redundant, in my opinion.

Do You Even Have Pbn?

How do you know if that mega-buck GPS in your panel is approved for PBN? The answer should be in the avionics supplement (which is required by the regulations) of the POH. If it’s an aftermarket install, there should be a flight manual supplement. For example, in the Garmin GTN navigator supplement, it says: “The Garmin GNSS navigation system complies with the equipment requirements of AC 90-100A for RNAV 2 and RNAV 1 operations. In accordance with AC 90-100A, Part 91 operators (except subpart K) . . . are authorized to fly RNAV 2 and RNAV 1 procedures.” There you have it. When was the last time you read the supplement? It’s worth a read-and it must stay in the aircraft.

Lacking that, check with your avionics manufacturer, but I can safely say that most, if not all, IFR WAAS and non-WAAS GPSs meet RNAV/B2C2D2 standards. Garmin publishes a spreadsheet with the PBN capabilities of its navigators. In case you are interested, the standards for B2 are found in AC 90-96A CHG1 and for C2 and D2 in AC 90-100A CHG1. Not exactly an exciting read.

I also get the question: Can I file Required Navigation Performance (RNP) capabilities? Technically yes, since some GPS navigators do meet RNP standards. However, it does not add any additional value for ATC purposes. This is the issue-RNP sometimes is used as a synonym for PBN, but it also refers to other capabilities that light Part 91 aircraft don’t have: mainly RNAV (RNP) RWY XX approaches.

What else do we need to file in Item 18 Other Information? Definitely file the ICAO hexadecimal code that is associated with the tail number; it is part of the aircraft airworthiness certificate. It is found in the FAA Aircraft Registry database. For example, CODE/A00002 is associated with the Goodyear Wingfoot One airship N1A, based in Pompano Beach Airpark, Florida (KPMP).

We could also file Radio Technical Commission for Aeronautics (RTCA) codes for ADS-B Out Standards; SUR/260B and SUR/282B for 1090 MHz extended squitter and UAT. I don’t think ATC would care and I would assume that all certified ADS-B equipment meets the standards. But maybe there are some in the fringes that don’t. For most light GA aircraft, the following codes would be sufficient assuming it is ADS-B equipped:

If, however, you want to signal to ATC that you are willing and capable of flying RNAV SIDs and STARs and T and Q routes, the codes could be:

The reality is that most of us now file flight plans using aviation apps that allow us to save aircraft profiles for filing purposes, so go ahead and use all the codes that apply. Keep in mind that most of the additional codes like “F” for ADF or “Y” for VHF comm frequency spacing don’t mean anything to ATC, but might give you a warm feeling documenting them. Go for it.

Last, I mentioned at the beginning a second customer group-search and rescue organizations or SAR. Do help them and yourself by identifying Survival Equipment in Item 19 on the form. It is not transmitted to ATC as part of the flight plan but if you ever need the help, the information exists.

When he’s not perfecting his superior knowledge of the confusing new ICAO coding and writing for sister publication IFR Refresher, contributor and FAA FAASTeam Lead Rep Luca Bencini-Tibo is flying his well-equipped Mooney in southern Florida.